The Luxury/High-End Conundrum: A Solution

In last month’s “The Luxury/High-End Conundrum,” I discussed reader Craig’s beef with the present landscape of high-end audio: “I am often frustrated by an increasing priority for and dedication to luxury. I have no problem with luxury or those who seek it, but it’s not what I am looking for. What to do?”

Craig’s frustration is understandable: A growing number of manufacturers are concentrating their efforts on the cost-instead-of-sense segment of the marketplace, which in recent years has seen $500,000 speakers and hundred-grand DACs. These products, far from being affordable for the average audiophile, not only dissuade some potential buyers from entering our hobby at all, but can supplant efforts by some companies to deliver great sound at real-world prices.

The most recent example I’ve heard about is from Dan D’Agostino Master Audio Systems. Despite the fact that D’Agostino’s products have produced some less-than-stellar measured results on Stereophile’s test bench, the brand continues to be well thought of, particularly by buyers who admired his upper-end work at Krell over the years. Now we hear that D’Agostino will offer the Helius, a mono amplifier, for $250,000 USD per pair. I’m sure it will be huge and gleaming and sound revelatory, but with a price that will buy a house, it will never be owned by more than a few audiophiles. Clearly, the Helius is intended for the hyper-discerning, golden-eared audiophile who can’t get musical satisfaction from D’Agostino’s Momentum mono amp, which costs a mere $55,000/pair.

I recently received a letter from a reader, Craig, that I was going to answer in SoundStage! Ultra’s “Letters” section. But the more I thought about my response, the more I realized that this letter and its main subject deserved a more detailed response than I usually provide in “Letters.” So I decided to devote an “Opinion” to it. Here’s the letter:

With respect to your recent column on closing the curtain on TWBAS: Bravo, Jeff. Bravo! I’ve said this before, but you are about the only member of the audio press who I care to read anymore. And this column is the perfect reason why. Like you describe, I was once a wide-eyed “audiophile” who was enamored with a lot of this ultra-expensive gear. And like you, I found my priorities change over time. I very much appreciate your willingness to buck the trends and tell the whole story, warts and all.

Closing the Curtain on TWBAS

I began my column “The World’s Best Audio System” (TWBAS) on February 1, 2004. In that first installment, which introduced the first TWBAS event, I profiled the original Wilson Audio Specialties Alexandria X-2 loudspeakers, the Halcro dm68 mono power amplifiers and dm8 preamplifier, the EMM Labs DAC6e digital-to-analog converter, and a Meitner-modified Philips SACD1000 SACD/CD transport, along with a bevy of power products and cables from Shunyata Research. The total cost of that system was about $205,000. At the time, such a price would have been considered cost-no-object by most sane audiophiles.

Over the course of the next decade I spent considerable time and effort to make TWBAS enjoyable -- columns, videos, photo galleries, and hundreds of letters and postings on various Internet audio forums. In that time, by my count, we published some 65 “TWBAS” columns; most of them covered a single product that had been designed to challenge the state of the art in its category.

Devialet, SAM, and the Changing of the High-End Guard

Last month, I wrote an “Opinion” piece titled “Can Someone Please Answer These Questions?!” One of my four questions was “Is Devialet really, really better than everything else?” I asked this because the buzz about Devialet’s integrated amplifier-DACs has been so ridiculously positive that I just needed to know the truth as heard through my own ears. This month I answer that question and another, about Devialet’s SAM system. But first, a bit of background . . .

Can Someone Please Answer These Questions?!

Being entrenched in high-end audio for the past two decades has given me plenty of insight into the inner workings of this business -- because I regularly talk with manufacturers and readers, I get to hear from both sides of that equation. And since I’m editor-in-chief of the SoundStage! family of publications, I know the press angle, too. But sometimes, I just can’t figure out the burning audiophile questions that are staring me right in the face.

This article is a cry for clarity. Here are my current stumbling blocks, most of them the results of attending Munich’s High End 2014 this past May. My e-mail is jeff@soundstagenetwork.com. Write in with a good answer to one or more of these and I’ll publish your response. Just include your name and your country of origin. Here they are: 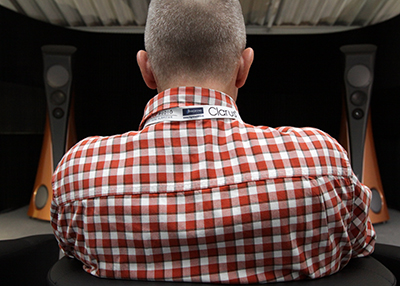 I’ve just returned from Munich’s High End 2014. I had a great time. Doug Schneider and I have been saying for several years now that this annual show is the most important display of high-end audio products anywhere in the world -- it’s the best show, in the best venue, with the best organization of any event that has anything to do with promoting high-end audio. According to the High End Society -- the German organization that produces High End -- 18,000 visitors attended the 2014 show to see gear representing 900 brands. Part of the reason High End is so successful is its venue, the Munich Order Center (MOC). This 323,000-square-foot facility was designed and built to house conferences and trade shows. The building itself is bright and spacious, with 142 display rooms, large halls and conference rooms, and glass-paned atria. It’s accessible and logically oriented, and it’s surrounded by a great city -- everyone seems to love to come to Munich for its excellent restaurants, tourist attractions, and sheer walkability.

How to Know You’re Getting Something Good Part Two: Research and Development

In last month’s “How to Know You’re Getting Something Good Part One: Quality Control,” I discussed and gave examples of some critical nuggets of information contained in our SoundStage! Global factory tours that allow the buyer to exercise greater discernment in selecting high-end-audio products to audition. Quality-control measures are often overlooked processes that are not fully revealed in equipment reviews, but they are captured in many of our company visits. I feel more confident buying from a manufacturer that has in place a robust regimen of testing and evaluating its products as they are being made. Before it’s put in the box and shipped out, is the component you’re considering all it’s supposed to be? A good company will have ensured that it is.

How to Know You’re Getting Something Good Part One: Quality Control 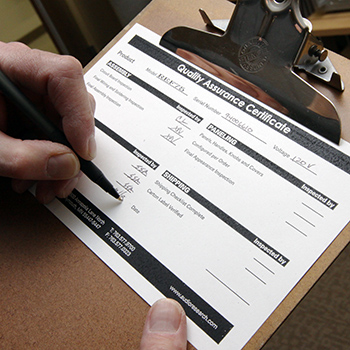 The SoundStage! Network’s SoundStage! Global website is one of the best resources I know of for researching manufacturers of high-end audio gear. The factory-tour articles published there can give you critical information about companies that you’ll rarely get from a review -- or most other places, for that matter.

I was reminded of this while editing the two tours Doug Schneider conducted just last month: of Magico, in California; and of Audio Research Corporation, in Minnesota.

I’ll explain the most important elements of our factory tours, so you can easily spot them -- or their absence -- in future tours. For the very first tour we conducted for SoundStage! Global, in February 2011, Doug and I visited Florida, the home of JL Audio. In the “Home Products Assembly” section of that tour you’ll see some critical processes in place at JLA that ensure that you get a subwoofer that meets its specifications every time. First, notice that each part of each subwoofer is individually tested before assembly. The raw driver is measured, the amplifier is measured, and the cabinet is inspected -- only then are they all put together to form a finished sub. But that’s not enough. Rather than assume that, since all the component parts are to spec, the final product will also perform optimally, JLA takes it a step further by measuring each fully assembled subwoofer. This is critical -- only at this stage will errors in assembly or inadvertent damage to subassemblies be apparent, any of which could result in the finished sub not performing to spec -- or not powering up at all. JL Audio ensures that this doesn’t happen by employing multiple stages of quality control at various points in the manufacturing process. This QC redundancy is crucial, and should set the buyer’s mind at ease. 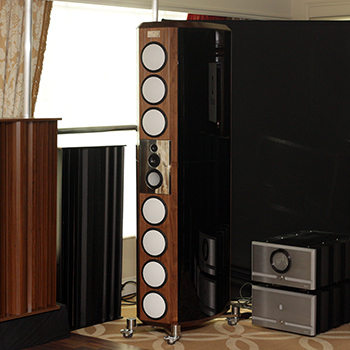 MartenThis is a bit late as these things go here at the SoundStage! Network -- Doug Schneider got his “The Best of CES 2014” out in February. However, this article doesn’t cover only the best stuff I saw at the big Consumer Electronics Show; here, I also talk about the absolute duds. Still, that’s a poor excuse for being a month late. Here goes.

While the Marten Coltrane Supreme II loudspeaker didn’t sound downright bad, it sure didn’t sound great. For the $450,000 USD a set of these costs, the implications are horrendous. C’mon, guys. Maybe the room acoustics were really poor, maybe the electronics were a bad match -- whatever the case, for the money being asked for a setup like this, the sound should be transcendent. It wasn’t.

A Eureka Moment: What Industry Experts Wish to Impress 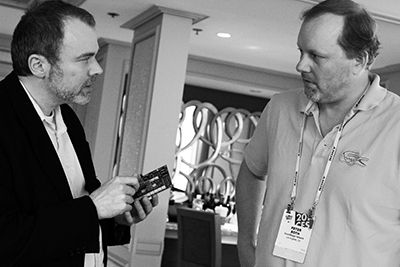 Bruno Putzeys and Peter RothWhile the show’s name is the Consumer Electronics Show, it’s actually a trade show not generally open to the consuming public (although at every CES some industrious consumers find a way in). At CES 2014, however, I thought it would be interesting to ask some veterans of the high-performance audio industry what they would, if they could, impress on those not in attendance, be they music lovers, established audiophiles, or aspiring newbies. These folks have seen it all -- I wanted to find out what wrongs they would try to right, what insights they’d like to pass along, what advice they might offer. While their range of responses was fairly wide, they developed into several key themes. Without further ado, I turn it over to the experts.