By 1991, vinyl had been pronounced dead. But Heinz Lichtenegger, who that year founded Pro-Ject Audio Systems, remained faithful to the format. Although Pro-Ject now makes all manner of hi-fi gear, from DACs and amps to cables and accessories, its foundation remains turntables, and it continues to improve and innovate in a field that has made an impressive and, to many, unexpected comeback. Clearly, Lichtenegger and a few others, such as Roy Gandy of Rega Research, and Harry and Sheila Weisfeld of VPI Industries, believed that the attractions of vinyl would remain strong enough for the format to remain viable.

Pro-Ject has taken a cue from Linn Products Limited, another longtime maker of turntables, and begun releasing recordings on its own label, Pro-Ject Records, on both LP and direct master tape copies on 1/4” reel-to-reel tape. Jazzy Zoetrope is a two-LP set featuring Austrian jazz guitarist, singer, and composer 7Ray, accompanied by the European jazz trio Triple Ace and trumpeter Simon Plötzeneder. The first disc is a studio recording made at Studio Baumgarten, in Vienna. The quintet recorded the second disc live at Pro-Ject Headquarters, in Mistelbach, Austria. 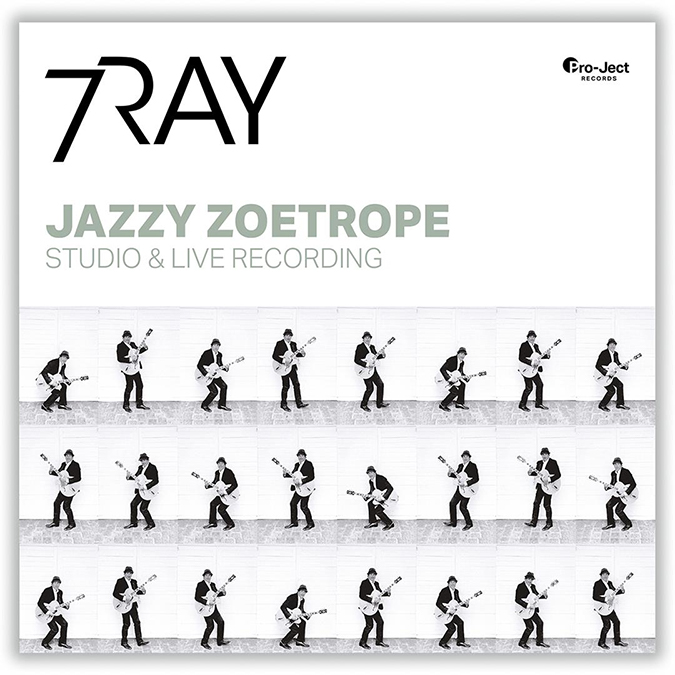 Although 7Ray often composes his own music, the 17 tracks on Jazzy Zoetrope are all standards. His singing is relaxed, and his slight Austrian accent gives these songs a charming touch. The quintet brings an easygoing swing to Cole Porter’s “Night and Day” -- I was immediately struck by the realism, openness, and precise positioning on the soundstage of Dusan Novakov’s drums. Oliver Kent’s piano is commanding and detailed, his solos richly presented.

7Ray sings Harold Arlen and Johnny Mercer’s “One for My Baby” accompanied by Kent, with help from Plötzeneder. Here and throughout the studio session, the singer’s voice is three-dimensional and warm, and Kent’s piano wraps him in lush chords. One of the most effective tracks is a moving version of “It Was a Very Good Year,” which 7Ray sings with great sensitivity. Kent alternates between simple chords and expansive flourishes, and Uli Langthaler’s bowed double-bass lines add to this song’s wistfulness.

7Ray strains just a bit on the high notes of “I’ve Been Missing You,” and it gives his performance more emotional force. Before listening to the entirety of the live disc, I compared its version of “Nature Boy” with the studio performance on disc 1. The arrangements are roughly the same, but I noticed that Langthaler’s bass sounded stronger and more defined live than in the studio.

That turned out to describe the entire live LP. It has a slightly flatter soundstage than the studio sides, but the playing is more pronounced and organic. According to Pro-Ject, “No monitor speakers were used during the recording at the Pro-Ject Headquarters in order to guarantee an absolutely sound-neutral, dynamic live stereo image during live recording. . . . ” The performance has an authentic live feel -- in fact, Plötzeneder’s trumpet solos are sometimes a little off-mike. Kent’s piano on George and Ira Gershwin’s “A Foggy Day” always sounds warm and full, but throughout the live disc it lacks the sparkle it has on the studio sides. 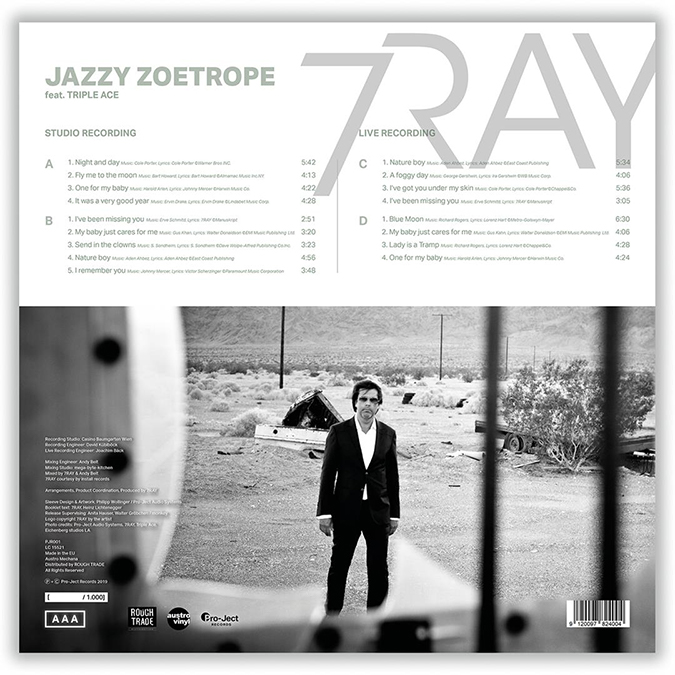 On the other hand, the live session sounds as it probably would have had I been sitting with the rest of the responsive audience on the day of the recording. I found things to like about both LPs, but the studio sides definitely have a more lively, three-dimensional sound. 7Ray is shown playing a hollow-body electric guitar on the album jacket, and in photos in the enclosed booklet, but I heard no guitar on either LP.

That booklet includes a description of the recordings. In both cases, the recording engineers, David Küblböck (studio) and Joachim Bäck used vintage tube microphones and other vintage gear, all analog, to capture the performances. Recording, mixing, and mastering were all analog. The 180gm LPs, pressed by Austrovinyl, in Fehring, Austria, are flat, quiet, and jet black, with no blemishes or other anomalies.

While Jazzy Zoetrope is not essential jazz, it’s an enjoyable and relaxing way to demonstrate how good your system sounds. Pour a glass of wine and listen to some very good European jazz musicians at work. The purity of the recording raises my hopes that Pro-Ject will do more like it.