In 1963, bassist, composer, and bandleader Charles Mingus recorded three albums for Impulse! Records. The first of these, The Black Saint and the Sinner Lady, is one of his best, and fit the Impulse! aesthetic of recording cutting-edge jazz. The third, Mingus Plays Piano, is a unique and valuable look at Mingus on the instrument he used to write his brilliant music.

At first hearing, Mingus’s middle release for Impulse!, Mingus Mingus Mingus Mingus Mingus, lacks the feeling of surprise and newness of The Black Saint and the Sinner Lady. For this album Mingus collaborated with arranger Bob Hammer to write fresh charts for some of his best-known compositions, renaming most of them -- “Haitian Fight Song” is now “II B.S.,” “Goodbye Porkpie Hat” is now “Theme for Lester Young,” etc. -- and reaches as far back as 1957’s East Coasting for “Celia.” The album recharges these older compositions, and the two 11-piece ensembles play with energy and conviction.

This new pressing of Mingus Mingus Mingus Mingus Mingus is part of Impulse! and Verve’s Vital Vinyl reissue series. Kevin Reeves of Capitol Records Mastering cut the lacquers for the series from 24-bit/192kHz digital files, and the LPs are pressed at plants in Europe. My copy of this LP came from the Czech Republic, as did the copy of Verve’s Stan Getz & Bill Evans: Previously Unreleased Recordings that I reviewed for SoundStage! Ultra in June.

Mingus Mingus Mingus Mingus Mingus was recorded in 1963, in two sessions in New York City, on January 20 and September 20. Mingus used an 11-piece band for each session, and the two lineups include such stellar players as Eric Dolphy, Jaki Byard, Booker Ervin, and Charlie Mariano. I have a 1996 CD edition of the album, whose music I’ve always found exciting and engaging. 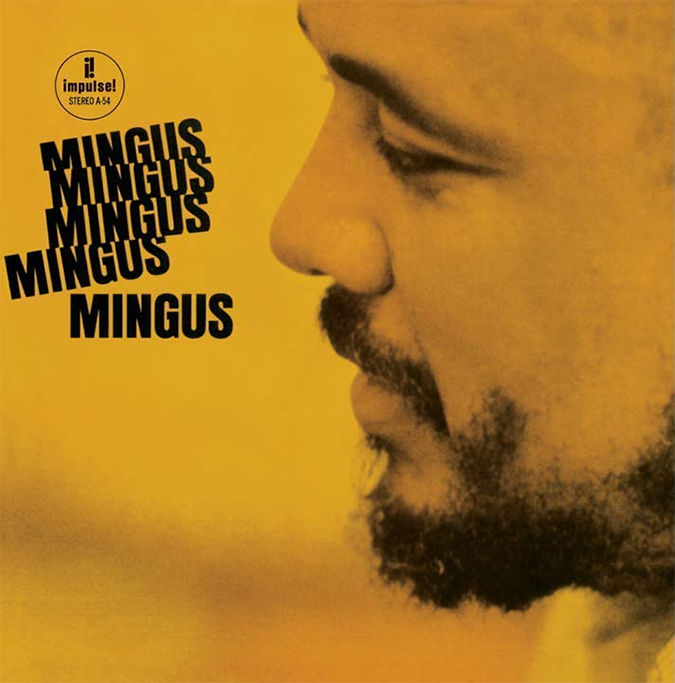 Mingus’s double bass opens “II B.S.,” and it has a lot of slam on both formats; on both, I can hear some background shuffling around by other musicians. Walter Perkins’s drums and cymbals, answering Mingus in the right channel, were more tonally realistic and less aggressive on LP, and as I listened more I found that Mingus’s bass sounds warmer on the new vinyl, with a greater sense of the full tone of each note resonating from the instrument’s large, wooden case.

When Mingus and Perkins lead in the rest of the band, the LP places the brass and woodwinds on a wider soundstage on which I could better hear and place them. The low-register brass in the right channel is focused, and the reeds in the left channel are textured and clean. As more instruments fill out Hammer’s chart, it’s easier to follow and identify them on vinyl; they tend to run together a bit on CD.

In the intro to “I X Love,” the interaction of the flutes (right) and saxophones (left) is more subtle on LP, on which I also get a better feel for each instrument’s tonal and timbral characteristics. As other players enter, the contrast of low-register woodwinds and brass has greater resolution on vinyl, the beauty and uniqueness of Mingus’s ideas coming through more fully.

Mingus pays homage to Duke Ellington with a beautiful, understated performance of “Mood Indigo,” and on the new LP Jaki Byard’s piano has more sparkle and openness. Mingus’s bass interacts more with the other instruments on vinyl, while the CD pushes the brass and woodwinds forward, reducing the role played by dynamics in this arrangement.

The new pressing gives me a better picture of the ebb and flow of the music in “Better Get Hit in Yo’ Soul.” Mingus’s use of the various sections of the band to support a soloist, and how each soloist responds, were presented more clearly on LP. The trumpets in the final section of this track are forceful on CD, but more nuanced on LP -- on which the performance of Mingus’s moving “Theme for Lester Young” sounds especially delicate, strengthening this composition’s emotional pull. 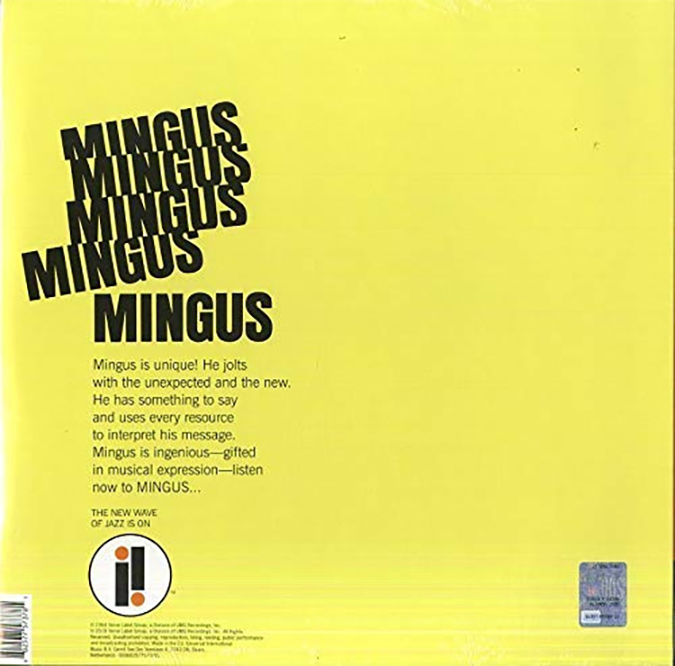 The LP is cut at a slightly low level, and the pressing, probably by GZ Media in the Czech Republic, was quiet overall -- but I would have welcomed the silent background of a Pallas, QRP, or RTI pressing. With that slight caveat, the occasional slight groove noise between tracks doesn’t distract me. I can hear some things, such as the reverb around instruments, better on CD, but now, having heard the new LP, the CD sounds too hot. The LP, I feel, gives a more balanced presentation of the sound of this music.

The album’s original cover was a gatefold; the reissue comes in a standard single jacket, the original’s gatefold liner notes and photos now printed on an inner sleeve of semi-glossy, medium-weight paper. The reproduction of the cover photo looks fine, albeit with a second-generation fuzziness.