Vinyl’s health -- it’s grown in sales every year since 2011 -- continues in a physical media marketplace that’s otherwise shrinking. In 2018, LP sales in the US alone totaled nearly 17 million units, and close to one-third of revenues from physical recording formats. So it’s a little surprising that some record labels have been slow to take advantage of this revitalized segment of the market. Verve’s foot-dragging is especially puzzling given the fact that the label is, with Blue Note -- now committed to reissuing much of its catalog on vinyl -- part of Universal Music.

The good news is that, in the first six months of 2019, Verve and Impulse! are reissuing a total of 40 albums from their back catalogs. Universal has named the reissue campaign Vital Vinyl, and it includes titles by Billie Holiday, Lester Young, Ella Fitzgerald, Stan Getz, and Charles Mingus, among others. Kevin Reeves of Capitol Records Mastering cut the lacquers from 24-bit/192kHz digital files, and the LPs are pressed at plants in Europe. My copy of Stan Getz & Bill Evans was pressed in the Czech Republic, presumably at GZ Media.

Tenor saxophonist Getz and pianist Evans recorded the album in May 1964, with Rudy Van Gelder doing the engineering -- but Verve didn’t release it until 1973, subtitled Previously Unreleased Recordings. The 1988 CD edition (Verve 833 802-2; its cover omits the subtitle) was one of my points of comparison with the new LP, along with an LP that was part of The Chick Corea/Bill Evans Sessions, mastered by Bob Ludwig and released in 1976 (2 LPs, Verve/PolyGram VE 2-2510).

The first sound on Stan Getz & Bill Evans is Elvin Jones’s drums introducing Cole Porter’s “Night and Day.” The new LP renders the drums more fully and convincingly than the CD, where they sound reserved, even two-dimensional. The hi-hat’s snap in the left channel on the new LP is sharper, the drums more open and resonant. They’re even more impressive in Bob Ludwig’s 1976 mastering, where the cymbals have more sparkle. Ron Carter’s double bass is somewhat in the background on all three editions, but has more low-level punch and slightly more definition in the 1976 pressing. The new LP has more bass heft than the CD, but lacks the impact of Ludwig’s cut.

Evans’s piano sounds more impressive, more harmonically full on the new LP, and I found it easier to follow his chording behind Getz than I could on the CD, where his notes sound a bit soft at the edges. Once again, though, the piano is richer and more layered on the 1976 LP, and Evans’s solo in “Night and Day” has more emotional force. Getz sounds less resolute and committed on CD than on the new vinyl, which better captures the tonal qualities of his tenor sax. Of the three versions, Ludwig’s LP presents Getz in a more immediate way that makes me feel as if he’s playing in my listening room.

Jones begins Evans’s “Funkallero,” and the new vinyl again gives his drums more space to ring out and make their mark than does the CD. Getz’s tenor has more texture on the new LP, and his notes seem to flow more easily. Evans’s piano sounds tinny, notes decaying more quickly on CD -- on the new pressing they’re more lifelike. But when I return to Ludwig’s LP, I hear once again that it has more immediacy and excitement than the other reissues. Jones’s drums in the opening are explosive, Getz’s horn more lifelike and in the room; and Evans’s piano notes have longer sustain, Carter’s bass more impact.

Ron Carter played in the recording session of May 5, 1964, but on May 6 he was replaced by bassist Richard Davis. In “My Heart Stood Still,” Getz’s tenor sounds somewhat muffled on the CD, and Davis more in the background. This track is brighter and more open on the new LP, with a deeper, slightly wider soundstage that lets the instruments register more clearly. Ludwig’s 1976 vinyl mastering is more exciting and detailed, with Getz’s sound in particular reaching out into the room and Jones’s cymbal work shining, and Davis’s bass lines have slightly more emphasis. 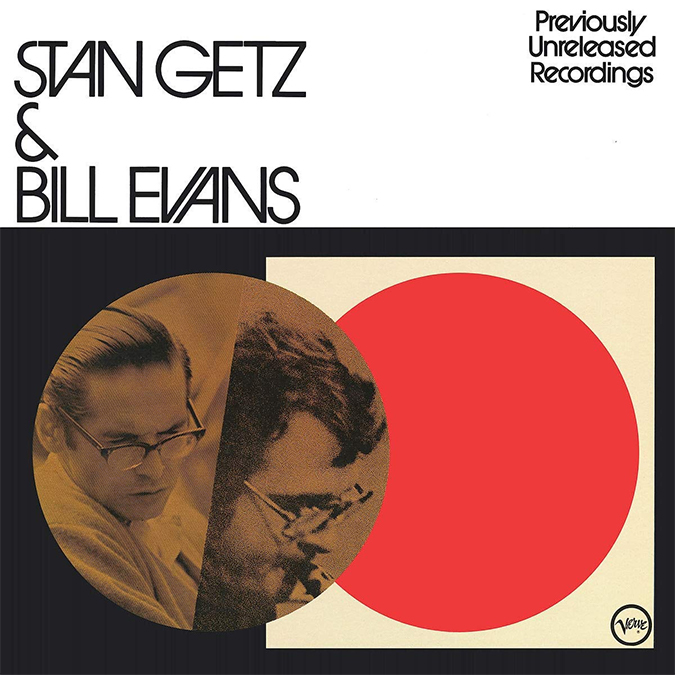 The new LP does create a wider soundstage than the earlier vinyl, and gives the drums, especially, more room -- but Jones’s solo in Rodgers and Hart’s “My Heart Stood Still” generates more heat in Ludwig’s mastering. In the opening of “Grandfather’s Waltz,” Evans’s piano has more body and resonance on the earlier LP, but sounds convincing and natural on the new one in a way the CD doesn’t convey.

The first few times I compared the 2019 and 1976 LPs, I leaned strongly in favor of the latter -- but as I continue to play the new pressing, I find I enjoy its openness and sense of space. It’s cut at a lower level, but increasing the volume adds life and scale to the music. Ludwig’s mastering is a more thrilling listen -- both bassists’ attacks seem stronger -- but I warmed up to the new LP’s bigger soundstage and somewhat clearer picture of the instruments.

Because this reissue sounds best at somewhat higher volumes, it’s a good thing the vinyl itself is so quiet. This is the third or fourth recent LP pressed by GZ Media that I’ve heard, and I’ve been consistently impressed with how flat, clean, and quiet they are. If you don’t have Stan Getz & Bill Evans on vinyl, you’ll be pleased with this edition -- but I advise you to first look for a copy of The Chick Corea/Bill Evans Sessions. In addition to all its good sonic qualities, it also includes Getz’s Sweet Rain, a terrific 1967 session by Chick Corea, Ron Carter, and Grady Tate.