Steve Miller secured his place on classic rock radio in 1973 with The Joker, which began a run of popular LPs that continued with Fly Like an Eagle (1976) and Book of Dreams (1977). Songs from those albums still get heavy airplay, so your chances of hearing them in the grocery store or a cafeteria are pretty high. While those albums are well crafted and full of good humor, Miller’s best records, for me at least, remain his first four, all released under the name The Steve Miller Band: Children of the Future, Sailor (both 1968), Brave New World, and Your Saving Grace (both 1969).

Those early albums had the air of discovery and risk that embodied what was so exciting about the rock music of the late 1960s. My favorite among them has always been Sailor, for its combination of down-to-earth blues and psychedelia, and its engaging mixture of the American and British pop-music strains of the time, the latter a result of Glyn Johns’s production.

Miller and Kent Hertz remastered Sailor as part of Capitol Records’ reissue on vinyl of Miller’s first nine albums. I’ve owned several copies of Sailor, including an early Capitol “rainbow label” pressing that I’ll be comparing with this new one. Miller and Hertz mastered this LP from high-resolution (24-bit/96kHz) digital files they’d made.

The story is that for “Song for Our Ancestors,” which opens Sailor, Johns recorded the sounds of San Francisco Bay. Foghorns, waves lapping at the shore, and other sounds merge with the strings-like effects of a Mellotron that seep in at a few points before guitar chords flesh out the sound. These details are impressive on the new pressing -- the sound of the waves is a bit more audible, the foghorns more immediate. The soundstage on the older record goes farther back, however, and gives the effects and the music more body.

Miller and Hertz backed down some of the low-frequency energy on Sailor, which lets through some other instrumental details. As a result, however, some of the earlier version’s power is missing. Drummer Tim Davis’s mallet hits on the toms in “Song for Our Ancestors,” for example, sound a little duller on the new release. The new LP strikes a more pleasing balance for other songs. In “Dear Mary,” guitar arpeggios and keyboard details come out more clearly, but Miller’s voice sounds more reserved, even though it is more focused. 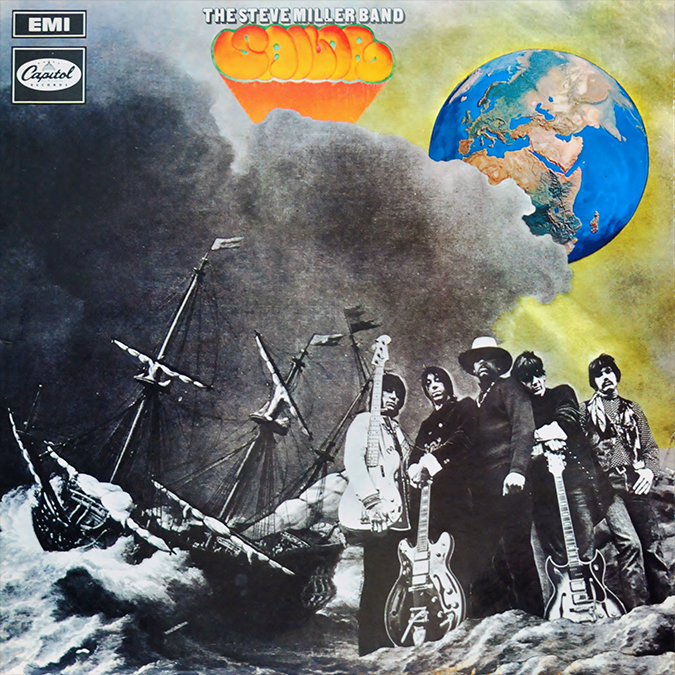 The new vinyl is more revealing in several places. In “Living in the U.S.A.” I was able to hear more guitars and backing vocals, but the physical force of Miller’s breath through the harmonica on the original is missing -- and Lonnie Turner’s bass, while now sounding slightly more detailed, has less overall heft. Boz Scaggs’s “Dime-a-Dance Romance” has an untamed drive in the original pressing; the new master lets me hear more guitars and voices, but I miss some of the aural assault of the earlier version.

In some cases, Miller and Hertz made the right calls. I could better hear the multitracked vocals in “Quicksilver Girl,” as well as the tambourine taps behind the voices. “Overdrive,” the other Scaggs tune here, is more instrumentally interesting on the new version, which brings out the guitars and voices in higher resolution. Depending on my mood, I may turn to the new pressing to enjoy hearing more interplay among instruments, but turn to the original for its rock’n’roll energy.

I compared the new LP to the 24-bit/96kHz FLAC download, available from Acoustic Sounds and HDtracks. The FLAC file restored some of the low-frequency energy -- Tim Davis’s mallet strokes in “Song for Our Ancestors” were firmer and more defined than on vinyl. The sound of rain behind “Dear Mary” is easier to hear in the hi-rez file, with a clear presence it lacks on the LP, and “Dime-a-Dance Romance” regained some of its power.

While I felt that the guitar solo in “My Friend” built more dramatically on vinyl, it seemed to come on in full force on FLAC. The bass was powerful in the FLAC file, but more cleanly presented on vinyl. The multitracked voices in “Quicksilver Girl” sounded airier from the new LP, and while the soundstages on neither format matched the depth of the original vinyl, the new LP sounded less compressed, and conveyed a better sense of space between instruments.

I picked up three of the new Steve Miller reissues, all made in the Czech Republic. The pressings are quiet and generally well done, but my copy of Sailor was slightly dished. It played fine, but when I cleaned side 2, the LP slipped a little on my acrylic mat. The cover art is well reproduced, and printed on the lightweight cardboard that’s the standard for most LP releases. If you have later pressings of Sailor, say from the mid-’70s, you’ll no doubt find the vinyl on this reissue much quieter and the sound livelier. If you have an original copy, you’ll find, as I did, that there are things to like on this new LP, but you may miss some of the earlier record’s punch.