Freddie Hubbard: "The Hub of Hubbard"

Freddie Hubbard left Blue Note in 1965, after having made nine albums for them as a leader. He then made four albums for Atlantic, and this one for the German label MPS, before settling in for a while with CTI. His work for Atlantic hovered between hard bop and the avant-garde, but The Hub of Hubbard (1970) is straight-ahead bebop with a terrific lineup of players.

One of five new vinyl reissues of recordings MPS originally released between 1970 and 1980, The Hub of Hubbard was recorded on December 9, 1969, at MPS’s studio in Villingen, in Germany’s Black Forest. “Without a Song” opens things swiftly: Hubbard announces the melody with a sure tone, and quick notes played with assurance and spark. Richard Davis’s bass playing is agile and firm, keeping pace with the leader. Pianist Roland Hanna’s chord splashes give the track its harmonic shape, and Eddie Daniels on tenor sax matches Hubbard’s drive and enthusiasm.

The album’s 2009 CD release sounds a little flat and reserved compared to the new LP. Davis’s bass playing is authoritative and full-toned on the LP, and Louis Hayes’s drums are sharper toned -- the snare is more intense. Hubbard’s trumpet is more three-dimensional, and he and Daniels’s instruments are more clearly placed. The subtlety of Hayes’s cymbal work is presented better on the LP, and so are the band’s excitement and drive. 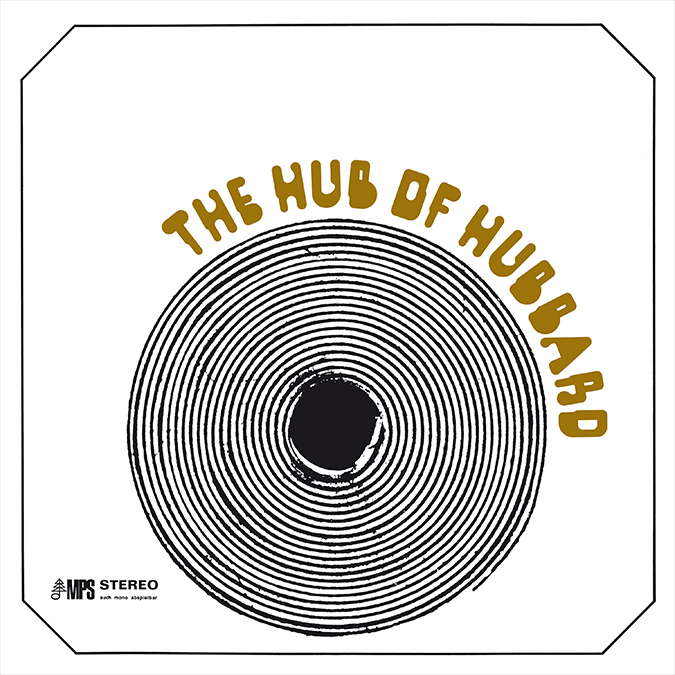 “Just One of Those Things” is played at an even quicker pace than “Without a Song,” and again, the LP lets you hear more of what’s going on. Hanna’s chords have more sparkle, and his solo rings out more cohesively. Hubbard, Hayes, and Hanna are firing on all cylinders at several points, but on CD, Davis’s bass seems to lose its grip in the tumult -- on LP, its sound remains impressive and full as it holds down the foundation.

Things slow to a medium pace in Hubbard’s “Blues for Duane,” in which the composer makes skillful use of his Harmon mute. Davis lays down firm, bouncy lines behind him, and it’s easier to hear his impressive technique in his quicker lines. Hanna’s chords sustain longer, and his solo gives a better picture of the piano’s size and fullness of tone. Hayes’s cymbal accents are easier to place, and his brushwork on snare is more impressively present.

The Hub of Hubbard closes with Sammy Cahn and Jule Styne’s ballad “The Things We Did Last Summer.” Hanna’s opening chords sound more vibrant and open on the new pressing, and the reverb surrounding Hubbard’s trumpet is firmer, and gives the trumpet more body. Hanna brushes the piano’s strings with his hand at a few points, and the chords ring out and hang in the air longer than they do on CD. Davis’s bass has more presence, and Hayes’s very subtle brushwork is easier to hear.

MPS is also releasing a new CD remastering of The Hub of Hubbard; perhaps it will improve on the 2009 edition I have (Jazzclub/Universal 06025 1794573), which sounds fine but lacks the intensity and the immediacy of the vinyl. I can’t imagine any digital version of this recording sounding better than this AAA LP, and Hubbard fans shouldn’t hesitate to pick it up. It sounds fuller and more three-dimensional, and more accurately captures the essence of the performances.

The other new titles in MPS’s vinyl-reissue series are Walking the Line, from the Oscar Peterson Trio; Images on Guitar, by the Brazilian guitarist and composer Baden Powell; Joe Henderson’s Mirror Mirror; and Montreux Alexander, a 1976 live recording by pianist Monty Alexander. All five are available as 180gm, AAA LPs, and as high-resolution downloads and reel-to-reel tapes. Each LP includes an insert with new liner notes and a photo of the original tape case. I hope to soon review some of these.

I reviewed the vinyl reissue of George Duke’s recordings for MPS, and as the label’s vinyl series unfolds, I continue to be impressed with the quality of the pressings, which are done by Optimal, in Germany. They are flat and absolutely quiet. The mastering, by Christoph Stickel and Dirk Sommer, is outstanding, and shows how, when produced with this much care, vinyl can still outshine every other format.