The Church, formed in 1980 in Sydney, Australia, released four albums that sold well at home and stirred up some interest in Europe and the US, but it was the band’s fifth album, Starfish (1988), that brought an international following. The band’s previous albums had been recorded at studios in Sydney, but Starfish was recorded in the US, with Greg Ladanyi and Waddy Wachtel producing.

The two American producers gave the band a more open, less sonically packed sound that may have helped sales in the US, but the Church had already shown it had the goods. The band’s songs had strong melodies and great hooks, and used bright, chiming guitars with effects pedals to create a shimmering, deeply enveloping sound. The first single from Starfish was “Under the Milky Way,” and it made the Top 40 in the US and sold briskly in other countries, helping to bring attention to the album. 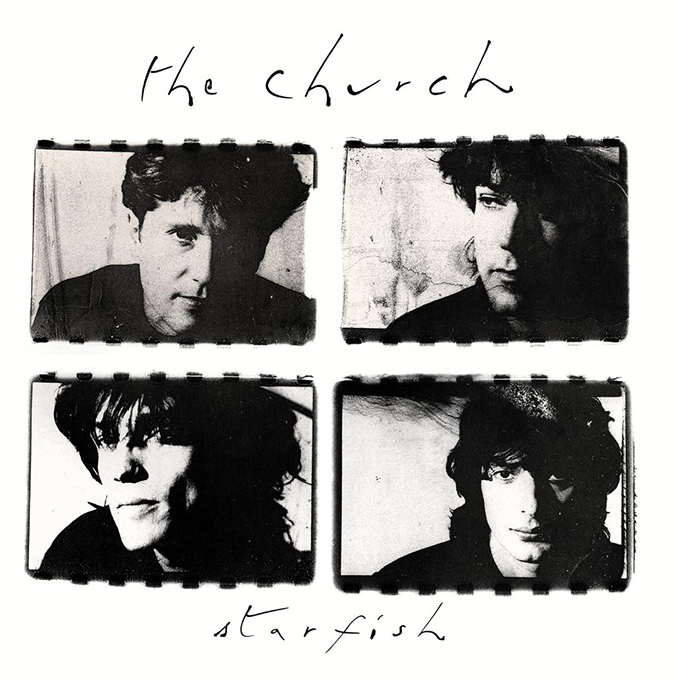 Intervention Records has released an expanded, two-LP version of Starfish, with bonus tracks that weren’t included on the original vinyl or CD releases. Ryan K. Smith mastered the vinyl from the original analog tapes, and Steve Kilbey, the band’s bassist and lead singer, approved the final product. The two-LP set is cut at 33⅓ rpm, and my point of comparison for this review is a 1988 CD release on Arista Records.

I went immediately to “Under the Milky Way,” a favorite song of mine and one I played quite a few times in the late ’80s and early ’90s. The two acoustic guitars that open the song are well separated on the CD, but even more cleanly focused, sharply presented, and full on the remastered LP. I heard the individual strings ringing out more brightly and in more detail in the chords, and I could hear more easily that one guitar is being played clean, but the other is using effects.

When Kilbey enters on bass in the second verse, the low notes struck with more force on the new pressing, and Richard Ploog’s cross-sticking on drums had more snap and sustain. Background vocals were grander and more harmonically layered, and the various keyboards and other effects sifting through the song had more body and presence.

Starfish opens with Peter Koppes’s understated rhythm-guitar strumming on “Destination,” soon joined by a thumping bass line from Kilbey. Marty Willson-Piper plays a four-line figure on lead guitar against Koppes’s chords, and as the drums enter the song builds in volume. On the new pressing, all this activity takes place on a much more generous soundstage that lets the instruments register clearly, and the buildup of the opening is far more dramatic. The song switches effectively between softer and louder passages, and the dynamic shifts had more impact on the new LP. 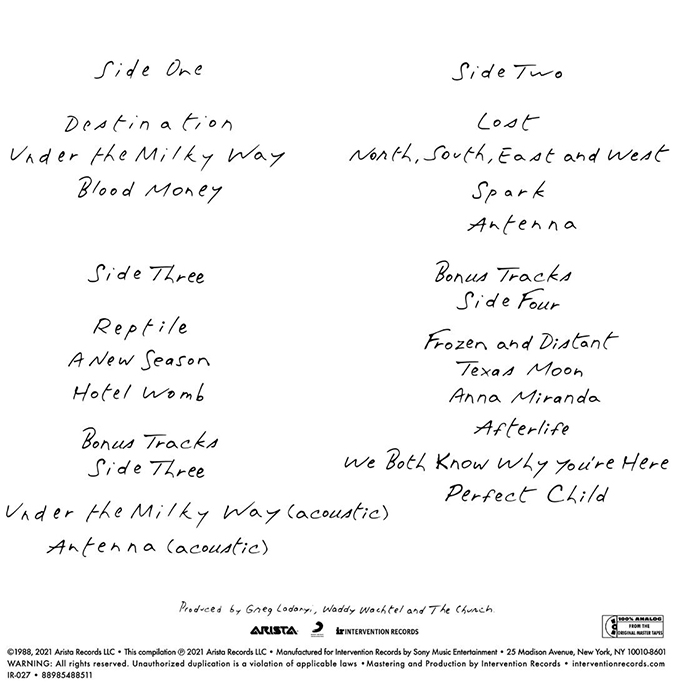 “Reptile,” the second single taken from Starfish, didn’t chart as well as “Under the Milky Way,” but hit number 27 in the US and remains one of the Church’s most popular songs. The signature guitar riff from Willson-Piper that opens the song is bathed in chorus and delay, and on the vinyl it sounded larger and more expansive, and the delayed notes echoed more resolutely. Ploog’s hi-hat sounded papery on the CD, but shone with a bright edge on the vinyl, and his snare cracked harder and more resonantly on the new LP—I could better hear the sound of the stick echoing inside the drum.

Koppes’s guitar lines, playing against Willson-Piper’s riff on “Reptile,” were more textured and colorful on this reissue. Throughout the new LP, the guitars sounded like they were coming from amplifiers that had been miked, in contrast to the flat, direct-to-the-board sound they had on the CD. I felt like the arpeggio that opens “Lost” reached out of the speakers to surround me on this new pressing, and the kick drum, just slightly audible on the CD, now thumped soundly. The harmony vocals were also more structurally complex and pleasing to the ear on the LP.

While Starfish is less crowded than some of the Church’s other recordings, there’s plenty going on and this pressing lets you hear how much went into the songs. The acoustic piano in “Destination” was audible on CD, but a bit murky. Here it takes its place in the arrangement of the song. It’s easier now to hear the guitar line that plays against the shimmering chords on “North, South, East and West,” establishing the tone of the song. Throughout the album, the music is presented on a much larger scale, and it’s easier to get lost in it and to hear how strong a foundation Kilbey and Ploog created for all the other elements in the recording. Kilbey’s bass was especially hard-hitting and imposing throughout this new LP.

Four of the eight bonus tracks included with this reissue of Starfish first appeared on an EP accompanying a limited-edition 1988 LP release. The other tracks appeared on an expanded, 30th-anniversary edition of the disc. Acoustic versions of “Under the Milky Way” and “Antenna” help show how the band and their producers used the studio to expand on the basic structure of the songs. The remaining bonus tracks, such as “We Both Know Why You’re Here” and “Texas Moon,” illustrate the creative energy that drove Starfish, and it’s good to have them on vinyl. 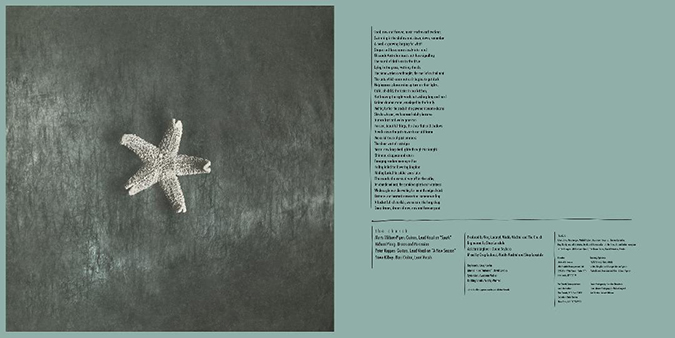 On this reissue, the original ten tracks have been pressed over three sides, with two of the bonus tracks at the end of side 3 and the remaining additional songs on side 4. The original album clocked in at over 46 minutes, a bit long for a single LP. Spreading the music over nearly three sides allowed the discs to be cut with wider grooves, which improves stylus tracking. Neither of my turntables had any problems hanging on to the music with this pressing, which has much more low-frequency energy than the earlier CD release. My copy was cleanly pressed, quiet, and flat. The heavy cardboard cover and tipped-on, high-gloss artwork are consistent with Intervention’s impressive quality standards.

Starfish was the only Church album to enjoy international success. The group’s follow-up, Gold Afternoon Fix (1990), charted modestly and later albums were distributed in the US by Cooking Vinyl, an independent label. The band has continued, with some personnel changes, to make good albums, but Starfish remains its best known and biggest-selling release. Ryan K. Smith’s revealing remastering shows it to be an even better album than I had thought, one that I’d now rank with the best of the 1980s.