Cropper has remained active, recording two albums with former Rascals member Felix Cavaliere, Nudge It Up a Notch (2008) and Midnight Flyer (2010), and, in 2011, he released Dedicated: A Salute to The 5 Royales, a tribute to the great R&B group that came to fame in the 1950s. For Dedicated, Cropper enlisted the help of an impressive lineup of singers, among them Sharon Jones, Bettye LaVette, and B.B. King.

Guitarist and songwriter Jon Tiven helped with the production on Cropper’s new album, Fire It Up, and fills out the tracks by playing a lot of the instruments on the backing tracks. A number of other musicians drop in, and Roger C. Reale, a songwriter whose résumé includes a stint as leader of the band Rue Morgue, handles the lead vocals and wrote the lyrics for most of the songs. 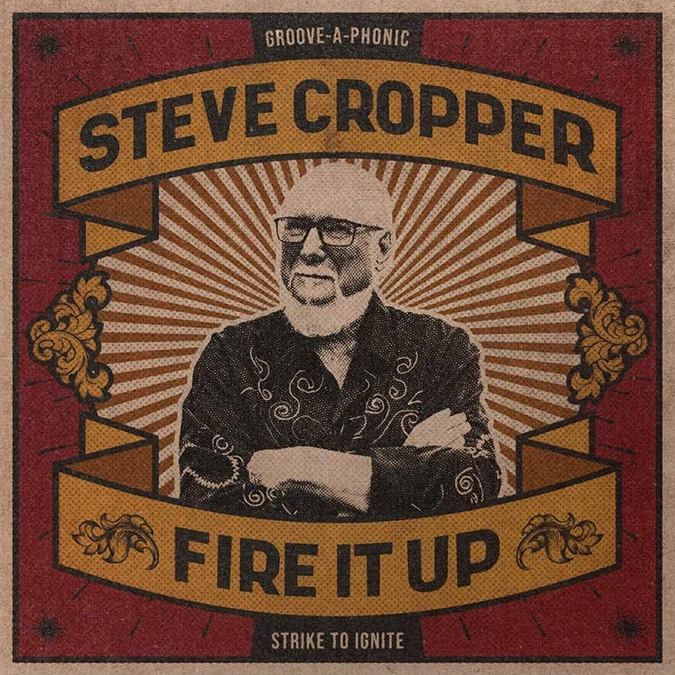 The instrumental “Bush Hog Part 1” kicks the album off with a signature Cropper riff that Tiven matches with a hard-thumping bass line. Tiven also plays some punchy saxophone lines that reflect the song’s Stax/Volt lineage. Cropper adds a low-register melody that transitions into a series of chords played against the horns and a bubbling organ riff. The track is just over a minute long, but firmly announces that Fire It Up is an album of southern soul, the musical genre that Cropper had a hand in creating.

Cropper’s bright-toned rhythm guitar gives the title track its momentum, with help from drummer Nioshi Jackson. Cropper plays a series of intervals in the right channel that make the song jump, and his solo is brief and effective. The chording and fills on “One Good Turn,” with Cavaliere guesting on organ, are prime examples of Cropper’s mastery of ballads, a standard he set long ago that guitarists still follow.

“Out of Love,” another track with Cavaliere on organ, includes a prime example of Cropper’s method in crafting a solo. It’s strongly felt, cleanly played, and makes its point without lingering too long. Paul Rodgers, of Free and Bad Company, cowrote “She’s So Fine” with Cropper and Tiven, and it’s the strongest track on the disc, driven hard by Omar Hakim’s stomping drums and another killer solo from Cropper. 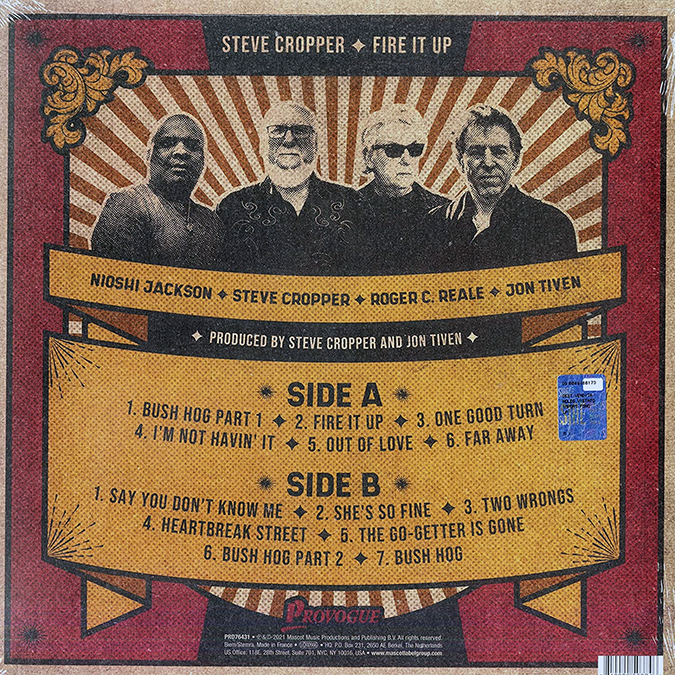 Jackson is the drummer on roughly half the tracks on Fire It Up, and guest drummers include Hakim, Simon Kirke, and Chester Thompson. All of these musicians know that this kind of soul music works best when the drummer stays firmly in the pocket. Tiven provides bass, keyboards, sax, and harmonica, filling out the arrangements without overstuffing them. Reale is workmanlike and has to reach for some of the high notes, but that often gives his work on the album some weight.

My vinyl copy of Fire It Up was pressed in France by MPO, and the LP was clean and played quietly, if perhaps not quite up to the standard of a Pallas or QRP pressing. Instruments were solidly imaged, and Reale is better served on the LP than on a digital version of the album I evaluated, where his singing was less engaging. Cropper’s guitar tone rings true on the pressing, and his sure ear for the right riff or chord sequence defines every track on Fire It Up. Even at nearly 80 years old, Steve Cropper can still deliver.