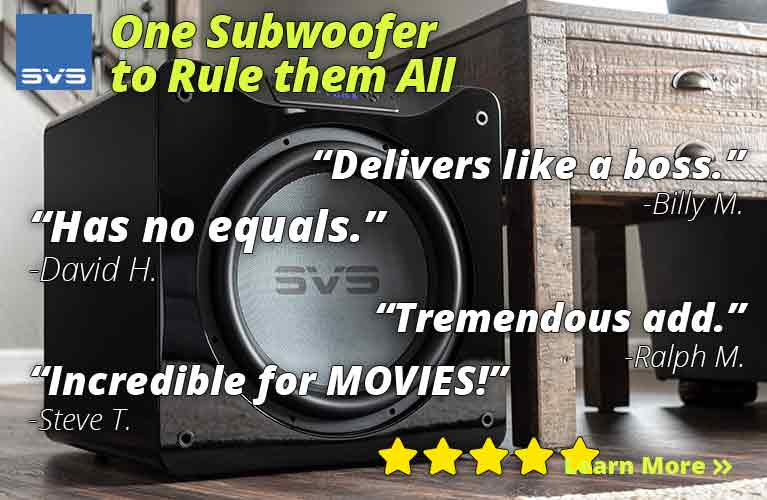 What in Audio Excites Me?

Last month I wrote “System Finished: MSB Technology Discrete DAC.” In that article I detailed what went into my selecting this fantastic digital-to-analog converter from California as a permanent part of my audio system. Then I gave a rundown of everything in my new audio rig, which I began assembling in July 2017. As stated in that article’s title, that system is now finished, and I can breathe a sigh of relief. 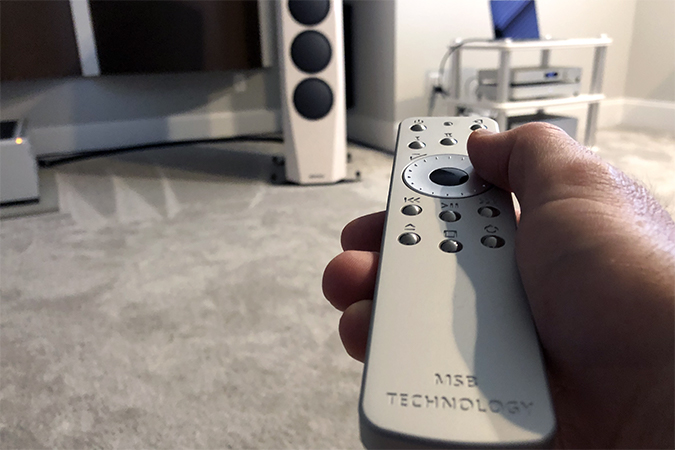 Experience has since confirmed that I made the right choices. Over many hours of the past few weeks I’ve listened to my newly completed system, exploring music not only in my collection but also brought up from a deep dive into Qobuz. I’ve heard many things that were new to me in terms of both music and sound. This DAC -- and my system -- are amazing. I’m experiencing no buyer’s remorse, no second guesses, no Audiophilia nervosa.

But in this hobby, there’s always a What’s next? And before I put fingers to keyboard, I had to admit that the answer to that question isn’t as clearly defined as I’d like it to be. To be an audiophile is to be, at least much of the time, unsatisfied on some level. I mean, we have to be, right? That’s what keeps our hobby a hobby. You might research ovens before buying a new one, but unless you’re a chef or ovenphile, you’re unlikely to keep reading reviews of ovens after you’ve made your purchase.

The gear is why you’re here. You’re probably reading SoundStage! Ultra today not because I and my fellow reviewers are super-compelling writers, but because there’s some part of your stereo system that you think could be improved, and you’re curious to see if the gear we’re writing about is something that might interest you. Maybe you’re replacing a component because your finances have changed. Or you’ve moved into a new room. Or your tastes have shifted. Or you’ve experienced a problem in reliability with one of your components. Or any of a hundred other reasons. I hear these sorts of things from you guys all the time. In short, audiophiles are always looking for a reason to buy something new.

And why not? If it’s a good fit and you can afford it, you hope it will result in greater musical enjoyment, maybe more pride of ownership, maybe more reliability -- maybe just being cool among the In Crowd. (OK, not really -- nor will the Corvette.) Buying a nifty new piece of equipment keeps our hobby -- and the audio industry -- churning. Which, for me, begs a question: What do I do to keep them both churning?

The first thing that comes to mind requires me to put on my stuffy professional reviewer hat for a moment.

I’ve said for a while now that I’m very interested in discovering gear that exceeds my expectations in terms of sound quality, build quality, usability -- heck, all of my expectations -- for the price. But that doesn’t mean components that are usually categorized as “budget.” That approach wouldn’t work for Ultra. There’s a big difference between expensive and overpriced. I’m often OK with the former, never with the latter. I realize that making that distinction is a mostly subjective process, but it’s what I’m here to do: use my two decades of experience as a professional audio reviewer to help you to sort out components.

In short, the best Ultra-level gear is good value for the dollar, regardless of how expensive it is. And that’s the audio gear that will continue to be what’s next for me. It excites me.

But it’s not the only thing.

On May 30, I and my family watched the SpaceX launch from our living room. I was absolutely mesmerized. The Falcon 9 rocket and Dragon capsule carrying two American astronauts into space, then on to the International Space Station, was a massive win for SpaceX founder Elon Musk, NASA, and the good ol’ US of A. The literal sky is no limit for what might be accomplished over the next ten to 15 years by these talented women and men. Isn’t it inspiring? 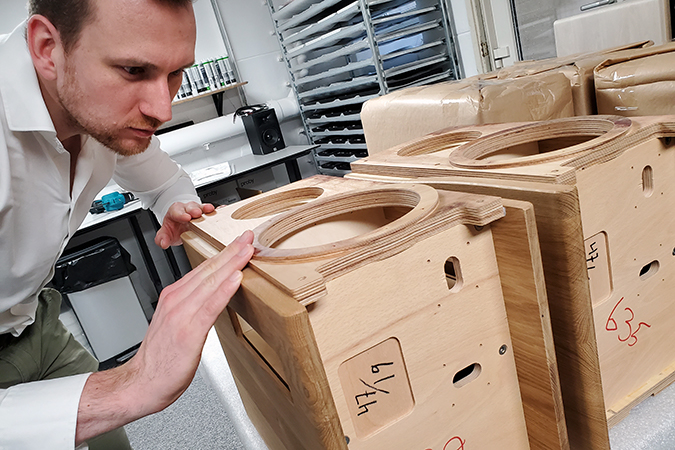 Research and development on the SpaceX scale is not going on in high-end audio, but I know that there are many brilliant innovators out there working on cool new toys for audiophiles. What we soon might see and hear is anybody’s guess, but I think the trend could be a decided lack of a trend. For instance, there’s real movement in active speakers. This has been led by such relatively new startups as Dutch & Dutch and their favorably reviewed 8C loudspeaker. Our SoundStage! InSight video shows the 8C to be a remarkably mature product for so young a company, and points in directions not only of active and powered designs, but of the use of digital signal processing in such products to produce a certain acoustic result. I’ve also recently seen photos from Goldmund, in Switzerland, of a phalanx of their Apologue Anniversary Special digital active speakers with all the latest DSP wizardry that company can muster in a truly ambitious, cost-no-object product (approximately $530,000/pair in Goldmund’s new Matte Black finish). High-enders seem to be buying active loudspeakers at all price levels, and I see that continuing. 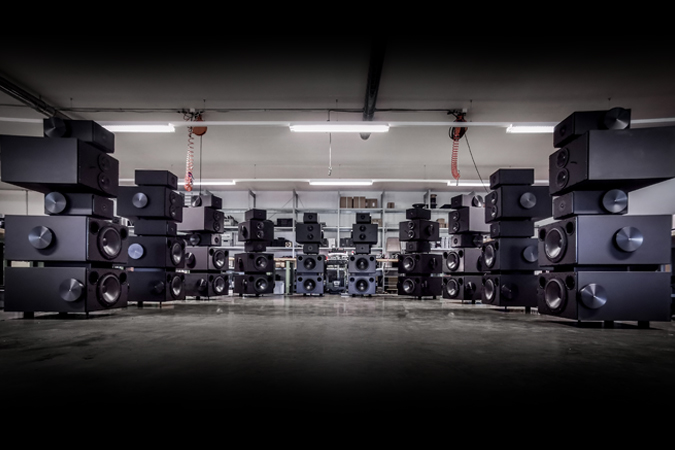 But to think that active speakers will lead to fewer audio systems comprising separates -- i.e., source components driving separate preamps and power amps driving passive speakers -- is not to understand the attractive advantages of a system uniquely tailored to its owner’s needs: a stereo system made up of individual components mixed and matched by the audiophile who owns it. Being able to assemble your system the way you see fit has long been a foundational principle of the hobby for many audiophiles, and that won’t change.

These two approaches may seem mutually exclusive, and you may think I’m about to pick one camp to live in and never visit the other.

Nope. I’m equally excited about both types of system, and intrigued by everything in between. Although it’s true that I’ll always have a separates-based system -- it’s pretty much a necessity for a reviewer of separates -- I’m enamored of the active approach, and love how the integrated industrial design of the best such systems exudes a finished quality that makes many other products look clunky and crude. Then there are the potential sonic benefits . . . 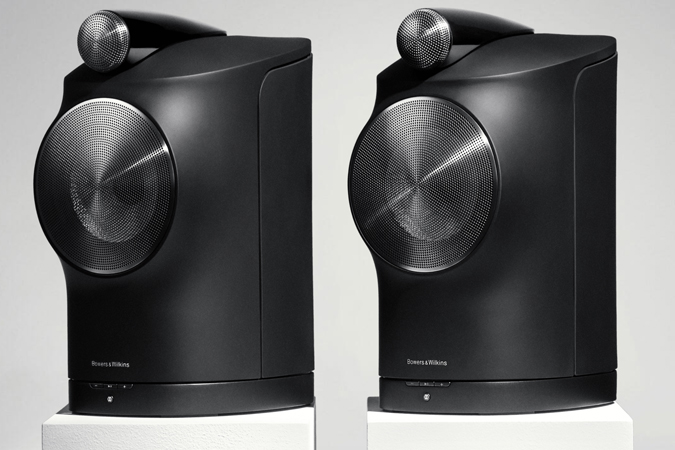 One example is the Formation Duo loudspeaker from Bowers & Wilkins (ca. $4800/pair with stands). Their industrial design is striking, I think. And knowing that built into these speakers is some of B&W’s long heritage of speaker design makes the proposition of owning a pair only that much more enticing -- and Gordon Brockhouse’s glowing review on SoundStage! Simplifi does nothing to damp my enthusiasm. 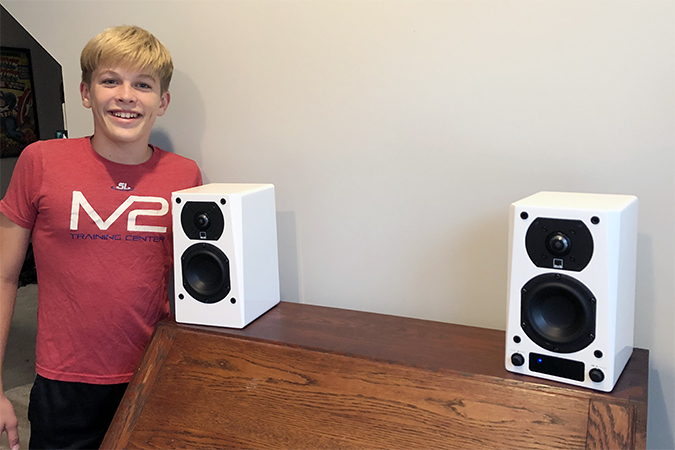 By the time you read this, my son, Ian, will have turned 14. For his birthday he asked for a set of speakers, and for him a powered or active design made the most sense, as I explained in my SoundStage! Talks video with SVS’s vice president of marketing, Nick Brown. On Ian’s big day he unwrapped a Piano Gloss White pair of SVS’s Prime Wireless speakers ($599.99/pair), and was absolutely thrilled. With the Prime Wirelesses set up on the desk he does his schoolwork on, toed in and angled so that their tweeter axes cross just behind his head, he’s getting reasonable stereo separation and a narrow but convincing soundstage. That’s pretty cool, and it excites me more than anything else audio-related that I can think of.