“If you love what you do, you won’t work a day in your life.” My father used to say that, but like so many things in life, it’s easier said than accomplished. I began writing for the SoundStage! Network in 2011, while finishing grad school. I was young, bright-eyed, and naïve. When I took over as Senior Editor of GoodSound! (since rebadged SoundStage! Access), I had a hunger to learn and write as much as possible about the high-end audio industry. Given my consumer-oriented obsession with value for money, Access, the SoundStage! Network’s budget-oriented website, was the perfect fit. 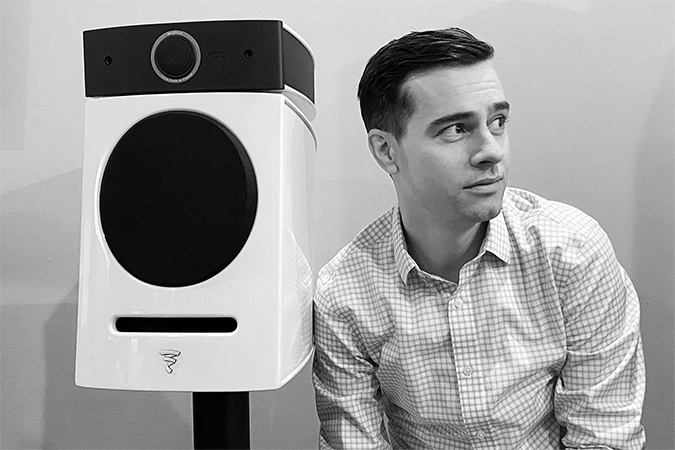 My beat was mostly affordable integrated amplifiers and loudspeakers, but the extensive education I got by writing for the various SoundStage! websites has resulted in more than 85 reviews about almost every type of audio component, from mass-market headphones and earphones to statement-level gear from Gryphon Audio Designs, Vivid Audio, and almost everything in between.

I also wrote a monthly editorial on SoundStage! Access, on whatever topic seemed worth writing about. For years, this was great fun -- around the 20th of each month, when I had to conjure up a thousand or so words on something related to affordable audio, I always found something to say from my humble little bully pulpit. The first, fifth, and 15th go-rounds were easy, but somewhere around the 60th or 70th the job got significantly harder. It became a chore. The labor was less in the effort or time involved in writing than in finding something useful or meaningful to say. The joy was gone. I felt that my time leading the site had reached its natural conclusion.

In the meantime, I’d grown up. I’m now 34, and married -- we own a small house in South Philadelphia. Right now I’m staring at a six-month-old puppy we adopted from a local shelter, and fretting about whether my 401(k) portfolio is sufficiently diversified. Long gone are late nights out with friends at restaurants and bars, replaced with crushingly mundane conversations on our living-room couch about which bookshelves we should buy, or how many wicker baskets can fit on our bathroom shelves. You could say that the ardor has cooled.

But while my interest in writing my umpteenth editorial about cheap speakers had waned, I still wanted to review gear. So, in the middle of 2019, I bargained with the SoundStage! Network’s publisher and editor-in-chief, respectively Doug Schneider and Jeff Fritz, to resign as Senior Editor of SoundStage! Access and begin reviewing equipment for SoundStage! Ultra, where there was a clear need for another writer who really understands the super-high-end. My long, narrow, urban living/listening room made for a perfect space in which to evaluate integrated amp-DACs, high-end minimonitors, and smallish, boutique floorstanding speakers. Given my track record of reviewing products from Gryphon and Vivid, in addition to gear from such brands as Cabasse, Magico, and Sonus Faber, it wasn’t as crazy a shift as it sounds.

Since 2012, my system has been anchored by an integrated amplifier-DAC from Hegel Music Systems, of Norway. My original Hegel H300 ($5500 USD, discontinued) made way for its replacement, the H360 ($6000, discontinued); each output 250Wpc into 8 ohms and included an overachieving digital-to-analog converter. In late 2018 I stepped up to Hegel’s still-current flagship integrated-DAC, the H590 ($11,000). The Hegel H590 is definitely SoundStage! Ultra material, as is my latest acquisition: a pair of KEF Reference 3 floorstanding speakers ($13,999/pr.), which I should have by the time you read this.

The rest of my system isn’t particularly fancy. I mostly use AudioQuest Rocket 33 speaker cables, and Nordost Blue Heaven USB links and power cords. I run Roon off a used Intel NUC computer acting as a music server. (Evidently, the Intel’s past is checkered -- its battered case tells me that its last relationship was an abusive one.) And an Emotiva CMX-2 power-line conditioner eliminates the amplifier hum I used to hear from the wiring in our century-old house.

But while I like and appreciate nice things, I’m usually too cheap to spend my hard-earned money on them -- my early years in budget audio still make me wary of sky-high prices that don’t buy sky-high qualities of sound and build. I think my taste and skepticism make me well suited to tackle the value propositions of the high end’s most esoteric and expensive offerings. I doubt there are many other reviewers who’ve reviewed speakers costing $300, $3000, and $30,000/pair. Context matters. I hate when reviewers write about “good value” in a six-figure product, when it’s likely they’ve never critically reviewed a speaker costing only four figures, to say nothing of the three-figure models 95% of audiophiles end up buying.

I hope you’ve read my 2019 reviews of the gorgeous Sonus Faber Electa Amator III, or of the hyper-neutral Magico A3. Beginning February 15 you can check out my review of the EgglestonWorks Nico Evolution, and forthcoming are reviews of Simaudio’s Moon 700i v2 integrated amplifier and Focal’s Diablo Utopia Colour Evo speakers. As you can imagine, after years of covering more affordable, if high-performing, gear, I find the prospect of writing about all this high-priced, high-style gear pretty exciting. Changes are afoot, and I couldn’t be happier.