Buying Audio by the Pound: Loudspeakers

In “Power Supplies: Commentary for Consumers,” an essay by famed engineer Nelson Pass posted on the website of the company he founded, Pass Laboratories, he states:

As a consumer, you want the best sound you can get. You can accomplish that through critical listening. As a secondary goal, we all like to get what seems to be good hardware value, and we want to know that the manufacturer has actually put some real money into the product which costs a small fortune. If you can read the specs or look under the hood, the power supply, being one of the most expensive parts of the amp, usually is a good indicator. It should be the biggest and heaviest part of the amplifier.

What if you don’t want to go through the trouble but still want your money’s worth? Get at least 15 pounds of amplifier for each thousand dollars spent.

My Boulder Amplifiers 2060 stereo power amplifier weighs 240 pounds and sounds fantastic, even if it doesn’t meet Pass’s rule of thumb for value per pound: though now discontinued, at its final list price of $44,000 USD the 2060 would have had to weigh 660 pounds. 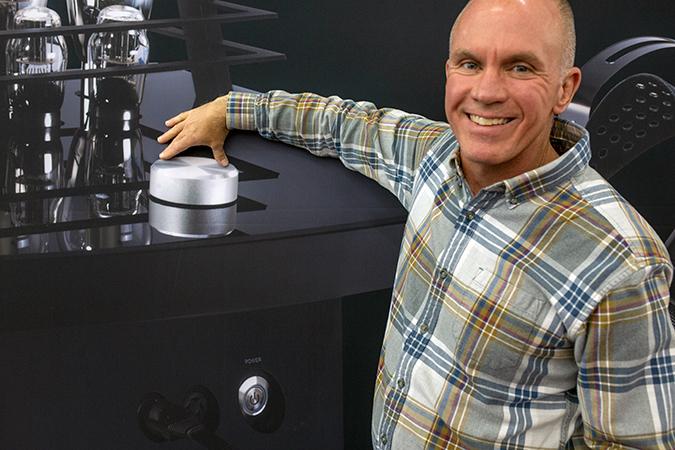 Heavier amps don’t always sound better -- we know that the circuit design, too, is critical. But a heavy amp does indicate that its maker, in this case Boulder, has invested in parts that are substantial, which bodes well for sound quality, assuming commensurate qualities of engineering and manufacturing. Amplifiers from CH Precision, Gryphon Audio Designs, Pass Labs, and Soulution are all very heavy -- the flagship amp of each of those companies weighs at least 150 pounds -- and that’s neither coincidental nor inconsequential.

In assessing loudspeakers, I think we can use a similar rule of thumb: All else being equal, the heavier the speaker, the better it sounds.

Loudspeakers are made from a plethora of parts. The cabinet is easily the biggest of those parts, and in my experience, the better-sounding speakers have heavier cabinets. Most speaker makers like to tout the thicknesses of their speakers’ front baffles and sidewalls, both of which usually increase as models within a given series of models rise in price. For example, today I take delivery of a pair of review samples of Rockport Technologies’ Avior II speakers, each of which, despite its modest dimensions of 46.5”H x 15”W x 24.5”D, weighs 220 pounds. The Avior II’s MDF cabinet has substantial sidewalls, and a front baffle 6” thick. That baffle provides a massive, stiff, well-damped launching pad for the drivers’ acoustic outputs -- the heavier and stiffer it is, the better the baffle resists being set in motion by the movement of the pistons and diaphragms of the drivers fastened to it, as they create soundwaves by being driven forward and back. A thicker baffle will accomplish this better than a thin one of the same material. This translates into less cabinet-borne distortion, and less distortion means higher sound quality. The next model down from the Avior II, Rockport’s Atria II, weighs 150 pounds and has a 4”-thick front baffle.

The cabinets of the most ambitious loudspeakers aren’t just constructed of thicker and thicker layers of MDF, the material most commonly used for speaker cabinets, but are often made from more exotic materials; e.g., multilayered composites and metals. This, too, usually means a heavier speaker. Rockport’s next model up from the Avior II, the Cygnus, has a baffle of constrained-layer-damped aluminum bolted and bonded to an MDF subbaffle. The Cygnus weighs 285 pounds. 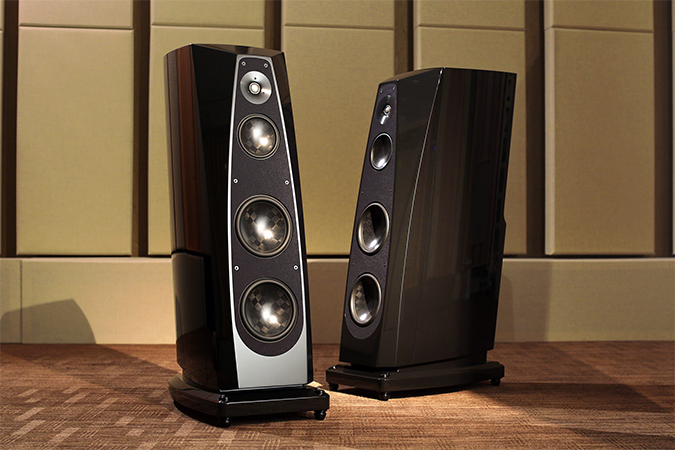 All things being equal, the more ambitious a loudspeaker becomes, the more care has to be taken to ensure that the enclosure becomes even stiffer and better damped, which is usually accomplished by greater section thickness, more advanced materials, and, almost certainly, more weight. It should be noted, however, that the “more equals better” approach is no guarantee of improved performance, but will surely be more costly, and is only defensible when there are demonstrably superior results.

Although its cabinet is the greatest contributor to the total weight of a finished speaker, and a heavier cabinet usually sounds better than a lighter one, it’s not the only reason a better-sounding loudspeaker might be heavier than a worse-sounding one. The motor systems of a speaker’s drive-units also matter, and often in the same way: the heavier they are, the better they tend to sound. The more powerful the motor system -- i.e., the bigger its magnets and voice-coils -- the more control it can exert over the motion of the cone it’s driving, which can directly translate into better sound. 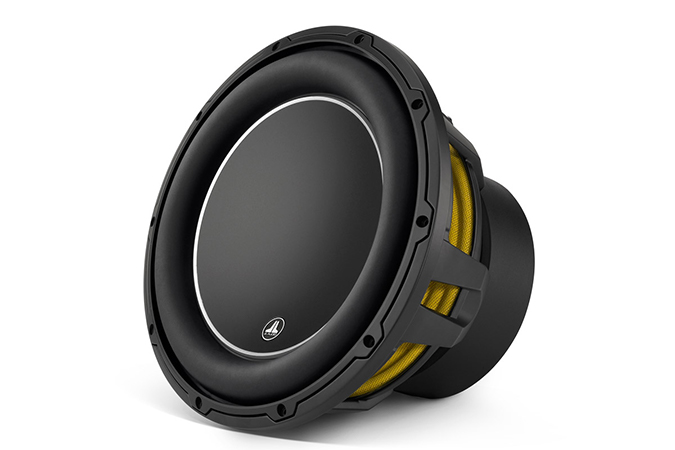 Although not contributing as much to the total weight as the cabinet or even the drivers’ motor systems, the parts used in a speaker’s crossover have some heft of their own. The best crossover parts, from such companies as Mundorf of Germany, are bigger and heavier than the cheaper parts used in less-expensive speakers. And take a look at Dueland Coherent Audio’s Cast line of capacitors, some of which weigh several pounds each. The mass-market caps of the same values used in most speaker crossovers weigh mere ounces.

It all adds up: A heavier speaker is usually a better-sounding speaker.

Of course, I’m not suggesting that you buy speakers based solely on weight -- you do have to listen to them. All I’m saying is that, all else being equal, heavier speakers usually sound better, and for solid engineering reasons. But if you want better sound, be prepared to move some heavy objects into your listening room. Your new 200-pound-plus speakers aren’t that heavy because they were designed to hurt your back or buckle your floors -- they were designed that way to sound better.