So we often start with comparisons on paper -- or computer screens. 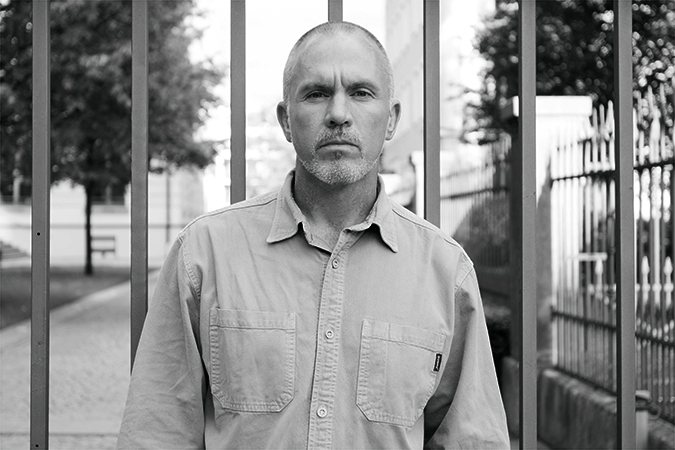 In November 2010, I wrote an Opinion article of this sort titled “Comparisons on Paper: B&W 803 Diamond vs. Tidal Contriva Diacera SE.” In it, I examined in detail those two speakers’ similarities and differences, and imagined what each might offer a prospective purchaser. I also considered the difference in price, which was substantial: $10,000/pair USD for the B&W, $58,000/pair for the Tidal. That article ranks an amazing fifth in terms of reads among the 69 Opinion pieces I’ve written since July 2010, when the current iteration of SoundStage! Ultra was launched -- as far back as our stats go. This tells me that you like these virtual comparisons as much as I do.

So here I go again. Last night, I was thinking about Bowers & Wilkins’s 802 Diamond D3 and Magico’s S5 Mk II -- two new speaker models as hot as any on the market. The Magico is on its way to me for review, and I’ll have requested the B&W by the time you read this. So at this point I can offer only conjecture as to how their sounds will compare here in my Music Vault listening room. In the meantime, though, I can’t help but think about all that these two loudspeakers offer. So, with the usual caveat that you shouldn’t make an actual purchasing decision before hearing these two heavyweights for yourself -- and I shouldn’t recommend any speaker without having heard it -- here I go with my paper comparisons. 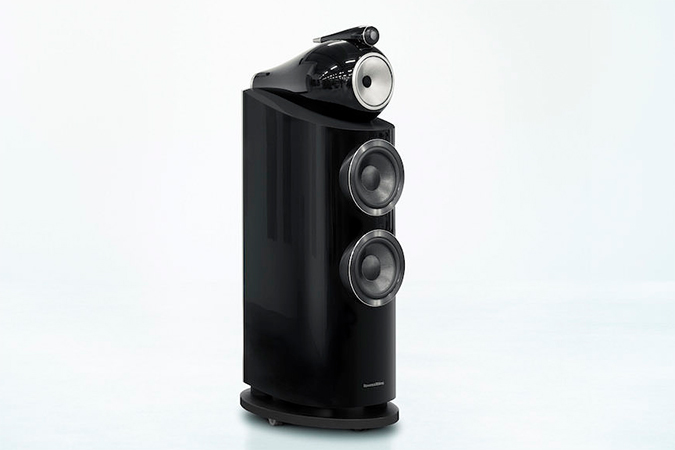 The 802 Diamond D3 retails for $22,000/pair, in B&W’s Rosenut or Gloss Black finish. The US-made Magico costs $38,000/pair in standard M-Cast finish -- 72% more than the British speaker -- and for Magico’s glossy M-Coat paint job you’d shell out another $4750. You could argue that someone considering the 802 D3 could potentially save up a while longer and stretch their budget to go with the Magico. In my 2010 comparison on paper, that just didn’t seem reasonable -- the Tidal cost almost six times as much as the B&W 803. Two different buyers there.

The nuts and bolts are as follows: The 802 D3 is a three-way, vented speaker with four drive units. The S5 Mk II is also a three-way with four drivers, but those drivers are housed in a sealed enclosure. Both models are substantially built, to say the least -- the 802 D3 weighs 208 pounds, the S5 Mk II 220 pounds. This is some serious muscle, and that weight due to some heavy-duty hardware used in their constructions: the 802 D3’s midrange driver is housed in what B&W calls a Turbine head, made of aluminum; its tweeter is mounted in a solid-aluminum enclosure mounted atop the Turbine. These two stacked enclosures sit atop an updated version of the company’s Matrix system, now called the Optimised Matrix, in which the woofer box is made from plywood whose interior is crisscrossed with braces. The new enclosure has a massive aluminum backplate and strategically placed metal reinforcements in the front. 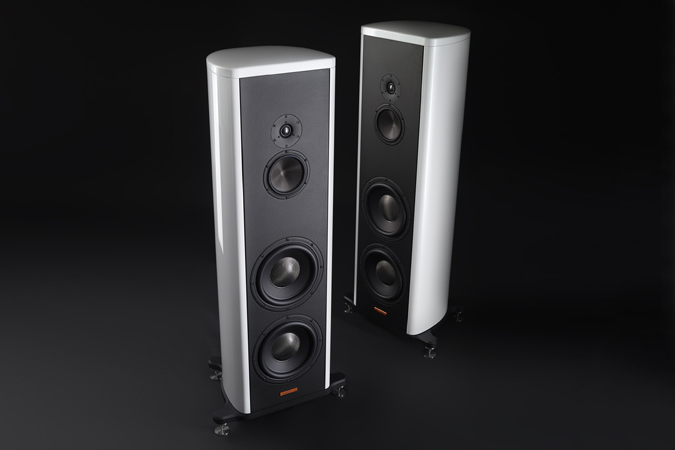 The Magico ups the ante with an enclosure made entirely of aluminum. The S5 Mk II’s side panels, of half-inch-thick extruded aluminum, are joined to a machined-aluminum baffle and backplate. The Magico’s top plate is convex, to prevent internal standing waves, and the base is a massive four-point outrigger system that provides a solid foundation. The enclosure is internally braced with even more machined aluminum. There’s no wood anywhere on or in the S5 Mk II -- a characteristic shared by all of Magico’s current speaker models.

Housed in both of these Herculean enclosures are some seriously high-tech drive units. The 802 D3 uses the latest version of B&W’s famed diamond tweeter; the S5 Mk II’s tweeter is made from beryllium, and then coated with a layer of diamond a few microns thick. For the new 800 Series Diamond D3 models, B&W developed a new material for the midrange cone that they call Continuum, which replaces the easily identifiable Kevlar they’ve used for many years. The Magico, too, has an updated midrange-cone material, this based on graphene, which replaces the Nano-Tec cone of years past. Finally, the bass drivers: the 802 D3 is equipped with two 8” Aerofoil woofers. The Magico provides even more bass-driver surface area, with a pair of 10” aluminum cones outfitted with graphene dustcaps. 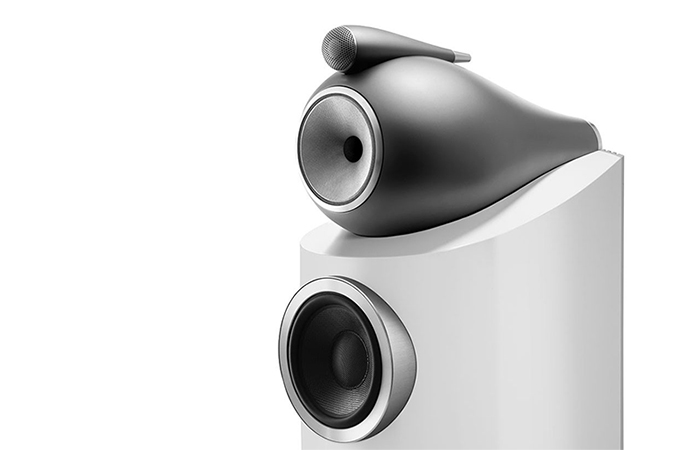 Both the B&W and Magico look like serious engineering efforts. Each company is known for its technical expertise, and I can attest that both provide a level of build quality that is as good as high-end audio gets. If you’ve seen the YouTube videos about the design and building of the 800 Series Diamonds, you can’t help but appreciate all that the company puts into them -- especially for the price. And Magico’s S5 Mk II is incredibly interesting from a technical standpoint, particularly due to the fact that their original S5 produced the lowest distortion measurements of any speaker we’ve ever evaluated in the anechoic chamber of Canada’s National Research Council. The new version has even better drivers, so it should be even better in that regard. Wow.

Both companies are also topnotch. Bowers & Wilkins has the longer track record and is sold in more places, but Magico counters with having become, in the past decade, one of the fastest-growing companies in all of high-end audio. Reputation and resale value should not be problems with either model. 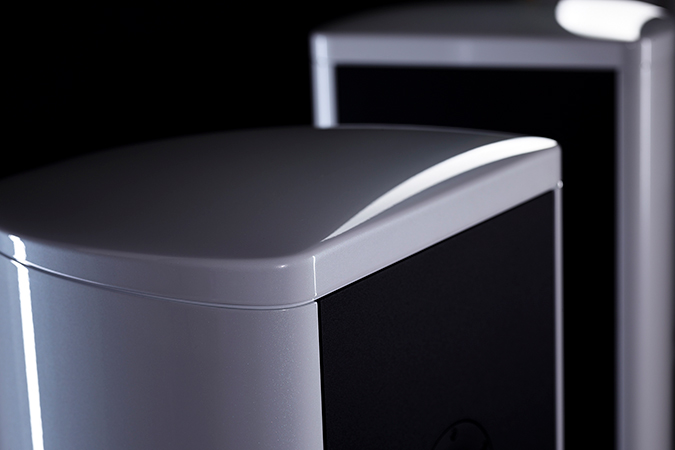 Questions abound: Would the S5 Mk II’s extra inches in the bass drivers make a huge difference? Would the aerodynamic 802 D3s sonically “disappear” in a room better than the Magicos? Does the combination of materials in the S5 Mk II’s tweeter mean highs even sweeter than those from the B&W’s pure-diamond unit? Is the Magico’s all-aluminum enclosure audibly better than B&W’s hybrid approach? I could go on for days . . .

From my vantage point, if I were in the market and beginning my research today, these two models would be my starting points at their respective prices. Bowers & Wilkins’ 802 Series Diamond D3 looks like a monster deal on paper, and the Magico S5 Mk II seems just as monstrous in the value department -- that additional $16,000 buys an even larger, heavier cabinet, and bigger bass drivers. And the physical descriptions of the 802 D3 and S5 Mk II make clear that each company wants to offer more speaker per dollar than its competitors.

For now, I can only imagine how these speakers will actually sound in my listening room. Are they all they’re cracked up to be on paper? Hopefully, I’ll be able to answer precisely that question in the very near future.