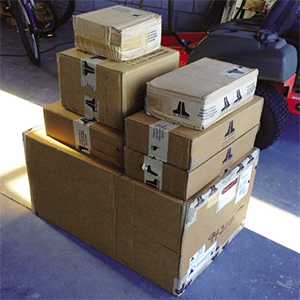 I wasn’t unhappy with the sound of the stock audio system in my SUV, a 2012 Toyota FJ Cruiser, but then I never listened to it with anything like the reviewer’s ear I use in my Music Vault listening room. I don’t typically listen to music critically in the car; instead, I tune in to news, occasional music on the few radio stations in my area that play something worth listening to, and music piped through my iPod.

I was in the midst of reviewing JL Audio’s E-Sub e112 subwoofer for sister site SoundStage! Hi-Fi when JLA’s Carl Kennedy pitched an idea to me: “Let’s put some gear in your Toyota and see what you think.” A week later, I had a mess of boxes in my garage and an appointment to get the system installed. I really didn’t know what to expect.

The local dealer for JL Audio’s car-audio products is Sound Decisions, of Wilmington, North Carolina. I’ve known these guys for years -- we have a close mutual friend, fellow SoundStage! Network reviewer Randall Smith -- and they have a great reputation in the area for honesty and professionalism. The owner, Keith Register, is an audiophile; his home and store systems include Paradigm loudspeakers, and he sells Revel and MartinLogan products in his shop. His right-hand man at the store, Eric Robertson, counts Revel’s new F208 as his reference loudspeaker. I felt we all had in common an appreciation for fine home audio -- these guys are not all boom and sizzle, like some of the car-audio shops I’ve seen.

Installed, the system JL Audio sent for my SUV would be almost entirely hidden from view -- the FJ Cruiser’s stock look would remain intact. In fact, JLA is widely known for their Stealthbox subwoofer enclosures, in which woofers are tucked inconspicuously away in various places in almost any vehicle model you could name. Every Stealthbox is different -- JLA has to design each version for the specific model of car it will go in. The Stealthbox built for my Toyota FJ costs $699.95 USD and fits in the way back, atop the passenger-side wheel well, so that it takes up no cargo space. I like the look of it -- it meshes with the FJ’s interior almost seamlessly, and is about the only thing visible that gives a hint that the car’s audio system has been altered from its stock form. The enclosure houses a 12W1v2-4 12” subwoofer driver -- a big, powerful beast.

The front-door speakers would be replaced by JLA’s C5-650X coaxials ($499.95/pair), which feature a silk-dome tweeter mounted within a 6.5” midrange-woofer. The dashboard speakers would be the C2-350X ($89.95/pair), with a coaxial configuration similar to C5’s, but a smaller 3.5” driver. With four new speakers and a sub, we’d need five channels of amplification, and that would be handled by JLA’s compact but ultrapowerful HD900/5 class-D amplifier ($995.95). This would provide 100W to each coaxial driver and 500W to the sub. Plenty of juice, I’d come to find out. 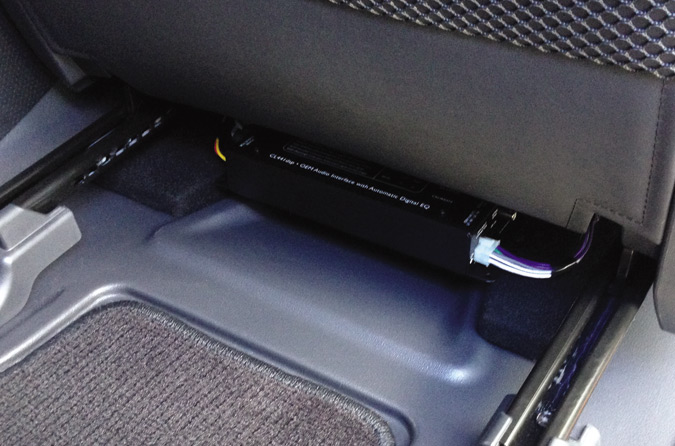 I wanted to leave the stock head unit to keep the FJ’s look the same as when the car was new, and JL Audio had something unique to make that happen while improving the source signal. The CleanSweep CL441dsp ($299.95) is a little black box that takes the signal from the head unit and strips out the signal-shaping equalization added by most auto makers to make their vehicles’ cheap stock speakers listenable. Through the use of some powerful DSP engines, the CleanSweep presents the JLA amp with a perfectly flat, full-range audio signal. From an audiophile perspective I quite like the concept, knowing that it’s better to have a high-fidelity source and superior loudspeakers that can produce the full audioband, as opposed to massively EQ’d sound through limited-performance drivers. 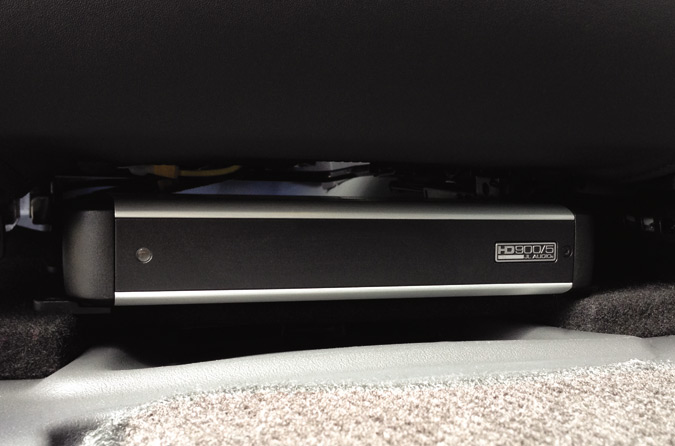 Keith Register had his top installer, Shane Clements, along with Eric Robertson, schedule my car for about a day and a half in the shop. They would install everything and then dial in the system, setting crossover frequencies on the HD900/5 and optimizing levels for the smoothest response. I was a bit taken aback when I dropped by mid-install and saw my vehicle’s interior almost completely torn apart! I was reassured that all would be put back together the way it came, and that this carnage was necessary to make the system all but invisible when reassembled. I would later learn that the amplifier would actually fit under the driver’s-side seat, and the CleanSweep under the passenger seat. A new main volume control and a master-level knob for the sub would be installed in some unused knockouts in the lower part of the FJ’s dash.

When I picked up my Toyota, I didn’t know quite what to expect. Would it be a dramatic improvement over what I’d had, or would I hear only subtle improvements that it would take me weeks to sort out?

Having long been a proponent of the “speaker first” model of building home-audio systems, I should have known that replacing the cheap speakers in my SUV with something dramatically better would make things, well, dramatically better. That’s exactly what happened. In my listening room I’d burned a CD from my MacBook with about 15 tracks that I’ve recently been using to test home audio gear, along with some I keep on my iPod. Knowing how these tracks sound in the Music Vault would tell me a lot about what my new car system could and couldn’t do. 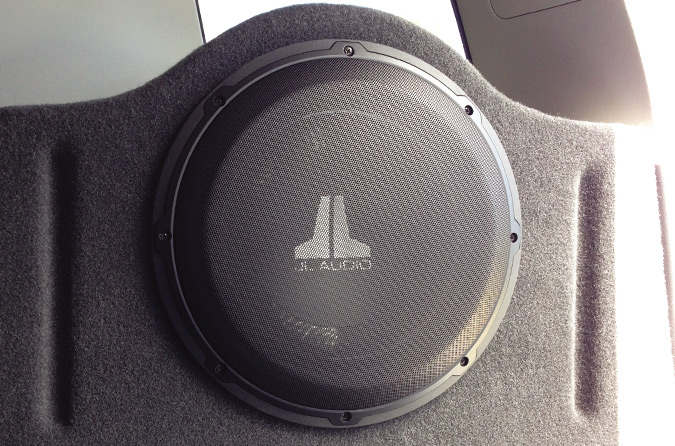 The first improvement I noted was, perhaps not surprisingly, the car system’s drastically improved frequency response. The low bass was tighter and far more powerful than before, and seemed to extend more than an octave deeper. The top end was equally improved, with newfound levels of detail I simply hadn’t been hearing before. For example, the percussion in Sade’s Soldier of Love was punchy and clean, and the overall bass response was tighter and much more authoritative. I heard far more vibrancy in the highs -- just increased energy all around me, really. The proverbial veil was lifted from the midrange -- JLA’s coaxial drivers were far more adept at the realistic reproduction of Sade’s throaty voice. Everything was better across the board.

Listening to various cuts from Enya’s groundbreaking 1988 release, Watermark, was also instructive -- the sound completely enveloped me, and was much more full-bodied than what I’m used to hearing in this car. I could hardly believe the level of improvement. The combination of exceptionally deep bass and crisp, clean highs made the ride more enjoyable, drowning out road noise and filling the cabin with great sound. There was also a propulsive quality that sounded like what I hear from highly efficient loudspeakers in a home system. In this case, I think the reason was the powerful amplification. The JLA system thrust the music into the cabin in a way that completely encapsulated me. What can I say? It was awesome.

Knowing the guys at JL Audio are audiophiles themselves -- for example, see SoundStage! Global for the systems that they assembled at this year’s CEDIA Expo -- is a comfort for those of us whose first love is home audio but who are willing to take our hobby on the road, given the right gear. It’s been an eye- and ear-opening experience for me; now, when someone mentions their vehicle’s sound system and gets all fired up about the upgrades they want to make, I get it. I would direct anyone to JL Audio for their car’s system -- particularly in light of the Stealthboxes they can build for just about any vehicle now on the road. I can still pack up my SUV for a trip to the North Carolina mountains this fall -- the only difference is that now, while enjoying the scenery, I can listen to real music. How can any music lover resist that?