The Eight Things You Need to Know from CES 2013 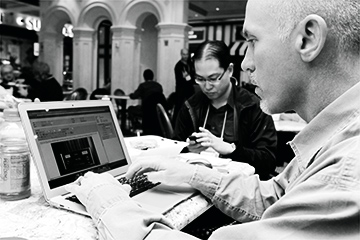 This year’s Consumer Electronics Show seemed a tad subdued. Most people blamed the new Tuesday-through-Thursday schedule, which replaced the traditional long weekend -- after all, many industry professionals have retail jobs. Nonetheless, there were a hardy number of new products at CES 2013, and we covered them in detail in our SoundStage! Global show report.

CES 2013 revealed some things that transcend any single product introduction. Here are the eight you must know about -- not only if you plan to shop for a component any time soon, but even if you just enjoy keeping up with industry doings.

1. Fine Sounds knows what they’re doing. When Italian firm Fine Sounds SpA bought Sonus Faber, Audio Research Corporation, Wadia, and Sumiko, the world of high-end audio took notice. Folks were rightfully guarded in their enthusiasm -- until a deal is sealed, you never know what someone will do with an acquisition. The October 2012 announcement that Fine Sounds would also acquire McIntosh Laboratory did more than just expand the company’s portfolio -- it gave this growing powerhouse yet another brand that it could develop and, hopefully, improve. Fine Sound’s track record so far is impressive. The Sonus Faber products that have been released since the purchase, most notably the Aida loudspeaker, are the company’s finest to date. The new super-high-value Venere line -- one of which, the Venere 3.0 ($3500 USD per pair), is on its way to my Music Vault as you read this -- will most certainly set new sales records for the company. And look at ARC: They’re still ARC, just better -- better products, while not losing the heritage that connects the company to a generation of audiophiles. Have you seen the Wadia Intuition 01? And McIntosh will be more than fine, I think. Fine Sounds might now be the most important player in all of high-end audio. 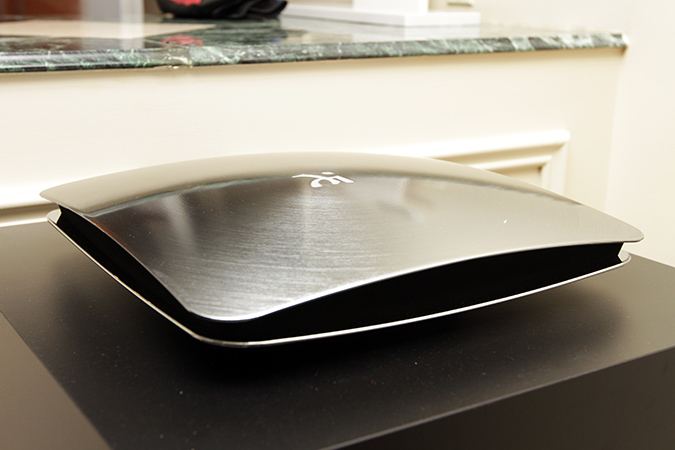 2. Devialet has competition. The French-made Devialet D-Premier ($15,995) is a unique and transformative product that marries disparate technologies into a seamless whole better than anything we’ve seen in years -- it seems impossible that a component so small could do so much. We’ve written tons about it, and just about everyone who’s anyone in the industry knows how good this thing is. So . . . how many months did you think would pass before challengers knocked on Devialet’s door? See the Fine Sound paragraph above. The Wadia Intuition 01 (est. $10,000) is the same sort of power DAC with tons of functionality as the D-Premier, and is perhaps even more visually beautiful (France vs. Italy in a design faceoff?). And, of course, at less than two-thirds the D-Premier’s price, the Intuition 01 has some advantages, at least on paper. And there will be more such products -- they look cool, and deliver a lot for the money. Hopefully, the Intuition 01, and others still on the drawing board, will sound as good as the D-Premier. 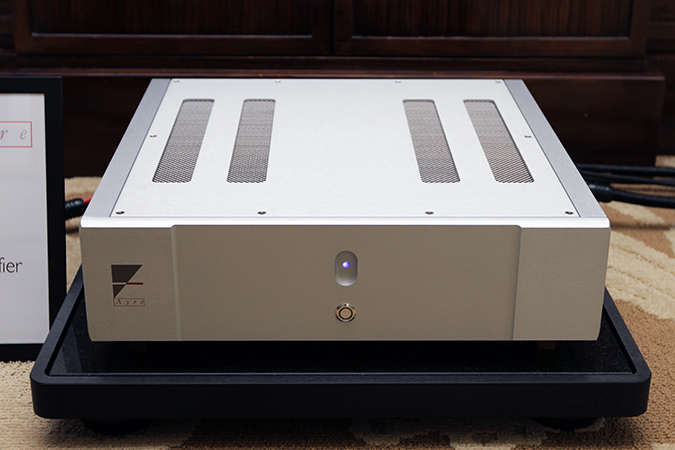 3. Ayre Acoustics’ VX-5 ($7950) could better the $20,000-$40,000 Burmesters and darTZeels. It kills me when I read the audio forums and see that a poster is shopping for an amp “in the $25,000 price range” -- the natural assumption being that if it costs that much, it must be better than anything costing less. This is the great lie of our industry, and consumers swallow it hook, line, and sinker. We need to challenge this conventional thinking. For example, Ayre Acoustics’ new VX-5 stereo amplifier (175Wpc into 8 ohms, 350Wpc into 4 ohms) costs “only” $7950. The darTZeel NHB-108 costs more than twice that (the most recent price reference I could find online was $18,200), and Burmester’s 911 Mk.3 is almost four times as much, at 30 grand. The interesting question is why. Are Hervé Delétraz (of darTZeel) and Dieter Burmester more talented circuit designers than Ayre’s Charles Hansen? Are the parts they use better than Ayre’s? OK, the darTZeel and Burmester do look a bit fancier on the outside. I’m sorry to pick on the fine-sounding darTZeel and Burmester -- there are others just as deserving -- but we know that the exchange rates for foreign currencies affect the prices of those brands (Burmester is in Germany, darTZeel in Switzerland), which must shoulder the additional costs of hiring a North American distributor or setting up their own office Stateside. These facts of business inflate the prices beyond the usual costs of manufacturing -- we all know this. What gets me, however, is that most audiophiles still assume that the more expensive product is automatically better. I do believe this is starting to change, partly because products like Ayre’s VX-5 are just too strong to ignore, even in the face of much more expensive challengers. 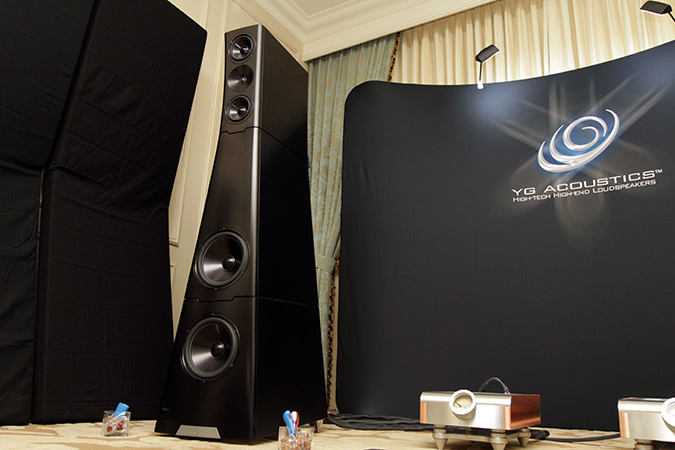 4. More value from the stratosphere. It has to be this way . . . if a company is going to remain relevant, that is. One impressive example is YG Acoustics. Although I can’t say that at CES I heard enough of YGA’s new flagship loudspeaker, the Sonja 1.3 ($106,800/pair), to pass judgment on it, what I can say is that it is unquestionably a more substantial loudspeaker than YGA’s old Anat III Signature, and includes what appear to be some key improvements, for less money. (The Anat III Signature was previously $119,000/pair, reduced to $104,000/pair in late October.) In fact, there has been an almost across-the-board reduction in the prices of YGA speakers. Dick Diamond, the company’s vice president of sales and marketing, told me “We are now able to produce BilletCore drivers in a fraction of the time that it used to take, reducing the manufacturing cost, and we wanted to pass that savings along to customers.” Good move, YGA. 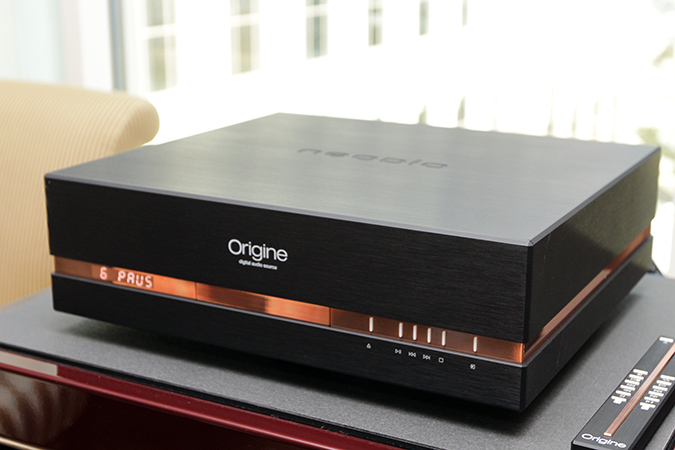 5. More nonsense from the stratosphere and reviewers who support it. While at CES 2013, I wrote about the exorbitantly priced Neodio Origine CD player. The SoundStage! Network’s Hans Wetzel wrote about the MAD (in more ways than one) speakers he heard there. No one can justify these products’ prices. I mean, really, how many $38,000 CD players with limited functionality will you buy this year? And as for the hobbyist loudspeaker manufacturer -- you know, those guys who get out the latest Madisound catalog when “engineering” their next model -- do you really think they can compete anymore? A few reviewers will promote these products even though they don’t have two nickels to rub together themselves and would therefore never, in a million years, be in the market for them at anywhere close to retail price. So these models will get some press. But let’s face it: the probability of long-term survival for some of these companies is extremely low, in my estimation. And it needs to be. 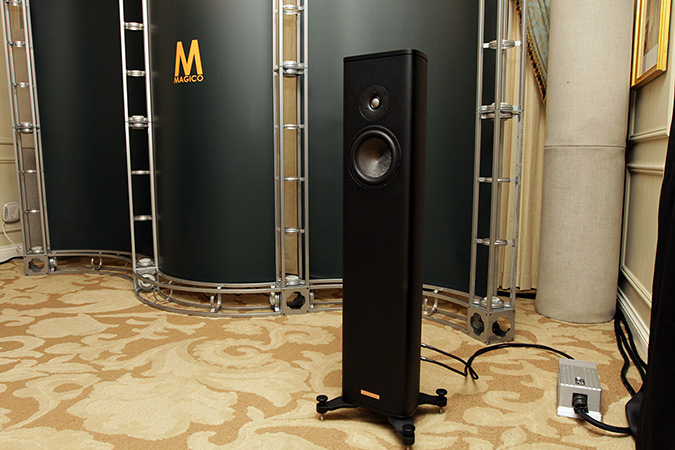 6. Magico is the company to beat in the over-$10,000 loudspeaker market. When Magico announced the all-aluminum, high-tech-drivered, 120-pound S1 loudspeaker ($12,600/pair), available in several cool colors, you could almost hear a collective, “Ah, crap!” from Magico’s competitors. When the S1 was demonstrated at CES 2013, that concern was confirmed. It sounded great. In the past few years, Magico has introduced model after model, each with market-segment-leading performance, better build quality, and at ever-improving prices than any of the other five-figure loudspeaker makers. Like ’em or hate ’em, you can’t ignore ’em. Magico seems to pull manufacturing and finishing capability out of thin air, and their engineering is first rate. Even if you don’t want to own a pair, you can’t help but be impressed by what the company has accomplished. And now I hear they have a new factory opening in a couple of months . . .

7. The Flavor-of-the-Month Club is now closed. Consumers have grown smart. Some publications -- or should I say some specific reviewers at those publications -- generate enthusiasm by “discovering” a new product every three or four months that is groundbreaking. C’mon, guys, we all know better than that. The companies that produce great products -- companies like PSB, Paradigm, Cambridge Audio, on up to Ayre Acoustics and Hegel and out to the Rockports and Vivids -- made good stuff last year and the year before that. Companies like Devialet -- new players that truly are offering groundbreaking stuff -- come along about once every ten years or more. The kingmaker routine is old and tired, and audiophiles who own a speaker that sounded great just a few years ago aren’t stupid enough to believe that it’s now obsolete and they have to go out and buy the latest model or be laughed off AudioAficionado.org. Some companies even trash their own last-generation products in an all-out attempt to sell the newest model. But look -- if you own, for example, an Ayre amp from a few years back, it’s still a good amp today. If a reviewer has a “revelation” that intrigues you, I advise you to audition the product for yourself. Don’t buy just because the Flavor-of-the-Month Club presses you to do so.

8. Some of the best costs less. OK, show of hands: Who thinks that the latest-generation KEF Uni-Q driver contains more engineering and technology than the midrange and tweeter of your present speaker? One more question: Do you think there’s any possibility it might sound better than such-and-such boutique brand at ten times the price? If you answered no to these questions, then I recommend you get out more and really listen. Depending on your budget and what you currently own, you might be really excited or really heartbroken by what you hear. If you’re in the latter camp, that’s why we have Audiogon. Either way, see #3 above.