January marks an exciting time for us at the SoundStage! Network. We like to look back at the year just past and highlight each component we’ve named a Product of the Year. I think you’ll agree that 2012 gave us a very strong crop indeed, and Doug Schneider has done a fine job of summarizing it over at SoundStage! Hi-Fi. We’re also just days away from the 2013 Consumer Electronics Show, in Las Vegas, Nevada (January 8-11). That means a whole slew of new products will soon be finding their ways to dealers and customers, and hopefully some of them will be very good. Our coverage of CES will be available at www.SoundStageGlobal.com beginning January 7, so judge for yourself.

Although from an editorial standpoint it makes sense to group products according to their category and year of release, this time I thought I’d take a different approach, and look instead at the gear and companies that are redefining our expectations of what high-end audio products are and should be. Why limit myself to the 2012 models, when the impact of the following components have been and/or will be felt for years? What these companies are producing is simply transformative: not only have they released great products -- components that have expanded the performance envelope of entire product genres -- they’re redefining the expectations that audiophiles will have from here on. It’s a very short list.

Devialet: Devialet, based in Paris, France, was founded in 2007. Their first and still their only product, the D-Premier ($15,995 USD), had its start in a design project begun by Pierre-Emmanuel Calmel in 2004, when he left Nortel. Calmel’s goal was to create a hybrid amplification technology that had all the generally accepted benefits of class-D and class-A amplification while minimizing the weaknesses of both, to produce a sound fundamentally better. The result is what Devialet calls Analog Digital Hybrid (ADH), and the sound is nothing short of extraordinary. As if this new form of amplification device weren’t enough, the D-Premier itself also offers a host of other features: it’s an asynchronous wireless music streamer with a built-in 24-bit/192kHz DAC; it has a phono stage; it’s customizable and upgradeable through its advanced software; and it can be daisy-chained with a second D-Premier to increase its power output from 240 to 400Wpc. From Hi-Fi News & Record Review editor Paul Miller to the SoundStage! Network’s own publisher, Doug Schneider, the reviews have been nothing short of earth-shattering. The D-Premier produced the best sound these industry veterans had ever heard. Should Devialet and its products concern competing high-end audio companies? Well, in November 2012 the company raised $19 million of capital to expand its product line and increase its engineering expertise. I’d hate to be competing with these guys. But Devialet’s product is unique -- who’s to say their competitors are competing at all? 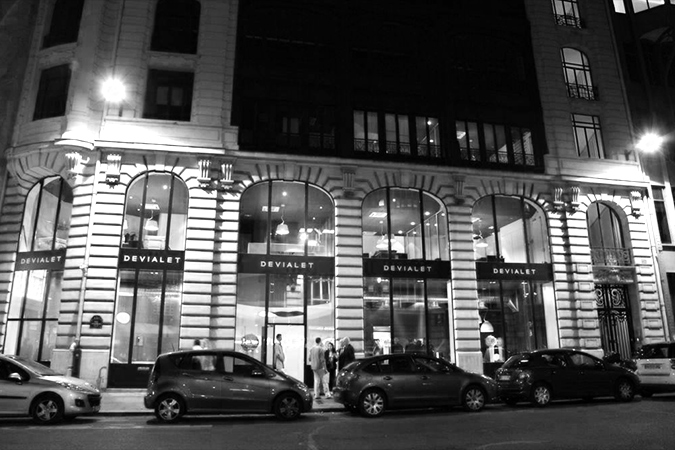 Aurender: I have to give credit to Chris Connaker at Computer Audiophile for turning folks on to the Aurender S10 music server ($6990). He reviewed it in November 2011 and named it Product of the Year. Shortly thereafter, the SoundStage! Network followed suit by choosing the S10 to anchor The World’s Best Audio System 2012, which it did in grand fashion. In my eyes and to my ears, the Aurender S10 was the first finished high-end music-server component to market. Sure, there were other servers that you could buy; one- or two-man operations were churning out units assembled from off-the-shelf parts housed in nondescript, catalog-bought chassis components. Many of these were glitchy, and about as ergonomic as a broke-back office chair. The S10, on the other hand, was ready for prime time -- you’d be proud to set it on your equipment rack beside your Ayre Acoustics or Audio Research electronics, where it would look and sound right at home. Aurender is now owned by Korean firm TVLogic, which is, from what I’m told, a leading maker of broadcast monitor displays. If that means that Aurender will expand its product offerings in the coming year, then they may just hold on to their lead. But whatever happens, they’ll always have a place in history as the company that brought music servers out of the dark and onto the audiophile stage. 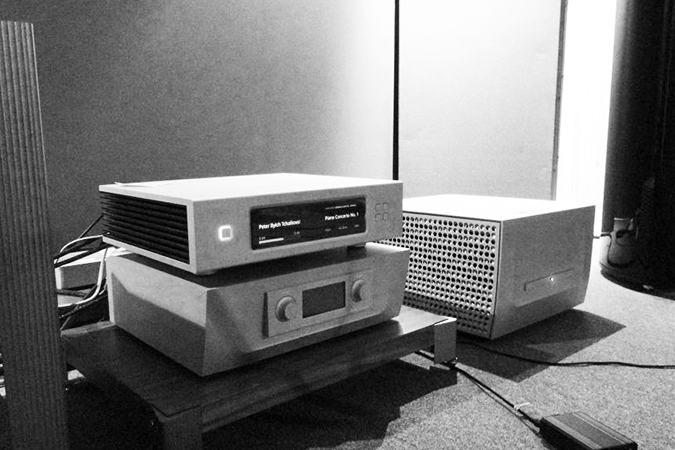 Magico: In my June 2012 review, I said this about the Magico Q7 loudspeaker ($185,000/pair): "The Magico Q7 is currently the best loudspeaker in the world." Robert Harley, in his January 2013 review in The Abso!ute Sound, stated, "the Q7 is the single most impressive product -- in any category -- that I’ve come across in more than 23 years of full-time reviewing." These days, when it comes to the bleeding edge of loudspeaker design, the box stuffers -- those companies that lack the capability to engineer in-house all of a loudspeaker’s component parts -- stand no chance. Magico, on the other hand, has invested deeply in both capital and engineering to develop their own drive-units for the Q7, because they wanted to bring to market a loudspeaker that was better than what could be designed around customized Scan-Speak or Accuton drivers. Their entire Q series of speakers was developed using the same processes, but only in the Q7 have Magico’s design ideals been taken to the pinnacle. I’m told that the Q7’s drivers cost in the thousands per unit to make and the entire Q7 project required $1,000,000 in investment. Extreme? Sure. But the results speak for themselves: Hear a set of properly set-up Q7s and you’ll realize that the sonic bar for loudspeakers has been clearly raised, and by a considerable margin. With more Magico models coming out at lower price points, this California-based company is poised to further expand what was, before their arrival, a rather stagnant marketplace. 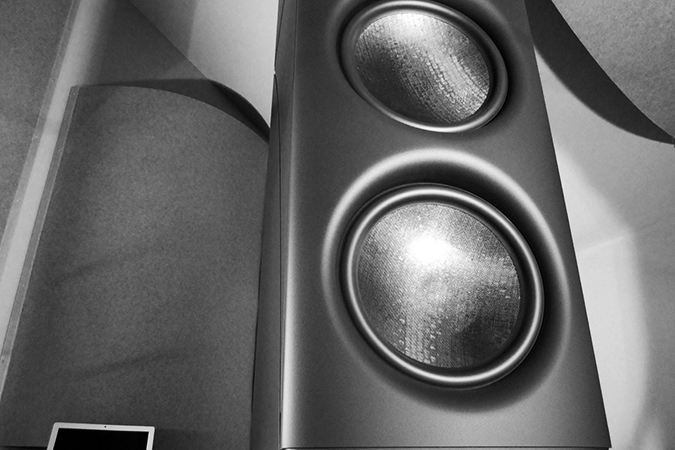 The woofer section of Magico's Q7

I’m hopeful that 2013 will be another banner year for high-end audio -- and don’t be surprised if you hear more from the above three manufacturers. But I also hope that good news will come from other companies as well. Little birdies are whispering in my ear that a few products are on the way that might make this list next year -- but those birdies have been wrong before. We’ll see . . .