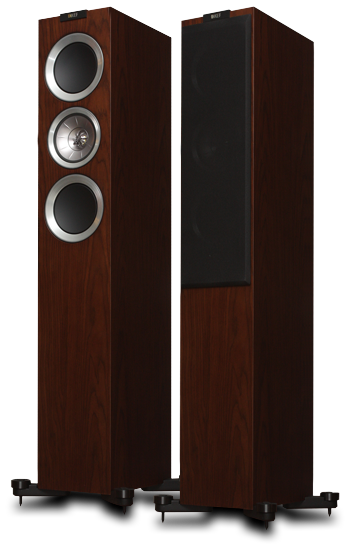 KEF’s R-series speakers: A couple months ago, Doug Schneider wrote about the KEF R500 loudspeakers (shown above right) over in his neck of the SoundStage! Network woods, SoundStage! Hi-Fi. Here is a speaker that retails for $2599.98/pair and sounds and measures like a dream. Doug compared it favorably with speakers such as Revel’s Ultima Salon2 ($21,998/pair), and the little KEF more than held its own. Its Uni-Q driver -- the heart of every KEF speaker -- represents an investment of engineering capital greater than most +$50,000/pair speakers could dream of. Is this a case in which spending less gets you more? Except for a scant few super-high-priced speakers, the answer is an unequivocal yes: KEF’s R models simply smoke the highfalutin competition. The truth is that most people who shop in the überranks of the high end have no clue what level of performance is available in the lower price ranges -- and most would be shocked at what they’d find. Don’t be one of them. Hear the KEFs.

Calyx Audio Femto DAC: Doug also wrote about the Calyx Audio Femto DAC, which I call the $20,000 DAC you can buy for $6850. The first thing you’ll notice is that it’s built as if it came from Jeff Nelson at Boulder Amplifiers. Even the modules on the circuit boards, machined from aluminum and engraved, are Boulder-like. This 40-pound beauty houses some impressive design work, including clocking technology borrowed from "military and aerospace GPS technology." And it produces a sound that is to die for. Doug summed up his review by stating that the Femto was "the best-sounding (and best-looking) DAC I’ve ever heard."

NAD M2 integrated amplifier-DAC: There is a growing market for integrated components, particularly integrated amplifiers with built-in DACs. Although you can find examples both above and below the NAD M2’s price ($5999), I’d go with this beauty for many system configurations. The M2 combines multiple digital and analog inputs, so your options aren’t limited, as they are with many of these types of components -- and it can deliver 500Wpc of dynamic power and drive 4-ohm loads with aplomb. Although the M2 isn’t cheap, it can serve as the hub for almost all your hi-fi needs. One nit to pick: It has no USB input, though you can easily compensate for this with a digital-to-digital converter, of which there are many at reasonable prices. 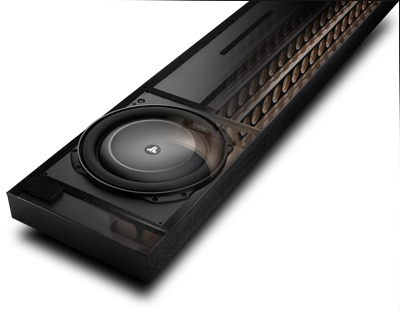 Two IWS subs, powered by a JL Audio amplifier, comprise the IWS-SYS-2 system ($7500). It provides the owner with low bass galore -- and I’m talking good, articulate, low bass, not the boomy mess some subs produce. After seeing how the IWS is made, I can wholeheartedly endorse it as an unqualifiedly "high end" product. And look, folks, whenever high-quality subwoofers are discussed, doesn’t the name JL Audio come up pretty quick?

Bits’n’pieces: The newest Paradigm loudspeakers, the 30th-anniversary models launched at the 2012 CEDIA Expo, look saweeeet -- I’d love to have a set of the floorstanding Tributes rockin’ my listening room. If ever a Paradigm model could be considered collectible, this would be it. And with the advanced driver complement Paradigm has included, I know the sound will be formidable. Is there a better way to turn your laptop computer into a music server than by adding an AudioQuest Dragonfly DAC? This little guy is capable of 24-bit/96kHz playback and can control the volume of your system -- and it’s no bigger than a thumb drive. Although the Dragonfly ($250) won’t make your MacBook an Aurender, it will get it mighty close for a fraction of the price . . . if you also buy for your Mac the latest version of the Amarra music-player software. Amarra now costs only $189 -- a fraction of its price when launched -- and sounds even better than before. The best thing about it, though, is that it runs in the background and lets you interface directly with your iTunes Library -- which simplifies its use, and makes it that much more a must-have.