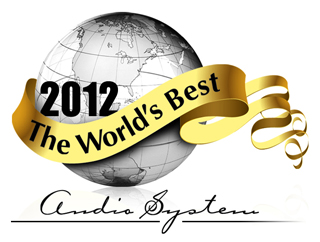 On August 1, 2011, on our Ultra Audio website, the SoundStage! Network published “TWBAS 2012: The Selection Process Begins.” At that point, as I began the methodical process of deciding precisely which components would be mated in The World’s Best Audio System 2012, the virtual slate was clean. But as that process continued, I couldn’t help but reflect on the history of The World’s Best Audio System. It’s been one wild ride.

The whole thing began in 2003, when I first had the idea of setting up and writing about a no-limits-of-any-kind supersystem in my own listening room. It sure did light my fire -- what audio writer wouldn’t want such an assignment? The first TWBAS article, published in February 2004, profiled an audio system comprising products from Halcro, Wilson Audio, EMM Labs, and Shunyata Research. From then on, “TWBAS” was a regular column on Ultra Audio, a place in which I wrote about the best individual audio components I could find. Since then I’ve written some 40 installments, not counting multiple “Opinion” pieces and related features published on other SS!N sites: The TWBAS archives are spread across multiple versions of the SoundStage! Network’s Ultra Audio: the original articles (February 2004 through February 2009), the middle installments (up through June 2010), and the current iteration.

TWBAS really kicked into high gear in 2009. That system -- products from Rockport Technologies, Harmonic Resolution Systems, Behold, Shunyata Research, Blue Smoke Entertainment Systems, and Crystal Cable -- was vastly superior to the first setup, in 2004, and showcased some incredibly original thinking from the likes of, among others, Rockport’s Andy Payor and Behold’s Ralf Ballmann. The 2009 system gave me the chance to stretch the limits of my Music Vault listening room, which had been designed by Terry Montlick, an absolute genius of acoustic design (now retired). TWBAS 2009 marked a high point in my audio-writing career -- and a high point in the sound quality achieved in my listening room. Those associated articles are widely read even today.

However, I thought that 2009 system would be the last I’d cover as a TWBAS event. The logistics of getting all those people and gear to converge on Coastal North Carolina at the same time proved a daunting task, and up till then I hadn’t exactly reveled in the constant challenge of trying to exceed the performance of past TWBAS systems. Why do it yet again, if the resulting sound might prove an anticlimax? Why go to the trouble of having folks fly in from around the world to set up a mere audio system?

The answer was and is, basically, curiosity. Last summer, SoundStage! Network writer Randall Smith and I began talking about what could possibly comprise a new TWBAS system -- assuming we were to put one together. We came up with all sorts of virtual combinations of components and wondered aloud what they might sound like -- pros and cons. That rekindled the fire. I then had discussions with SS!N publisher Doug Schneider about the logistics of a new TWBAS event and, if we were to go through with it, how we might provide coverage that was more thorough and more entertaining. One thing in our favor was that the SS!N now had a new, powerful tool for show coverage, www.SoundStageGlobal.com, a website that could be leveraged to better report on the event weekend itself. I then thought it would be interesting to bring in some of the top SS!N writers early in the process, so that they could provide input about the system and write their own profiles of the components selected. The fire we’d rekindled was gaining strength, and spreading.

So late in the summer of 2011, we sent a message to audio-industry personnel announcing that we were kicking off the selection process for TWBAS 2012. The announcement to our readership was made at the same time. In the weeks that followed, more than 50 companies from around the world contacted me, seeking a spot in TWBAS 2012. As much joy as it brings me to notify a company that it’s been chosen, it is not fun to tell a worthy company that I’ve decided against using its products. But I’ve always known that my own credibility is directly pinned to the ability of The World’s Best Audio System to live up its name. Suffice it to say that the selection process was intense . . . and exciting.

The video announcement of the actual system components was made during our coverage of the 2012 Consumer Electronics Show. We’ve gotten great feedback so far on the system components, though because some of the products are still fairly new to the marketplace, not that much is known about them. But have no fear -- here are eight individual Product Profile articles by various SoundStage! Network writers, each a detailed technical profile of one of the products comprising TWBAS 2012.