Power of the Past: Reliving the Krell FPB 600 and Threshold SA/12e Amplifiers 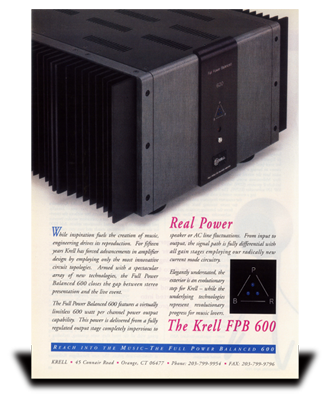 Most of us can remember the first time it happened, the moment that sealed the deal for us: It sounded like magic, like real music being played in the room, and we were hooked -- audiophiles for life. The components of the system that made that moment possible will always hold a special place in our memories.

The first super-high-end amplifier I owned was a Threshold 400A. I bought it from a former Threshold employee for $500 and used it to drive a pair of Klipsch bookshelf speakers in my apartment. They really made music. After the Threshold came a Krell KSA-250, also bought used. That amp served me well for several years, and I remember thinking that I’d never need another. We all know how that story ends.

My nostalgia for these long-disassembled but much-beloved systems -- the ones that got me started in high-end audio -- inspired me to revisit the Krell and Threshold brands and some of their most storied products. As much as anything else, I wanted to relive those days of Audio First Love -- but I also wanted to hear how some of yesterday’s best would sound in my current system. And heck, if nothing else, it would make for an interesting article. So off to Audiogon I went . . .

I settled on two models of power amplifier (old speakers are too risky, old sources just not so good): the Threshold SA/12e monoblocks and the Krell FPB 600 stereo. For those who don’t remember these models, here’s a brief synopsis: 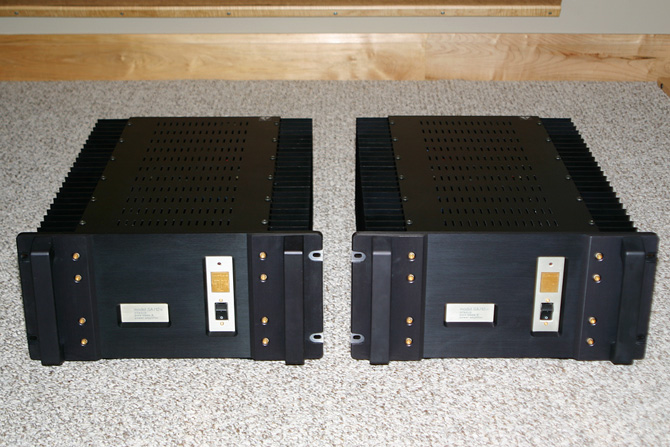 The SA/12e was the pinnacle of the “e” series of Stasis amplifiers from the Threshold of yore, when the company was helmed by Nelson Pass. Many consider these behemoths the classic Thresholds to own, as the company was at its best when they were designed and sold. The SA/12e was claimed to produce 250W into 8 ohms or 500W into 4 ohms, and its 64 output devices per channel comprised what Threshold boasted was the most powerful output stage then available in any amplifier -- and I don’t doubt that was true in the late 1980s, when the SA/12e was produced. The front of the chassis is dominated by a pair of 1200W toroidal transformers; directly behind these are eight filter capacitors, topped by the gold-plated circuit boards that were hallmarks of Threshold components. The SA/12e retailed for a hair over $14,000 USD per pair, and it was massive: each weighed about 130 pounds and measured 19"W x 8.72"H x 27.75"D. 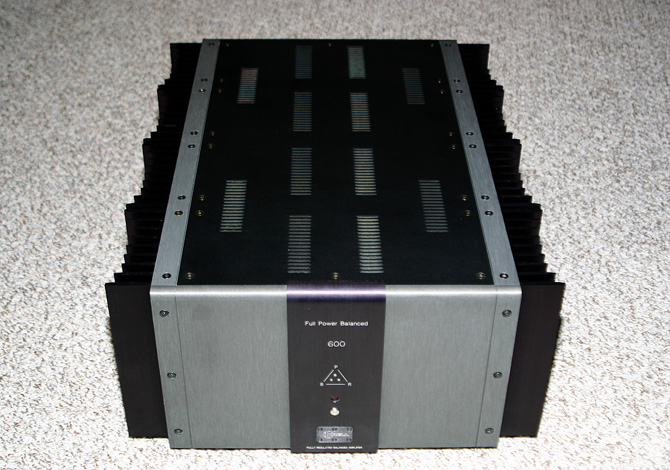 The FPB 600 was, as far as I know, Krell’s first fully regulated stereo amplifier. Instead of simply being regulated by the power-supply filter capacitors, each of its 30 output devices per channel was actively regulated by another active output device. That makes for a total of 120 output devices in a stereo chassis. Wow. The power supply was no less impressive: two 4kVA transformers, for a total of 8000W on tap. All of this hardware translated into a 180-pound beast that, though rated at a “mere” 600Wpc, could actually output closer to 1000Wpc into 8 ohms. If the word unflappable could ever be applied to a power amplifier, it describes this one. The FPB 600 was introduced around 1997, just over ten years after the Thresholds, and retailed for $12,500. 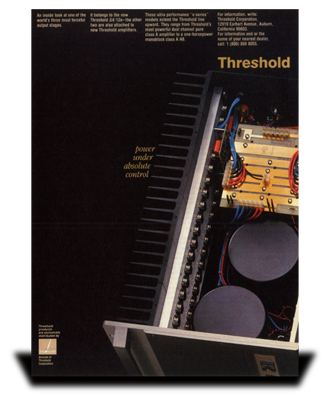 As for these amps’ sounds, I won’t do a play-by-play review as I would with new products, but there were some things I drew from the few days I spent with each installed in my system, driving a pair of B&W 803 Diamond speakers.

The Thresholds’ sound was characterized by utter smoothness and liquidity. They imparted a golden, roundish tone to voices that made singers sound natural and fully developed in the soundstage. Although not as transparent as the absolute best amplifiers of today, the sound was still fully engaging, with a large soundstage and full, three-dimensional images. The Krell was even a little better: slightly more transparent across the audioband, with greater control at the frequency extremes. It had that effortless quality you get when you combine huge power reserves and full-range sound, but it was also very adept at retrieving low-level detail, and had rock-solid bass.

Caveats: The Threshold SA/12es, or any 25-year-old amplifier, will need to have its power-supply filter capacitors replaced. This is true for units that are 15 years old or older, and should be factored into how much you’re willing to spend. On the plus side, there are some good resources available in the service realm to have this work done. I can imagine that the Threshold SA/12es would have sounded even better had I had this done. Also, it would be prudent to check with the manufacturer to see if they still service the discontinued model you’re interested in. If they’re still in business, most will. If they’re defunct, then usually someone else has picked up the ball. To find these repair resources, do a Google search, or check the usual audio forums.

I enjoyed my foray into the past. These amplifiers were special when they were new, and can still make for extremely pleasing listening experiences today. Although I won’t be selling any of my current reference electronics to replace them with these, I know now that my fond memories aren’t just romantic nostalgia. And I now have some new memories to add to them.