As the culmination of our July tour of the Gryphon Audio Designs facility in Aarhus, Denmark, my wife, Andrea, and I, along with Abigail and Ian, our daughter and son, entered a brand-new Gryphon listening room—a space that had recently been renovated by the company. On demo was the mighty Kodo speaker system, a four-tower design. Not only is the Kodo the flagship of Gryphon’s current speakerverse, it’s the largest loudspeaker system the company has ever produced. The ones we would be listening to were Soul Red Crystal, and they retail for $360,000 per four-tower system (all prices USD). 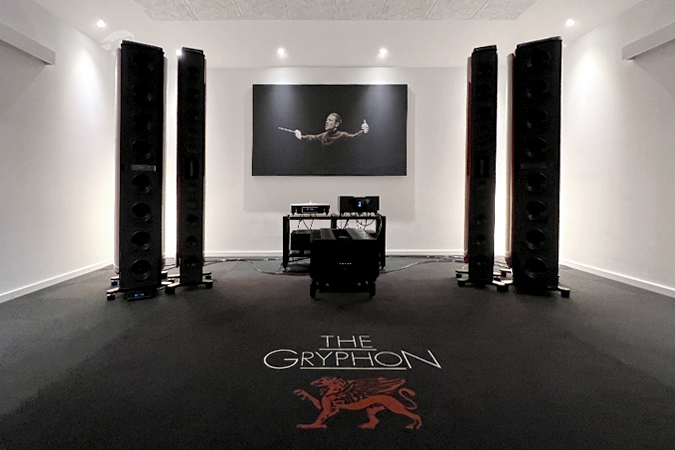 Driving the Kodo’s mid-and-high-frequency towers was an Apex Stereo power amplifier ($99,000)—the massive bass towers (located on the outside) are powered by purpose-designed Gryphon amplifiers built into the rear of the cabinets, behind the woofers. The source component was none other than the art-piece Gryphon Ethos CD player ($38,000), which in turn fed a Commander preamplifier ($63,000)—the natural partner to the Apex. (The Essence Stereo power amp on the rack was not being used.) Gryphon’s own Vanta cabling tied everything together, and the electronics were supported by the company’s StandArt racks. 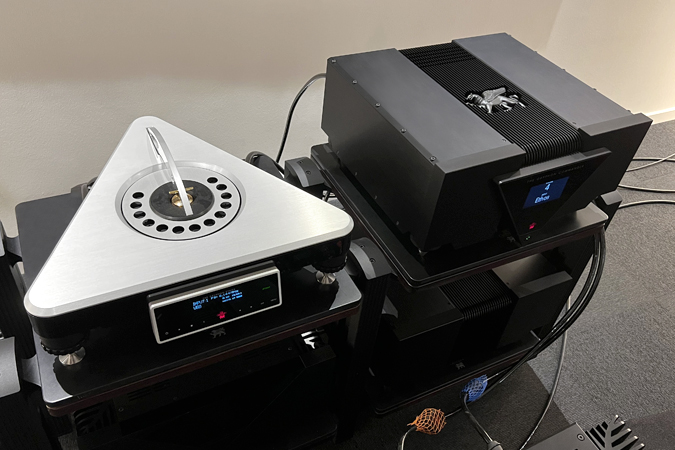 Sales director Rune Skov played the role of DJ for our session, serving up favorite cuts from his eclectic music collection. We listened to classical, jazz, and rock. Our favorite track this day was Fleetwood Mac’s “The Chain” from their definitive album, Rumours. The Kodo system masterfully reproduced each element of the song, scaled and formed oh so perfectly on the massive soundstage. Vocals were not only easy to dissect with perfectly natural tonal balance but so easy to listen to—it was like listening to the world’s largest, best single-driver speaker in the mids, but with apparently limitless extension in both the highs and the bass. This is one coherent loudspeaker system, and it can also deliver ridiculous dynamic range with no audible distortion. 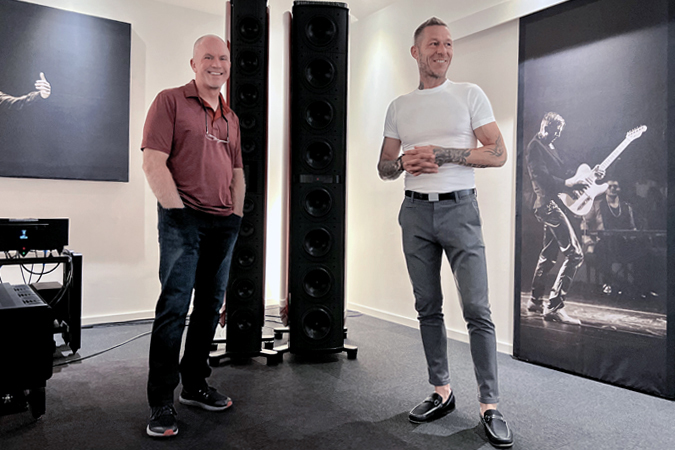 On some of the tracks we sampled, I could sense the power contained in the Kodo’s bass towers—the woofers were loping along at the levels we were listening to, but there was no doubt in my mind that we were only scratching the surface of the Kodo’s massive low-frequency headroom. The entire experience was only enhanced by Rune’s knowledge of the tracks he played and his selection of the perfect volume setting for each cut. One of my final thoughts as we came to the last track was that the Kodo-based system was like a road untraveled—the owner of such a supersystem would be able to explore unknown sonic locations in what would have to be a once-in-lifetime musical journey. My wife and kids were amazed by the whole experience, and they’ll no doubt wonder why my system at home doesn’t do the same things! 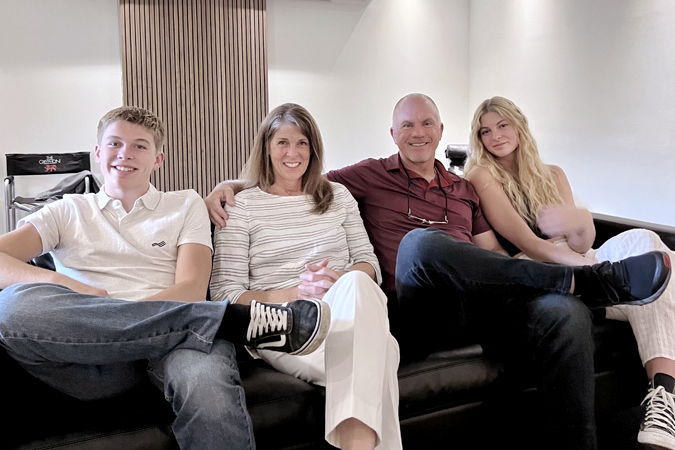 While we were finishing up at the Gryphon facilities, I took note of the Gryphon museum contained within the foyer. I spied a pair of Reference One mono amplifiers among other legacy Gryphon products. I was told each of these components were the original prototypes of their respective models. It was a drool-inducing illustration of where the company has been—and no, none of these components are for sale at any price. 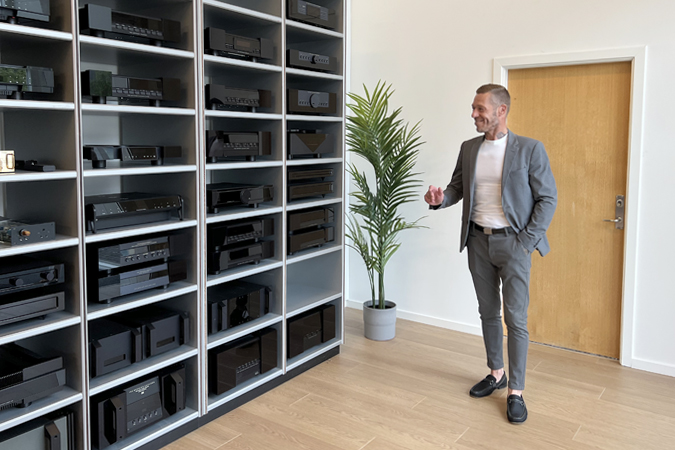 After we left the Gryphon facilities, but before returning to our hotel in Aarhus, Rune treated us to lunch at a local restaurant, Gastronomisk Institut, overlooking a beautiful lake. I had the opportunity to interview Rune and get to know the face of Gryphon a little better. I was struck by a couple of things. The first was how highly he spoke of his colleagues. Although clearly a man that has spearheaded the ascension of the brand over the last couple of years, Rune gave almost all the credit to his coworkers—a sure sign not only of a person’s humility, but of team building at the highest level.

Rune’s eyes lit up when he began talking about Tom Møller, Gryphon’s chief engineer. He stated:

Tom is the brain behind all of Gryphon electronics and has been for 22 years. All the circuitry has his signature on it. Tom has been kept in the shadows, but he deserves a lot of the credit [for Gryphon’s success] and is important to those who love music [through their Gryphon stereo components]. Tom’s knowledge of power supplies and analog circuits is extraordinary. I’m super proud to be working with Tom. He is a dear friend and such a gifted person. 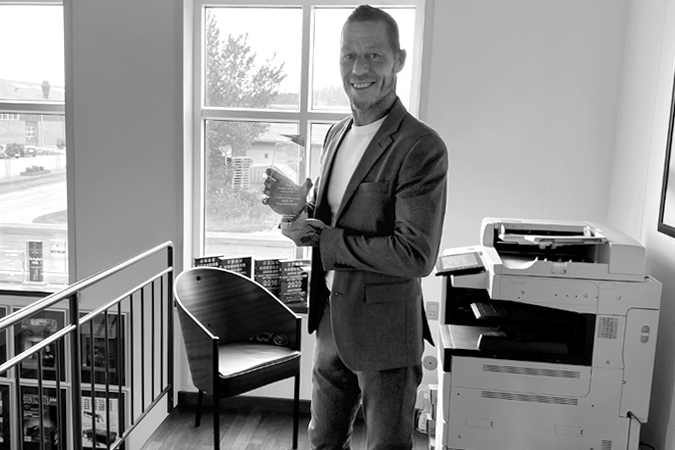 Rune was also happy to acknowledge Bjarne Stenholt, a 25-year Gryphon employee who Rune described as a “logistics mastermind.” Bjarne keeps Gryphon products continuously rolling out the door on their way to their anxiously waiting owners. Rune quipped that Bjarne allows Gryphon employees the freedom to know he will “put the puzzle together to make everyone happy.” And with, as Rune put it, “. . . the sale of more than 100 Apex amplifiers since the release, six months ago,” keeping the products shipping out on time is critical. Regarding the Apex, Rune stated that “it was the product everyone has been waiting for.” The Eos speaker, introduced in Munich at High End 2022, ships in September of this year, and Bjarne will be the one ensuring those initial shipments make their way around the world in a timely fashion. 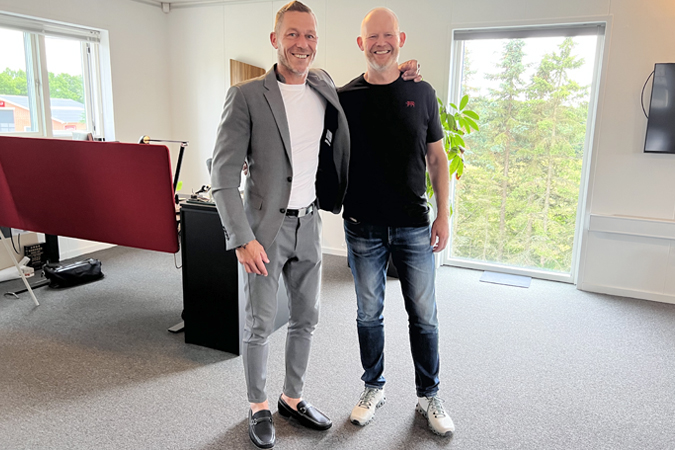 And lastly, Rune used only superlatives in expressing his admiration of Jakob Odgaard, CEO of Gryphon, with whom he obviously works very closely. Jakob is clearly a serious leader. 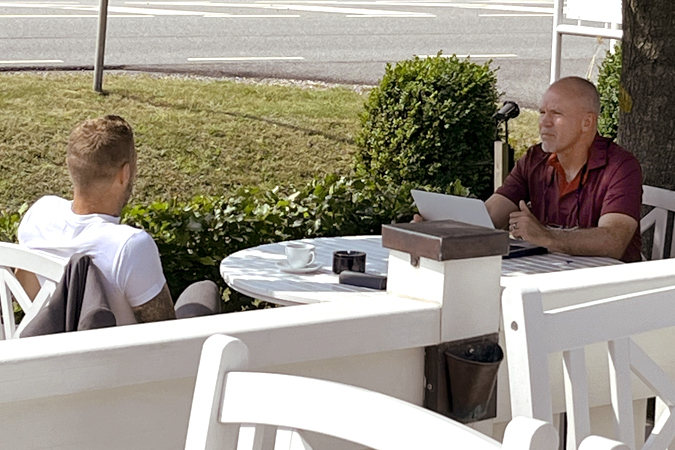 When I asked Rune what he feels about his work for Gryphon, he thought for a few moments before answering, then said:

Pride. In a good way. I am super proud of presenting what I think is the finest brand in high-end audio. Like working at Lamborghini or Koenigsegg. Having the feeling of being part of something that is bigger than oneself. Taking care of a brand with the long history and heritage of what Flemming Rasmussen created. It is important to uphold those values and ideals. When I leave many years from now, it is important to me that there is someone equally committed to those ideals: creating relationships with the end users and partners. These are more than just products, they are feelings.

My next question for Rune was about Gryphon’s future and what Rune sees as the challenges to come, to which he replied:

Growing [Gryphon] into its potential. Not an esoteric brand, but an exclusive luxury brand. It’s like Lambo before Volkswagen took over. They produce more cars now, but better cars.

We are living up to people’s expectations of the brand. I work with the best distributors, dealers, reviewers, and end users in the world. Discussing life with these people is a luxury in itself. I am humble and appreciative of the opportunities I’m given. Gryphon is not a job for me but a lifestyle.

My last question for Rune was about what he thought Gryphon could become in ten years. He didn’t hesitate: “The most desired audio luxury brand in the world.” 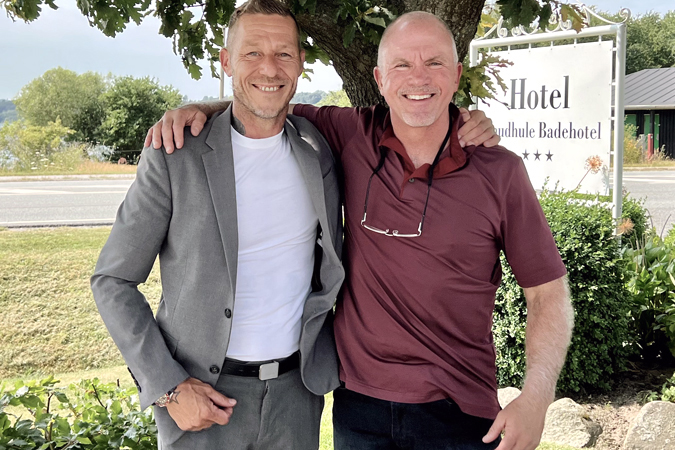 Rune’s parting words should inspire Gryphon fans everywhere about the future of the company and its products: “You don’t design to be the second best.” 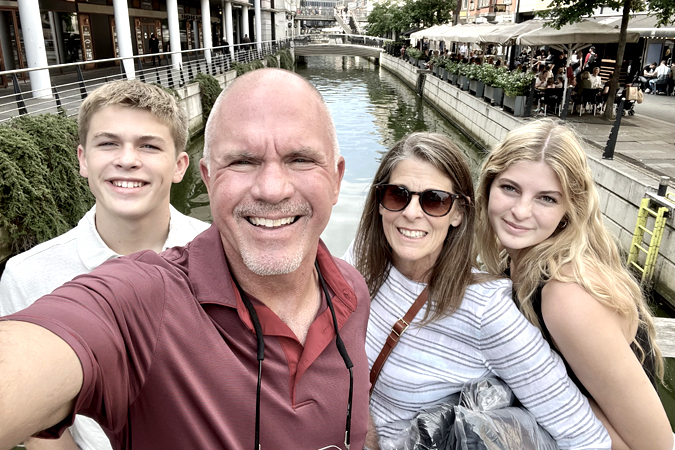 As we left Gryphon and Aarhus, I felt humbled and blessed by the experience I had just had with this amazing Danish company. I see only bright things in its future . . . or perhaps many more beast-like dark things that produce ample class-A power.