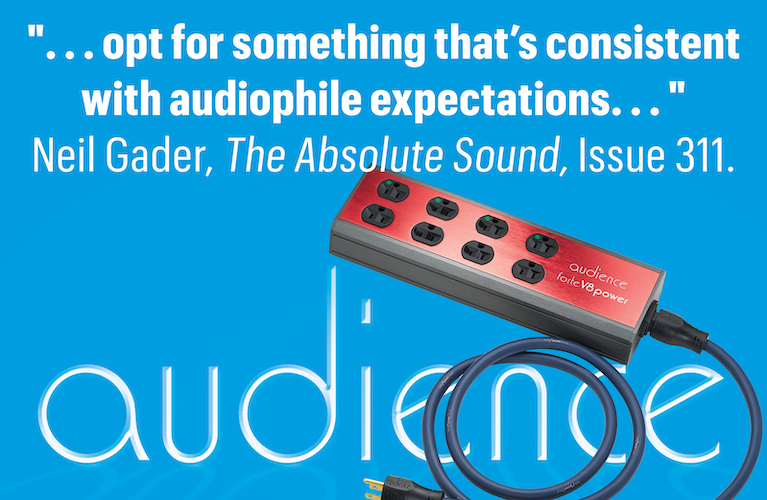 When it comes to amps, my beat here at the SoundStage! Network involves integrated amplifiers, which for the most part have been solid-state. The one exception has been the Esoteric A-100, which I reviewed in 2008. Reviewing that $19,000 USD amp based on the KT88 output tube was a singular experience -- it remains one of the finest amps I’ve ever heard. So I was intrigued when Jeff Fritz offered me the opportunity to experience what Esoteric could do in a lower-priced but higher-powered solid-state integrated amp, the I-03 ($13,000). I leapt at the chance.

Call me a dinosaur, anachronistic, or snatch a bon mot from one of the uncharitable cranks who sound off on some online forums, but listening to vinyl records on a decent-quality, properly set-up turntable still provides the best approximation of real music that I have heard. There’s just something intrinsically right or more real about it: LPs sound more open, fluid, textured, detailed, dimensional, and -- this is where the magic is -- effortless than their digital counterparts.

Our number-centric brethren may point to measurements as proof of my stupidity, while others may point out that I’m just a self-deluded, middle-aged freak trying desperately to hold on to the brass pole of my youth. Be that as it may, I am not proclaiming some kind of neo-Kantian universal maxim of analog. I here state my personal bias not to start yet another donnybrook of analog vs. digital, but to provide some context for what I heard in my time with NuForce’s DAC-9 digital-to-analog converter.

Many people, perhaps most, think of power conditioners as providing some degree of protection for their audio systems -- protection they’re happy to have, so long as it doesn’t interfere with the sound quality. The adeptResponse (aR) power conditioners made by Audience, based in San Marcos, California, turn that thinking on its head: Their raison d’être is to improve a system’s sound. 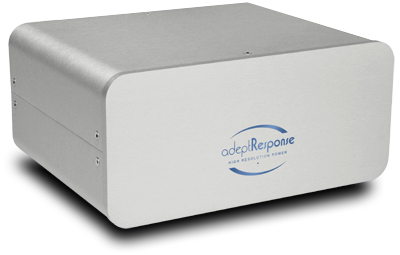 In the mid-2000s, Audience added power conditioners to its line of accessories, tweaks, and cables. Since then they’ve added loudspeakers (including their own drivers), a planned preamplifier and power amp, and capacitors. The power conditioners currently comprising the aR series share parts and details of internal construction, differing only in their cosmetic details and number of outlets (two, six, or 12). These are serious power conditioners -- with them, Audience aspires to offer the best sound available for their various price points. 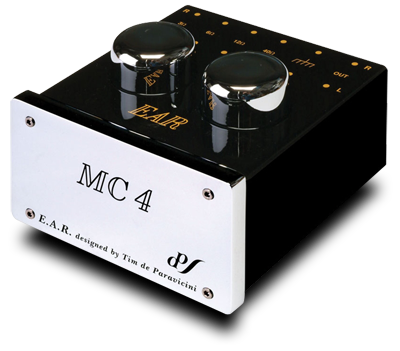 As I write this, fall weather has come on just over a week ago here in Oregon. Two or three days of coolish, overcast days were followed by a day and a half of soft rain showers. Then, clean, crisp, coolish mornings gave way to a lovely slanting light of afternoon, warm and yellow, bathing the plum and Japanese maple trees, both on the verge of turning, subtle tonal colors of their varied green leaves shining in the rich luminescence of the new autumn. Things in the garden that had seemed blonded by the intense sun of summer now appeared somehow freshened -- hennaed tassels of corn fringed more deeply purple, yellow marigolds more golden, red and orange heirloom tomatoes shining as if lantern-lit from within. Even the colors of the earth seemed to gain gravity, their browns deepened with new umber. Time to put away gardening tools, fishing rod and reel, and get back into audio!

These past few years, fall has always meant moving away from summer life outdoors and back inside, to my study and listening room. Curiously, come fall, I seem to hear music better, the season’s intensification of floral colors echoed in the varied timbres and tonal lusters of the music I hear through my audio system. It’s especially the case with analog, where any change in the chain of amplification can intensify and transform listening, often revealing heightened details, the gorgeous splendors of playback having been suborned by memory and the summer’s distraction. Therefore, I think of the MC 4 step-up transformer ($2195 USD) from EAR as a kind of perfect autumnal instrument for my audio system. It does for music all that fall does to my garden’s living colors. 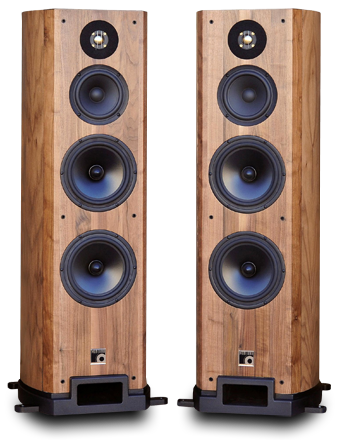 Buy an audio component and you buy its designer’s vision. Buy a loudspeaker, amplifier, or turntable from PBN Audio, and it’s Peter Noerbaek’s vision you’ve brought home. PBN’s success is a testament to the power of his vision, and proof that the entrepreneurial spirit is alive and well in high-end audio.

Founded by Noerbaek as a part-time business in 1992 and full-time since 1993, PBN Audio took a while to gestate. Although trained as an electrical engineer in his native Denmark, in 1986 Noerbaek was transferred by his company to their office in San Diego; apart from a brief interval, he’s been there ever since.

Only a few years ago, the conventional audiophile wisdom was that the best sound from computer audio could be had for the price of a Mac computer and downloaded aftermarket music-player software from the likes of Amarra or Decibel. There wasn’t much else you could do to improve that setup, except maybe a few tweaks to make the computer run its best: RAM upgrades, better USB cables, and so on.

But computer audio continued to evolve: Enter the standalone music server, built not for the masses -- that is, not for convenience and for simultaneously performing a multitude of tasks -- but for the hardcore audiophile for whom high sound quality is paramount. It’s the audiophile way: The quest for better sound required a rethinking of the computer as music server, and a number of companies have taken up the challenge.

An ever-increasing proportion of audiophiles now seem to be fully committed to music servers as high-end sources. And where a need is perceived, someone will be ready to fill it, which is why standalone music-servers from various companies are popping up like weeds in fertile ground.

Years ago, when I was first getting into high-end audio, I remember walking into a dealer’s showroom in Austin, Texas, interested in listening to some subwoofers for two-channel music. At the time I was using a simple two-way speaker that was restricted to about 40Hz, so I figured a good sub would help fill in what I’d been missing. The dealer had a stereo set of subs set up with a pair of speakers that were also restricted in the deep bass. When the subs were switched in and out, I heard a bit more bass depth, a bit more ambience, but nothing earth-shattering or obvious. Where’s the bass? I kept thinking. It’s like the things are barely on -- they’re hardly doing anything! No sale that day.

Friends ask me why, in this day and age, I’m reviewing a CD player.

"Because," I tell them, "you keep bringing CDs for us to listen to."

CDs are still a viable music format. I have a great appreciation for what’s being done with music servers and other types of computer-driven audio components, some of which are astounding in their level of performance. But at the end of the day, when I go into my listening room, I have a ton of CDs to choose from. For me, it’s just as easy to load a disc, sit back, and get into the music.

Copland, founded by Ole Møller, has been making high-quality electronics in Denmark since the 1980s. I first encountered Copland’s offerings at a late-’80s Consumer Electronics Show, and found them extremely well made and well regarded -- as they are to this day. Copland has seemingly always provided high-quality European construction without going overboard on price.

So when the opportunity arose to review Copland’s new CDA825 CD player ($6500 USD), I was more than a little excited to hear what it could do in my system. I was put in contact with Diane Koebel, of Divergent Technologies, which distributes Copland products in North America. She set the review in motion, and shortly thereafter a Copland CDA825 arrived. 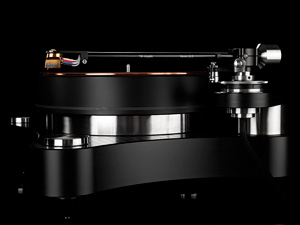 TW-Acustic, a small German company, has made quite an impression on the analog world since it introduced the Raven AC turntable at Munich High End 2005. In quick succession, TW-A introduced five attractive turntables, each with features that made it distinct from its predecessor, yet with an overall design philosophy that demonstrated unifying principles regarding analog sound and the production of precisely wrought mechanics to execute those principles. The eye-popping Raven AC cocked heads with its gorgeous copper platter mat, innovative plinth and platter materials, cantilevered armboards, the number of tonearms it could accommodate (as many as four, à la Micro Seiki), outboard Pabst motors, fine-spun yet lavish sound, and easy operation. Then, in 2007, came the Raven One, a simpler (one motor, one arm) and more affordable version of the AC, but with the same sonic character and precision machining. Introduced with the One, the Raven Two featured the ability to mount two tonearms simultaneously. The Raven .5, introduced in 2008 and discontinued shortly thereafter, was the entry-level baby of the family. The Black Night, TW-A’s Gothic flagship, debuted at Munich High End 2009 and is a veritable Batmobile, with a huge and hugely ingenious motor mechanism, a solid-copper platter, astonishingly attractive lines, and a feeling of a sensuous organicism wedded to finely machined industrial design. Finally, the single-chassis Raven Limited, with inboard motor and controller, debuted in 2011. Though only 50 of these handsome units will be made, each comes standard with the subject of this review: TW-Acustic’s new Raven 10.5 tonearm ($5500 USD).

I think my powers of observation are weakening as I grow older. When a courier showed up at my house with a diminutive box sent to me from the UK, I was mystified. The audio hobby has conditioned me to expect things to be bigger than I had anticipated, and so entombed in packaging that I end up buried in a mountain of paper and cardboard, and dreading the day I must repackage the bloody thing and ship it back. (Esoteric’s E-03 phono stage packaging could make an environmentalist faint dead away: It still holds the record for the greatest ratio of cardboard to gear in my experience.) I looked at the delivery person, wary as I am of the breed, and asked where the rest of the bits were.

But this little box turned out to be Box 1 of 1. It contained precisely one small, extremely lightweight phono stage, a very compact user manual, and no power supply. In fact, the Artisan Silver moving-coil phono stage is so small and lightweight that I had to tussle with my interconnects and position the whole assembly just so, to keep its rear end flat on the rack! Artisan, of course, doesn’t hide the fact that the unit is small -- that’s down to me not paying attention while visiting their website. Nor do they hide the small price: £209, or about $305 USD or Canadian at the time of writing.