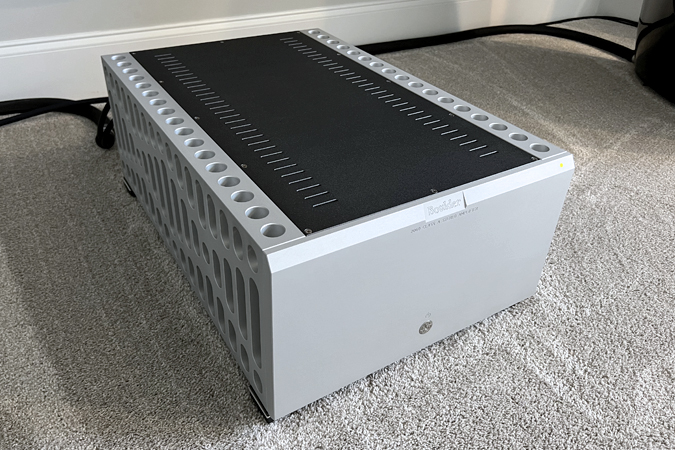 Design: The Boulder Amplifiers 2060 is a stereo power amplifier that was in production from 1997 until 2014—one of the longest uninterrupted product lifespans I have ever seen in high-end audio. It measures 10.75″ × 18″ × 26.75″ and weighs 240 pounds. The 2060 is specified to output 600Wpc into 8, 4, or 2 ohms, and will produce peaks of 1200Wpc into 4 ohms, or 2400Wpc into 2 ohms. The power supply consists of two 2500VA toroidal transformers potted and encased in a stainless-steel enclosure, which is then bolted to the bottom of the chassis. 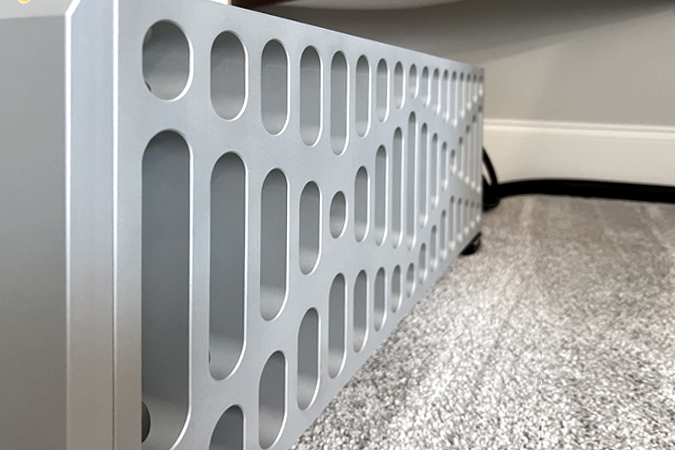 There are 40 bipolar output devices per channel, and the amp only offers balanced connections. All chassis parts were machined in-house using Boulder’s CNC machines—only the anodizing was outsourced. Specifications include a signal-to-noise ratio of 133dB (unweighted, 20Hz to 22kHz) and total harmonic distortion of 0.0005% (20Hz to 2kHz). The 2060 uses load-sensing biasing circuitry in order to keep the unit in class-A operation. Construction details include damped, constrained-layer feet and a damped top panel and chassis parts. The heatsinks were designed to prevent ringing from the one-piece aluminum construction. 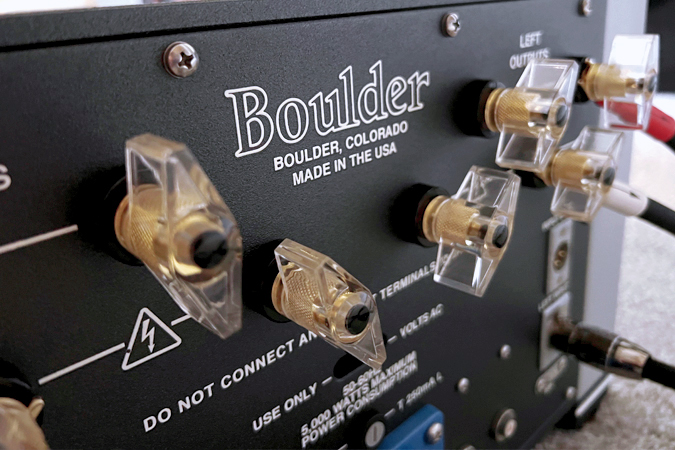 Why I chose it: My 2060 was manufactured in 2011. This is actually the second 2060 I’ve owned, and I returned to the model for some very specific reasons. At CES 2014, I spoke to Boulder’s Jeff Nelson about the 2160—the model that replaced the 2060—and he told me there were two reasons for the introduction of the new model: neither were sonic. One, to simply make the unit more efficient to manufacturer; the second was to use surface-mount componentry in the circuit boards. Otherwise the hardware in the units is virtually identical—hence my decision to purchase a used unit at a significant saving over a new 2160. 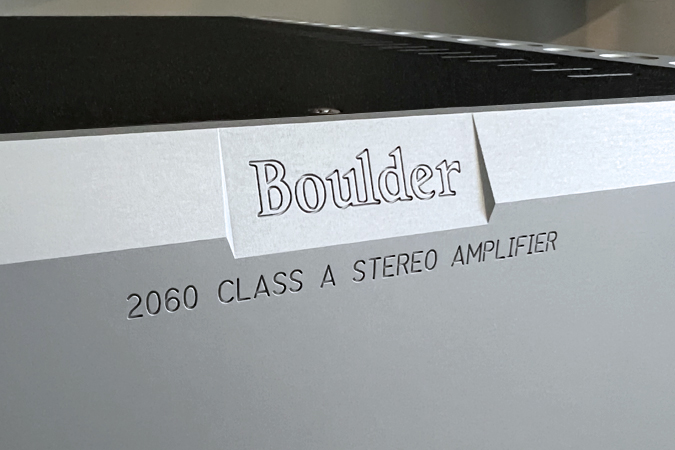 The 2060 is superbly quiet, producing no mechanical noise and no noise through the connected loudspeakers. This amplifier seems off when it’s on . . . until the music starts. Then the 2060 can explode with massive dynamic range and yet produce the most minute details, all while sounding as tonally neutral as any amplifier I’ve ever heard. A bonus is the build quality: it’s as good as it gets in the industry.