When I imagine the vault that holds all of the recordings Neil Young has ever made, I conjure up a Batcave filled with tape boxes. In the last 14 years or so, Young has released a lot of material from his Neil Young Archives. The eight-CD Neil Young Archives Vol.1, 1963–1972 (2009) mixed previously unreleased rarities with things that had been available for a while. Young has also cut loose a series of live albums from performances over the years, and in 2017 issued Hitchhiker, a solo acoustic studio album recorded on a single evening in 1976. He has also released all-analog vinyl editions of much of his catalog.

The latest release from the Archives is Homegrown, taped from June 1974 to January 1975. After playing Homegrown and Tonight’s the Night for friends, Young decided the latter was the better album, and gave it the go-ahead for release. Cover art for Homegrown had already been designed, but Young held it back. “A lot of the songs had to do with me breaking up with [Carrie Snodgress],” Young told Cameron Crowe in a 1975 interview. “It was a little too personal . . . it scared me. . . . I’m sure parts of Homegrown will surface on other albums of mine.” 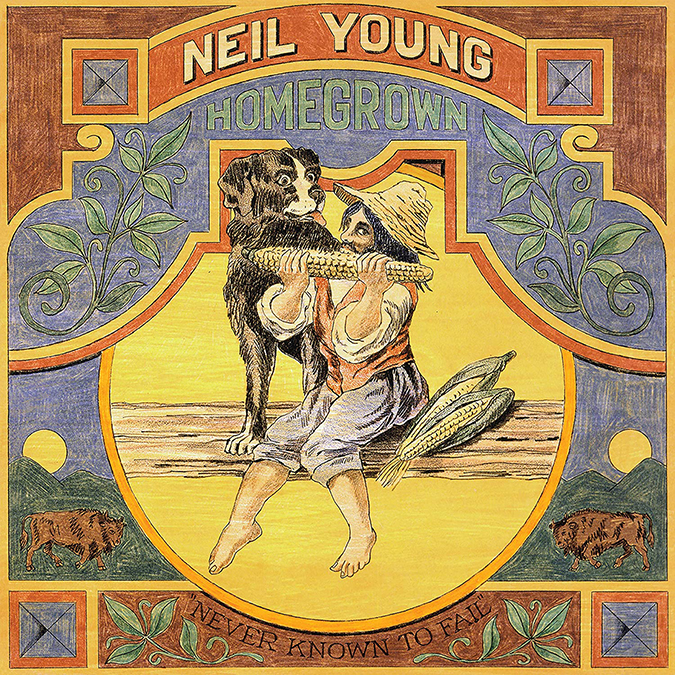 That’s what happened. Some songs ended up on later albums in their original recordings, others were rerecorded, and still others showed up in live performances over the years. Snodgress died in 2004. Homegrown is dedicated to her.

The album begins with “Separate Ways,” Young heavily strumming an acoustic guitar against Tim Drummond’s simple but firmly stated bass line. Young sings sadly of his breakup -- “Now we go our separate ways / Lookin’ for better days” -- as Ben Keith’s steel guitar underscores the sorrow in his voice. Levon Helm’s drumming here and in the next track -- “Try,” a slow waltz -- remind us how good he was at firmly grounding a song without calling attention to himself.

Young accompanies himself on piano in the brief (1:40) “Mexico” -- most of the album’s 12 songs are short -- the breakup making him sing of going south for respite. His acoustic guitar is the only instrument on “Kansas,” in which he wonders if a one-night stand might help him move on. Robbie Robertson adds guitar to “White Line,” but otherwise the song is carried by Young’s voice and guitar. These songs’ uncomplicated arrangements support performances by Young that are emotionally bare as well. 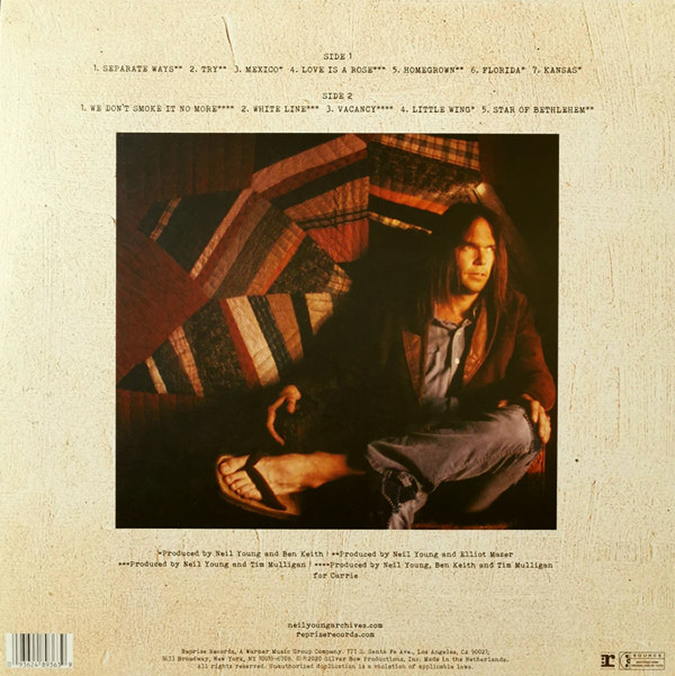 Young would include “Little Wing” on Hawks & Doves (1980), and “Star of Bethlehem,” with a guest vocal by Emmylou Harris, on American Stars ’n Bars (1977). In both cases, he used the recordings from the Homegrown sessions. Young revisited “White Line” on Ragged Glory (1990), in a defiant-sounding, harder-rocking version with Crazy Horse -- here it’s bittersweet and introspective.

“Florida” is a spoken-word piece with strange accompaniment: Young and Keith each drawing a wetted finger around the rim of a wineglass. Those words -- they turned up on the inner sleeve of Tonight’s the Night -- serve as an odd, haunting interlude on Homegrown. The blues-drenched “We Don’t Smoke It No More” adds some grit and humor, but, as Young has noted, would have fit just as well on Tonight’s the Night. Both of these tracks sound more like ideas than finished songs, and reinforce the impression that Young made the right decision in releasing Tonight’s the Night instead.

Chris Bellman mastered the vinyl edition of Homegrown, which was pressed by Record Industry, in the Netherlands. As far as I know, this is the first LP I’ve heard from Record Industry -- it’s flat, absolutely quiet, and overall an outstanding pressing. Instruments sound startlingly clear and real, and small touches -- the crisp snap of Helm’s hi-hat, Young’s breath through his harmonica -- reach out to accentuate the music’s excitement and immediacy. Young’s voice is beautifully textured and three-dimensional; this recording puts you in the studio with him and the other musicians. 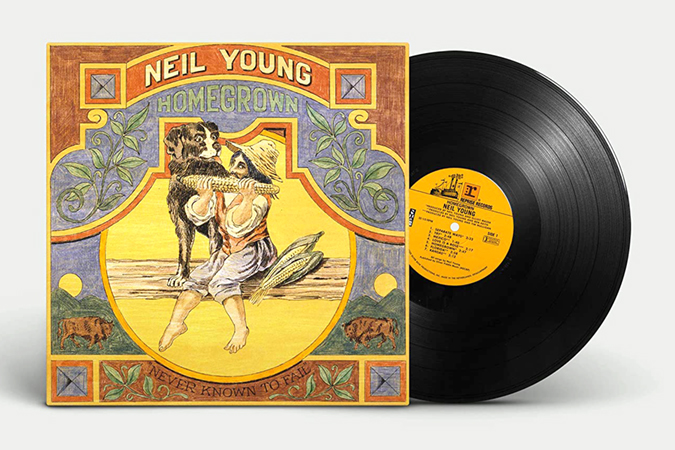 Homegrown fills a gap in Young’s recorded history, and it’s at least as good as Hawks & Doves or American Stars ’n Bars. The sadness and tenderness that flow through these songs make the entire album heartfelt and honest. That it sounds so good is a bonus.