Many musicians have recorded music that is overtly political, but few have done it more often or been more resolutely outspoken than Steve Earle. His albums Jerusalem (2002) and The Revolution Starts Now (2004) were critical of the George W. Bush administration, and Earle’s opposition to the death penalty has led him to write and record several songs about the issue, including “Billy Austin” and “Ellis Unit One,” both featured on the soundtrack of the film Dead Man Walking (1995).

Earle has of course also done work that is not specifically political, but his new album, Ghosts of West Virginia, looks at the human toll exacted by neglecting the problems of the working class. Earle wrote seven of these ten songs for Jessica Blank and Erik Jensen’s off-Broadway play, Coal Country, about the 2010 explosion at the Upper Big Branch mine, in West Virginia, that killed 29 miners. Massey Energy owned the mine, and the company’s CEO was charged with a number of safety and other violations. He served a brief jail sentence for a misdemeanor. 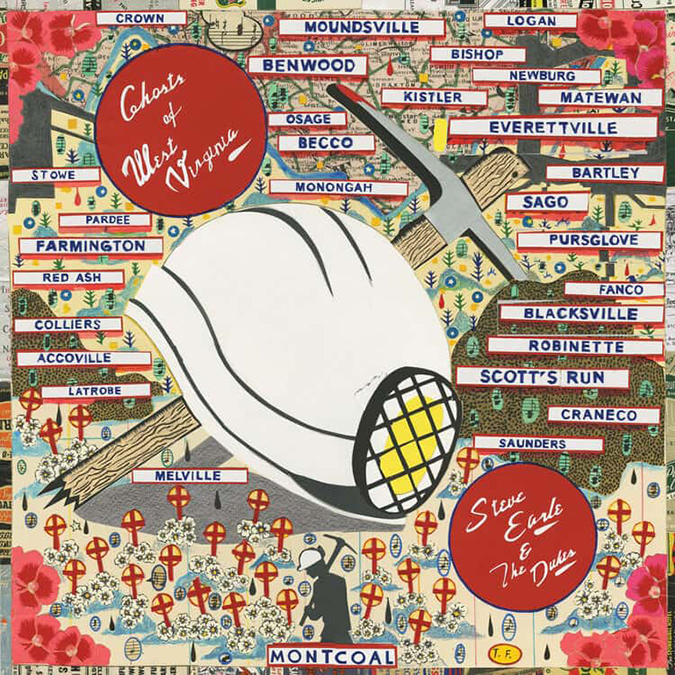 Earle’s voice is gritty as he sings, a cappella, “Heaven Ain’t Goin’ Nowhere”; his band, the Dukes, and Erik Jensen join him to sing the chorus. The final verse embodies a universal truth about religion and the poor:

In “Union, God and Country,” Earle sings of the three traditions that mark the West Virginia mine culture, but here Union means the United Mine Workers. Eleanor Whitmore’s country fiddle and Ricky Ray Jackson’s Dobro give the track backbone. Earle touches on the importance of unions again in “John Henry was a Steel Drivin’ Man,” reminding us of their waning powers:

“It’s About Blood” is a searing country-rock song about “every man that died for a coal-covered dollar.” At the end of the song, Earle names every miner who died in the 2010 explosion, his voice rising in righteous anger with each name as guitars snarl and Brad Pemberton’s drums stomp behind him. Throughout the album, Earle ties his message to the real people whose hard work is easily forgotten, and it keeps Ghosts of West Virginia from being an abstract political statement. The anger is well earned.

“Devil Put the Coal in the Ground” and “Black Lung” describe the grinding work and the risk to life of coal mining. Chris Masterson’s searing guitar puts across the fury of the first song, and Earle’s mandolin gives “Black Lung” its force. Whitmore sings the touching “If I Could See Your Face Again”; in her voice are the sadness and longing the dead miners left behind. 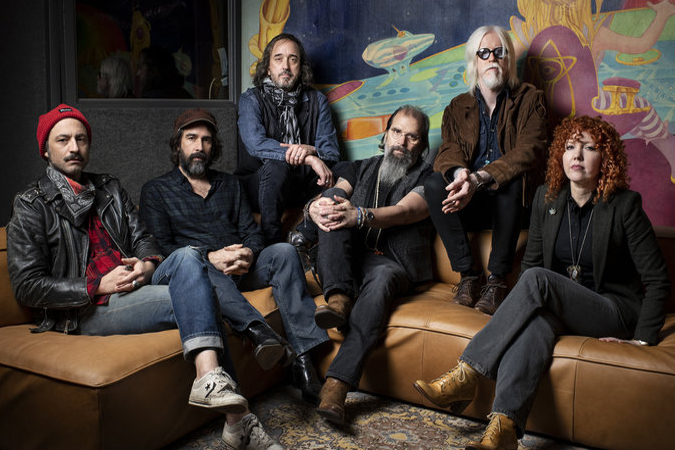 Ghosts of West Virginia takes in everything from traditional country to southern rock, and the Dukes play it with skill and conviction. This brief (29:49) album was recorded in mono at Electric Lady Studios, in Manhattan, with Ray Kennedy engineering. The sound is clean and natural, and individual instruments are easy to pick out in the soundstage.

Jeff Powell mastered the album for release on LP at Nashville’s Take Out Vinyl, and the album was stamped by United Record Pressing, who do most of New West’s vinyl. The LP isn’t the last word in quiet backgrounds, but it was more than acceptable. The plastic lining the inner sleeve left marks on the vinyl that a cleaning didn’t remove, but I couldn’t detect any effect on the sound of the record.

A sticker on the LP’s shrink wrap includes this statement by Earle: “I thought that, given the way things are now, it was maybe my responsibility to make a record that spoke to and for people who didn’t vote the way that I did.” As he reminds us of the sacrifices and pain of working-class people, Steve Earle gives them eloquent voice on Ghosts of West Virginia.