Written by Joseph Taylor
Category: Recording of the Month
Created: 01 May 2019

Contours, a quintet session, was Rivers’s second recording as a leader. His first, Fuchsia Swing Song (1964), was reissued on vinyl in 2016 as part of a final wave of releases marking Blue Note’s 75th anniversary, in 2015. Contours (1965) is the third release in Blue Note’s Tone Poet Audiophile Vinyl Reissue series, commissioned by label president Don Was as part of a celebration of Blue Note’s 80th anniversary. Joe Harley (the tone poet for whom the series is named) is producing the reissues, and Kevin Gray is mastering them. (With Ron Rambach, Harley and Gray were responsible for the Music Matters audiophile reissues of Blue Note titles.) 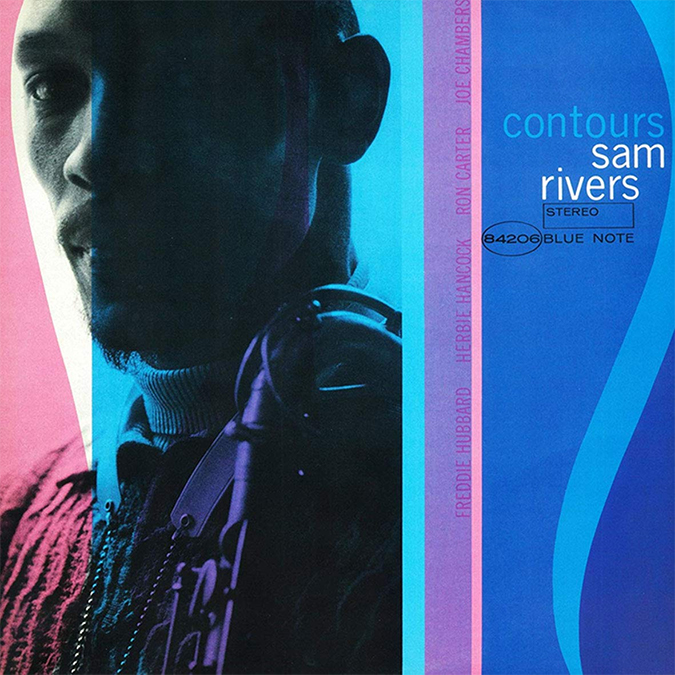 I compared the new LP of Contours with a 2004 CD edition that was part of Blue Note’s Connoisseur series. Ron McMaster had done the 24-bit remastering for that CD, and the resulting bright sound added excitement to the first cut, the hard-swinging “Point of Many Returns.” The new LP tames those highs, which surprisingly opens up and expands the sound of all the tracks, giving each instrument enough space to individually register. For example, the greater separation of Freddie Hubbard’s trumpet from Rivers’s tenor in “Point of Many Returns” lets me hear both instruments more clearly.

Joe Chambers’s ride cymbal and snare are bright on the CD, but Harley and Gray have revealed their natural tones -- the snare’s power is retained, but the accents on toms and hi-hat are brought out more clearly. Rivers’s soprano-sax solo in “Point of Many Returns” is somewhat harsh and bright on CD, but liquid and flowing on the new vinyl. Herbie Hancock’s piano solo unfolds and develops effortlessly, and his chords behind the other players throughout Contours are fuller and more harmonically pleasing.

Hubbard bravely responds to the complexity of Rivers’s compositions throughout Contours, and his solos have deeper emotional shading on the new LP. In “Dance of the Tripedal” he smears notes at points, and in this Tone Poet edition there’s greater emotional clarity and a cleaner presentation of his technique -- his horn sound is nuanced and lyrical even in edgier passages. The complex overtones in Ron Carter’s bass solo are better reproduced in the new remastering, and elsewhere his playing moves with the other instruments in a more satisfying way.

Hancock’s chords in the intro to “Euterpe” hang solidly in air, sustaining and blending convincingly -- when Carter enters, his plucked notes have stronger, firmer attacks. Hancock seems positioned behind and in support of the other players, and when Rivers, on flute, and Hubbard play the main theme, their instruments lock together better. Hubbard’s solo sounds sweeter, and his phrasing is clearer. I could hear Carter’s plucked notes during his solo, and Hancock’s accompaniment supports it with less effort. And the LP conveys much more of the complexity and variety of Chambers’s accompaniment than does the CD. 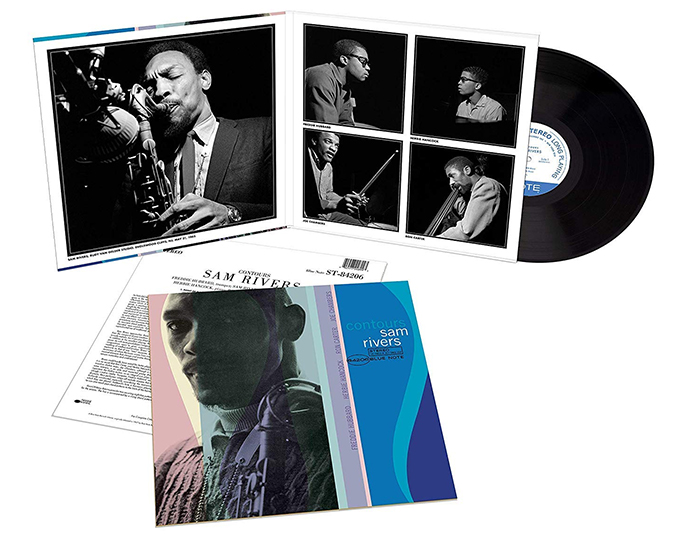 “Mellifluous Cacophony” is the most “out” track on Contours -- in its first few moments the players circle around each other, improvising and sometimes clashing. I can easily follow what’s going on in the new pressing, and when things settle in and Rivers begins a straightforward hard-bop solo on tenor, the notes feel less forced on LP than on CD. Hancock’s comping, both musically and spatially behind Rivers, sounds more elegant on LP. His attacks and the flow of ideas in his solo are vivid and less sharply etched than on CD, where high notes occasionally jar. Chambers’s snare accents pop harder and Carter’s bass is more clearly defined on the new vinyl, but on both CD and LP he is mixed somewhat low.

Contours is cut at a lower volume than either of the other first reissues in the Tone Poet series, Wayne Shorter’s Etcetera and Chick Corea’s Now He Sings, Now He Sobs. I can more easily follow what each musician is doing on this new LP than I can with the CD because of the vinyl’s wider, deeper soundstage. Lowering the volume helps tame some of the CD’s edginess, but the music still feels crowded; the LP lets it breathe.

I suspect that if I heard an early vinyl pressing of Contours, it might in some ways be closer in sound quality to the 2004 CD than to the Tone Poet reissue. A few of the Music Matters reissues had good sound, but lacked the fire that original engineer Rudy Van Gelder gave the first vinyl editions of some of these classic Blue Note titles. Having said that, the musical challenges presented by these tracks are very well served by Joe Harley and Kevin Gray in this beautifully pressed and sumptuously packaged LP.