You have to admire Melody Gardot’s unpredictability. While her first two albums put her firmly in the jazz chanteuse section of the record store with Norah Jones and Madeleine Peyroux, on her third disc, The Absence, she mixed in some bossa nova and other world music. Jones and Peyroux have avoided being pigeonholed themselves, so maybe Gardot does take them as inspiration. At any rate, Currency of Man, her newest disc, has some of the lushness of her previous outings, but the string arrangements more often recall Isaac Hayes or Curtis Mayfield than they do jazz.

The strings and horns on “It Gonna Come,” the track that opens Currency of Man, could be a social-consciousness single from early ’70s Motown -- something like the Temptations’ “Papa Was a Rolling Stone” or the Supremes’ “Love Child.” Images of tough lives on the street lead to this angry declamation: “We all hopin’ for the day that the powers see abdication and run/Said it gonna come, it gonna come.” The band bubbles and cooks behind her, with organist Larry Goldings and baritone sax player Dan Higgins giving the track plenty of atmosphere. 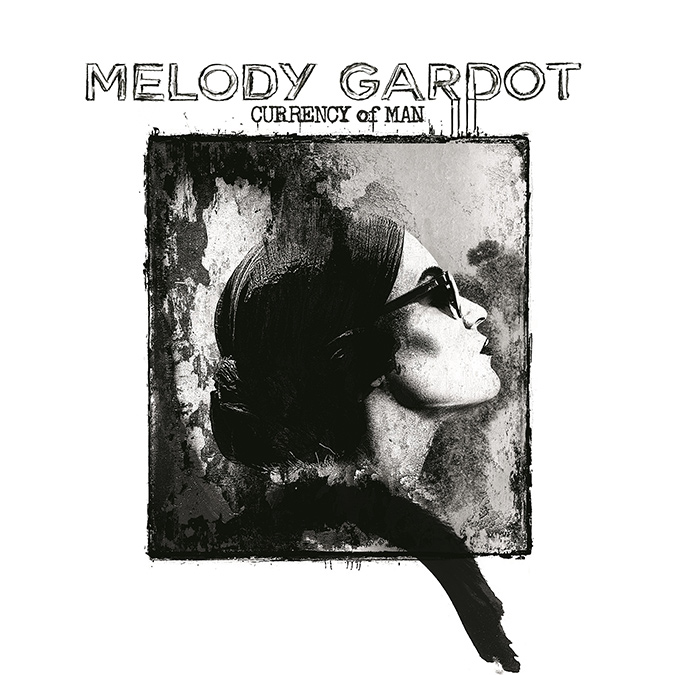 “Preacherman” is a tough southern soul number with an edgy, swampy guitar and a great, fat bass line. Rich, deep harmony vocals from Gardot, Clydene Jackson, and the Waters sisters, Julia and Maxine, give this song about Emmett Till, whose brutal murder in 1955 helped solidify the Civil Rights Movement, a strong emotional pull. “Don’t Talk” begins with a string arrangement reminiscent of Gardot’s first two records, but it quickly takes a turn into soulfulness thanks to Goldings’ understated keyboard lines and another solid bass line, presumably from producer Larry Klein.

The nearly seven-minute “If Ever I Recall Your Face” changes the pace of Currency of Man, a slow and moody ballad built on a simple piano line and an old-fashioned, complex string arrangement. Gardot’s plaintive vocal combines delicacy and strength in a way that is reminiscent of Nina Simone. Gardot often shows the influence of other singers, such as Simone, Édith Piaf, and even Tom Waits, without merely copying them.

She also knows how to write songs that highlight her versatility. Her songwriting shows a wide variety of influences, from jazz to soul and rock, but nothing about Currency of Man feels scattershot or haphazard. Klein is a sympathetic producer who has helped Gardot create ten songs that are distinct in feeling and atmosphere, but the disc is sequenced beautifully and the songs flow into each other in a way that is logical and complete. The diverse players, which include drummer Vinnie Colaiuta and guitarist Dean Parks, rarely call attention to themselves except by bringing exactly what is needed to Gardot’s songs. 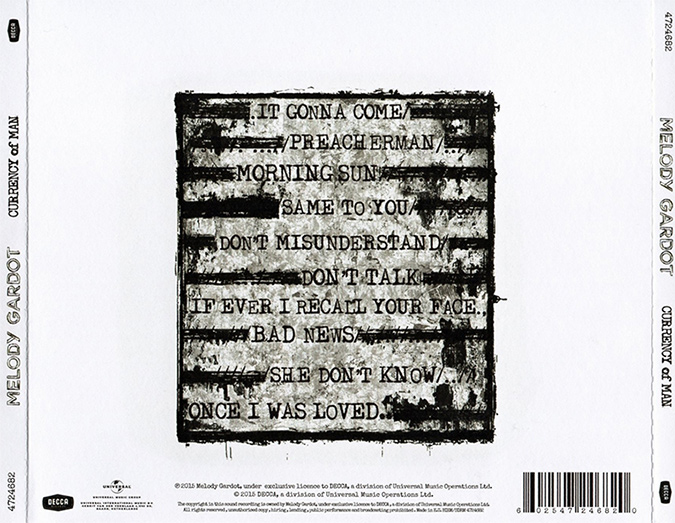 The high-resolution version of Currency of Man is at 24/44.1 and the sound is deep and enveloping, due in part to good mastering from Bernie Grundman. The bass extension is powerful without being overwhelming, and the string arrangements and harmony vocals are sumptuous and involving. Listen to the low-register strings on the achingly beautiful “Once I was Loved,” or the instrumental textures throughout the recording.

Currency of Man shows Gardot’s engagement with the world at large and its problems, but to me it feels even more personal and heartfelt than her previous discs. The fact that it also sounds good helps.