Various Artists: "The Magic & the Mystery of the Piano Trio: Ballads & Lullabies"

I’ve written about the German record label Ozella Music before, in a piece that included a review of Helge Lien’s Natsukashii. Lien is one of the pianists included in Ozella’s The Magic & the Mystery of the Piano Trio: Ballads & Lullabies, which collects 13 tracks by five such ensembles. The compilation is a good overview of Ozella’s brand of jazz, and gives a clue about what young European jazz players are up to now.

Eivind Austad’s take on David Bowie’s “Life on Mars” goes at an easy pace, with drummer Håkon Mjåset Johansen giving gentle support with brushstrokes, and bassist Magne Thormodsæter filling out the song with simple but effective lines. The arrangement focuses on the melody and highlights the song’s beauty while somehow missing its essential strangeness. It’s nonetheless worth a listen, and other tracks I found by Austad on the Web make me eager to hear more, although Ozella has yet to announce the release of a full CD by him. 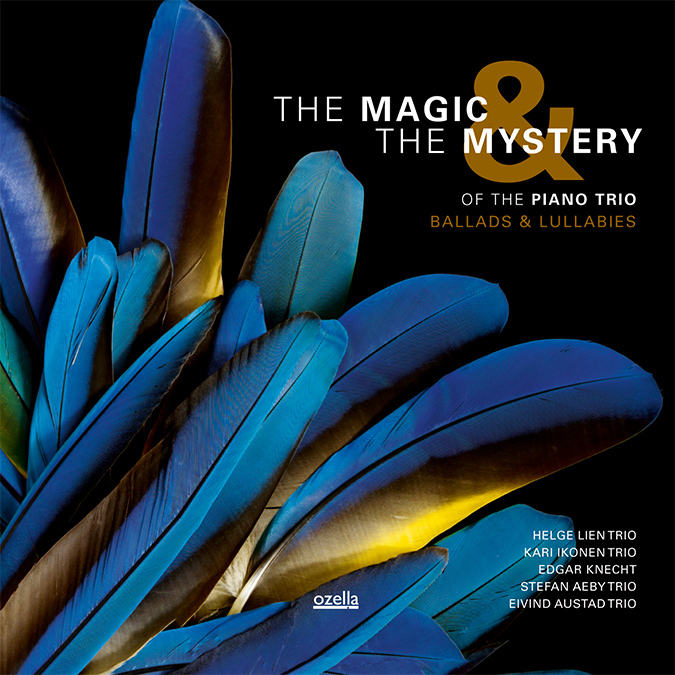 This sampler includes the title track from Helge Lien’s Natsukashii, as well as performances from three of his other Ozella discs. “It Is What It Is, But It Is” is typical of Lien’s ability to write delicately beautiful melodies that are emotionally stirring without descending to sentimentality. Frode Berg’s bass solo is a highlight of the piece, which he and drummer Per Oddvar Johansen help Lien develop with great care. Two tracks from the Helge Lien Trio’s newest disc, Badgers and Other Beings, further impress.

These selections show the influence of European folk traditions and other, more continental strains than American jazz musicians might explore. Kari Ikonen’s “Septentrional” contains hints of Erik Satie, though it blends them with some of the most pronounced jazz in the entire set. These players were probably more influenced by early Keith Jarrett or Bill Evans than by Art Tatum or Bud Powell. I have discs by most of the pianists I’ve mentioned and can strongly recommend them, but they’re often more cerebral and less blues-based than American jazz players.

Because it emphasizes ballads, The Magic & the Mystery of the Piano Trio offers only snapshots of what these players can do -- but if decide to hear more from them, you won’t be disappointed. You’ll also be pleased with the discs’ sound quality, with which Ozella consistently takes great pains.