In December 2017 I wrote the most recent installment of “Jeff’s Getting a New Stereo System,” in which I established an upper limit of $10,000 for a digital source for my new audio rig. The month before that, I’d pegged the total projected system price at no more than $81,900 retail. This figure stands in stark contrast to the $350,000 retail cost of my last audio system, based on Magico Q7 Mk.II loudspeakers and Soulution 7-series electronics, all housed in my custom Music Vault listening room. The response of readers to my downsizing has been overwhelmingly positive. Laurence, of Canada, wrote in a letter, “The series of articles you’ve written regarding your change in direction with respect to audio has been very insightful and interesting. Far more so than [The World’s Best Audio System] could ever be.” He summarized what many others have expressed: “I’m guilty of letting myself get caught up in the vortex of collecting the most expensive gear I could afford. However, in the past couple of years I’ve been divesting myself of it all. Somehow it feels a bit easier to enjoy the music.” Touché.

I, too, welcomed the opportunity to abandon what had been the ethos of my audio obsession for 15 years -- the highest performance at all costs -- and take on a new, more compartmentalized approach: high performance at attainable cost that seeks to maximize sound quality for luxury-sedan money instead of house money. This ain’t SoundStage! Access, and never will be, but I’m now past the silliness.

If the readers’ response was refreshing, the reactions from my SoundStage! colleagues have been, well, something else. E-mails with subject lines like “oh how the mighty have fallen” have come in, with one guy describing the goal of assembling my $80k system as “your little journey of discovery.”

It’s understandable that they might find my journey disconcerting. After all, many audiophiles become reviewers because they see it as a way of building their audio systems at low cost through accommodation prices and long-term product loans, and no longer having to pay the full retail prices faced by regular audiophiles still living in the real world. Tom, a reader from the US who’s a self-professed owner of a $300,000 system, stated in a letter: “Even with the best of equipment and the best of high resolution, it is very difficult to hear the truth, and I don’t mean from the music. It’s a difficult thing to be true to oneself when the spoils are so enticing; I don’t trust one single reviewer, not one.” A blind journey toward ever more expensive gear can have consequences that aren’t anticipated.

What this reviewer is trying to do is immerse myself in products that are still worthy of coverage by SoundStage! Ultra without descending again into the pointless excess of trophy hi-fi. My fellow writers should remember that, just because we can doesn’t necessarily mean we should. My conscience, what I hope is my good sense, and my years in the industry are what guide me. When Tom wrote, “There’s a lot of irony in all this, and false pride. Audio can become too personal, and then it’s a problem,” he really hit the nail on the head, and I plan to remember it. 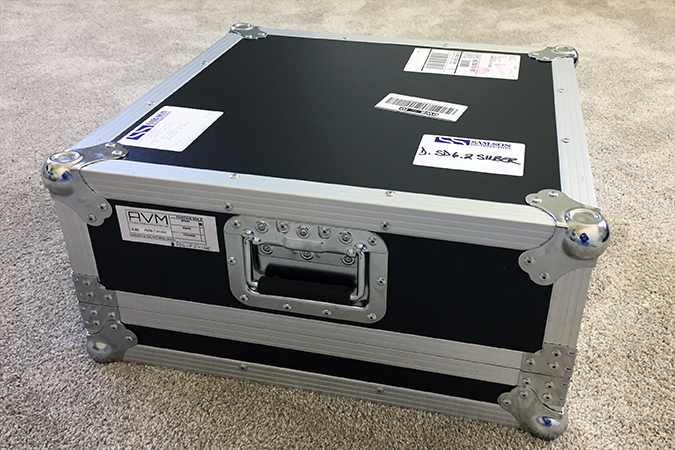 Five grand can get you a really killer digital source component, and lately I’ve been happy with two such: the Hegel Music Systems HD30 digital-to-analog converter with built-in volume control ($4800), and the Linnenberg Elektronik Telemann DAC-preamplifier ($5600). Arriving on my doorstep from Germany just days ago was the AVM Ovation SD6.2 streaming DAC-preamplifier ($9990). It costs considerably more than the other two models mentioned, and I’m anxious to hear if the additional money buys better sound quality and an improved user experience. The AVM does greatly better the Hegel and Linnenberg in its packaging: The Ovation SD6.2 came in a fancy flight case -- pure audio jewelry. The first thing I did was fire off an e-mail to Peder Bäckman, AVM’s Sales Manager Americas, to confirm that the flight case was standard for this model. He told me that it’s standard for all AVM Ovation-series products. It might not contribute to sound quality, but a flight case adds to pride of ownership, which is important in a single component costing around ten grand. 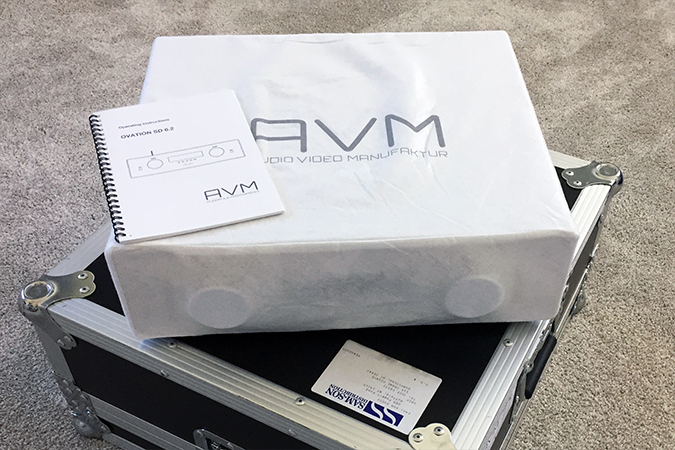 That’s not all. In a week’s time I’m due to get a pair of EgglestonWorks’ Kiva floorstanding speakers ($14,500/pair), which inherit the design DNA of that company’s Viginti ($39,950/pair). I’ve been impressed with the Viginti -- based on what I’ve heard and seen, it’s supercompetitive at or near the hottest price point of Ultra-worthy loudspeakers: $40,000/pair. If the Kiva attains close to the same sound quality -- albeit with less-deep bass due to its 7.5” woofers vs. the Viginti’s 10” drivers -- I’ll be excited. 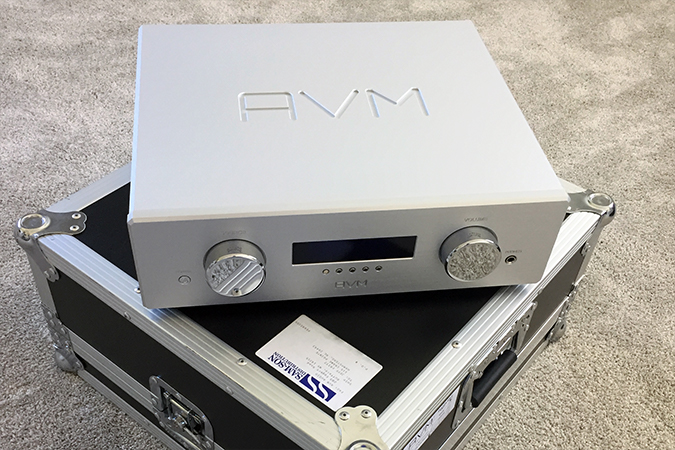 Now that I’m in my new room and settling in nicely, more gear is in the works. Stay tuned.