Some of you guys might remember Randall Smith, who wrote for the SoundStage! sites from 2006 to 2013. He reviewed a lot of home-theater gear, but also integrated amplifiers from the likes of Simaudio and Boulder, speakers from companies as varied as KEF and Rockport Technologies, subwoofers from JL Audio, and a source component from Esoteric. He accompanied me to Maine to pick up the Rockport Arrakis speakers that formed the heart of The World’s Best Audio System 2009, and has been to Canada to tour the R&D facilities of Paradigm and Axiom Audio. He’s helped schlep countless speakers and amps into my Music Vault listening room, a space he helped construct in 2006. (Randall lives only minutes away from me.) In short, Randall has not only been around the high-end industry, he’s been my friend and accomplice in my own audio adventures. 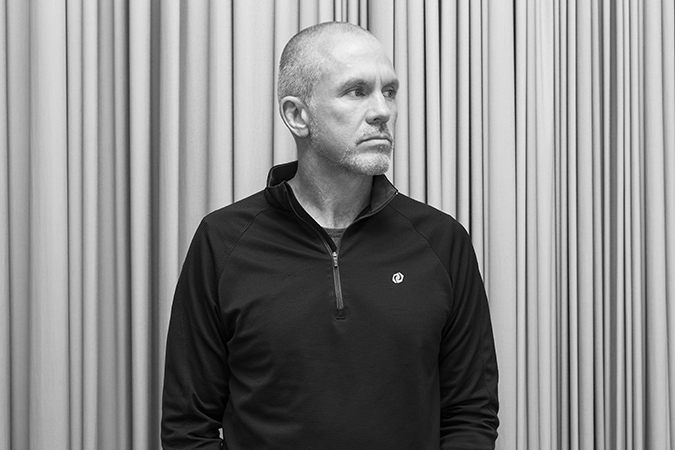 Although Randall stopped reviewing for SoundStage! about four years ago, when he and his wife had their first child, he still enjoys a very capable home-theater system of Sonus Faber speakers and Anthem electronics. Back when we were constantly angling for better audio gear and were both reviewing, we talked every day. Now we chat about once every two weeks, and as much about kids as about audio.

I began thinking about a big change in my audio system a year or so ago. I remember the conversation in which I broke the news to Randall: “I’m thinking about selling everything and going smaller.”

“You won’t be able to do it,” he quickly shot back. “You need to be as close to the bleeding edge of performance as you can get. You can’t control it. It’s part of who you are.”

At that point, I hadn’t yet committed to downsizing -- I was still trying on the idea for size. Up to that point, the Music Vault had housed one flagship speaker model after another: the Wilson Audio Specialties X2, the Rockport Arrakis, the Magico Q7 -- and before all of them had been Wilson’s X-1 Grand SLAMMs. Every one of those flagship speakers had been matched with flagship electronics. I’d been into this cutting-edge thing -- this expensive thing -- for a long time.

But as time moved on, the thought of a wholesale change in my approach to audio began to put down roots. I talked again with Randall: “Yep, I’m gonna do it. The question is, where do I go from here? I’m thinking I could be happy with speakers for about $30,000/pair.”

He wasn’t buying it. “You won’t be happy with that. You need something special. Nothing at that price is going to be special enough to satisfy you.”

Was he right? I wondered. For as long as I could remember, my identity as an audiophile reviewer had been The Guy Who Pursued The Very Best, with all the money I could muster. I used to own a 900-pound Wilson XS subwoofer. Need I say more?

Some months later came my third conversation with Randall on the subject, and it was the turning point: “Randall, I’m looking at Paradigm’s new Persona line and thinking they could be it -- maybe paired with a really good integrated. I’ve heard the Paradigm Concept 4F speakers that these Personas are based on, and I think there’s a lot of promise. The second-from-the-top model costs about 25 grand a pair.”

There was a short silence. Randall realized that something had changed. “I don’t know you as an audiophile any more,” he said. He was only half joking.

I’ve read a number of comments on “Jeff’s Getting a New Stereo System: Part One,” some in the form of letters that folks have written me, but also on some of the better audio forums, such as What’s Best and AudioShark. People seem to be having fun debating which way I’ll go. Will my $400,000 system shrink to something worth $100,000 -- or even $50,000? One poster posited that downsizing might mean I’d replace my Magico Q7 Mk.IIs, which retail for $229,000/pair, with Magico’s new M6es, for “only” $172,000/pair. But could you even call that downsizing? I can tell you now that I won’t be getting the Magico M6, or anything at anywhere close to its price. Another poster surmised that I’d go with something from a company that takes advantage of economies of scale -- to me, for speakers, that means something like Paradigm or Bowers & Wilkins. Anyway, they’re in the ballpark.

Why am I doing all this? Ron Resnick, on What’s Best, got pretty close: “I interpreted Jeff’s essay to mean that he is going to be cashing out some of the value of his current SOTA system and replacing it with a less expensive but more value-oriented and still great-sounding system. I interpreted the essay to mean [that] Jeff effectively is going to be moving down the diminishing returns curve.”

I’m still figuring this out. I don’t want to run out and buy something too quickly, then regret my decision. One guy on one of the forums postulated that I could simply live off review gear for a while. Who knows? For now, that might be the most prudent move.

I can say this: In my garage as I write -- but in my room by the time you read this -- is a pair of Dynaudio Contour 60 speakers. I’m not reviewing them because Dynaudio asked me to. I contacted the company and asked specifically for this model, because it excites me in ways that the latest Magico or Rockport speaker used to. It has things that really attract me: proprietary drivers made in-house; an aluminum front baffle; a multilayered cabinet; it’s a full three-way design with very respectable specified bass extension down to 28Hz, +/-3dB; and it costs $10,000/pair.

Could a $10,000 pair of speakers really satisfy me for the next long while, after all the hugely expensive speakers I’ve lived with over the last 20 years? I’m sure I’ll be able to answer that question more definitively in a few months, but right now, I find even the thought of it exciting.

Breaking news: I’ve just seen the press release for McIntosh Laboratory’s new MA9000 integrated amplifier. This 101-pound beast puts out 300Wpc, sports tone controls and a built-in DAC, and retails for $10,500. I wonder: Pair the MA9000 with my laptop and the Dynaudio Contour 60s? Could it be that, these days, all it would take to satisfy me would be an investment of 20 grand?

It’s a question I need the answer to, and there’s only one way to find it.