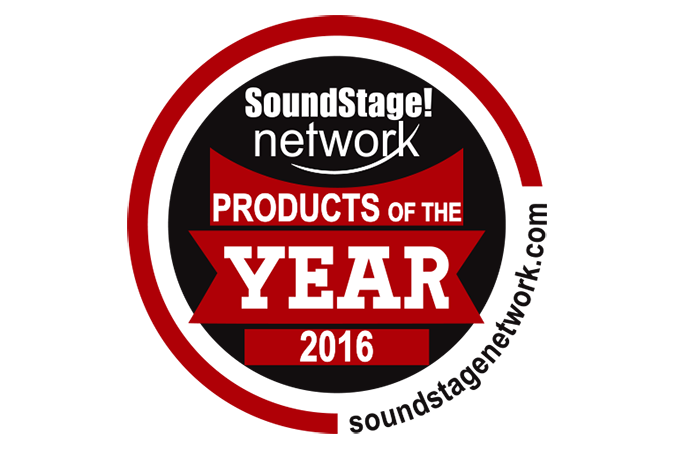 As you read this, we’re mere weeks away from the publication of Doug Schneider’s review of the Devialet Gold Phantom, complete with the world’s first third-party anechoic measurements of them. As the Gold Phantom will be the subject of much virtual ink in our pages, don’t forget about that other Phantom, the Silver ($2390 USD each), a technological wonder unto itself. Never before has the world seen a package as compact, complete, and affordable as the Silver Phantom, especially when you consider the high-end sound it produces. Don’t let the old fogies of the high-end press tell you that it’s just another Bluetooth speaker. It’s so much more.

The Blade Two is not your daddy’s KEF. Oh, you can still buy properly boxy KEF speakers, but this ain’t that. The cool thing is that the Blade Two ($24,999.99/pair) is a prime example of form following function. KEF’s engineers designed the Blade Two so that the acoustic properties of its cabinet get out of the way of the output of their advanced drive-units better than any mere box can. That they were able to do this while making a visual statement that so many find modern and attractive is testament to KEF’s prowess in engineering and design.

Many audiophiles dream of owning a Gryphon amplification device, but let’s face it -- the cost of a system comprising Gryphon separates can soar into the stratosphere. That’s why the Diablo 300 (€17,600 with DAC) is so important. Not only do you get real Gryphon amplification -- look at the size of the toroid inside this beast -- you also get preamplifier functionality and digital-to-analog conversion. The Diablo 300 will deliver 300 or 600 or 950Wpc into, respectively, 8 or 4 or 2 ohms -- enough power to drive almost any conceivable loudspeaker. That you can have an entire Gryphon electronics “system” in a single box -- albeit a serious box -- is remarkable.

Combining amplification and wired and wireless connectivity in a bookshelf speaker is neither new nor particularly innovative. But add features such as 96kHz compatibility and capacitive buttons on the cabinet for control, and things get more interesting. Now add Dynaudio drive-units designed to produce high-end sound quality, put it all in a package that most people will find domestically acceptable, and you have a recipe for success. The Xeo 2 ($1599/pair) could make deep inroads into the music-loving public’s listening habits.

Knowing Devialet’s amplification components as well as I do definitely affected my review of their Expert 1000 Pro ($34,990/pair) in not-so-subtle ways. There was no way I could be as shocked as I initially was in 2014, when I first heard Devialet’s 120 DAC-integrated amplifier. I expected the Expert 1000 Pro to sound even better-- and I was not disappointed. In a word, it’s spectacular. There has never been sound this good from an amplification device this pretty.

If you haven’t heard a Vivid Audio speaker, you’re missing the boat. Don’t dismiss them for their futuristic looks; don’t make any broad assumptions based on a feature or design element that doesn’t align with your worldview of such things; and most important, don’t be surprised when the sound of a Vivid blows you away. The Oval B1 Decade ($28,000/pair) incorporates everything that designer Laurence Dickie has learned since he began creating Vivid speakers a decade ago. This is one to hear.

I’m not going to start with “class-D comes of age,” or anything else that makes it sound as if I’ve been living under a rock. Class-D came of age a while ago. But if you missed it, now’s the time to hear a proper class-D amp, and there’s no better example than Mola Mola’s Kaluga mono ($16,500/pair). Designer Bruno Putzeys pretty much wrote the book on class-D, and this is his best work. ’Nuff said.

The Zanden Audio Systems Model 3100 ($12,500) is at once an artistic statement and a sonic masterpiece. While a tubed line stage might not seem like a groundbreaking component, many audiophiles will swear that their systems simply sound better when controlled by a standalone preamplifier. For those audiophiles not content with the volume-control and connectivity options offered by, say, the latest full-featured DAC, Zanden’s Model 3100 should make most of you swoon. It did us.

Some of the most serious high-end systems in the world claim a turntable as their primary source, and it’s for the people who own such systems that Luxman Corporation designed their EQ-500 phono stage ($7490). A model of neutrality, the EQ-500 will mine your LPs for details you didn’t know their grooves contained. Add to that its heirloom build quality, and you have a phono stage that could anchor an epic LP playback system.

Remember when it seemed that everyone was making home-theater electronics, and there were processors and multichannel amps around every corner? Well, the cost of keeping up with all the latest features and sound codecs proved too much for many manufacturers, especially those who made A/V processors. Anthem made, well, a statement with their original Statement D1 processor, and ever since has been making improvements to their home-theater line. The AVM 60 ($3199) has all the latest goodies, including the most recent version of Anthem Room Correction (ARC). As the perfect centerpiece for a separates-based home theater, the AVM 60 is hard to beat.

Power may corrupt, but clean power is necessary to make your system sound its best. When you read our review of the PowerCell 12 UEF SE ($5995), you’ll see that Ted Denney and his engineers at Synergistic Research have apparently thrown every technology at their disposal into this model. In fact, when Doug Schneider called me to talk about Howard Kneller’s review of the PowerCell 12, which he’d just read, he said, “I want to hear one of these.” That always lets me know that the writer has been super-enthusiastic about the component reviewed, and that his enthusiasm has come through clearly in the article. Read HK’s review and see if you don’t want to hear one, too.

At $3999, PS Audio’s PerfectWave DirectStream Junior digital-to-analog converter is not what I’d call a budget component. But it’s also not extravagantly priced, and offers superb sound and admirable build quality. If you were hankering for the original DirectStream but couldn’t quite swing its six-grand price tag, Jr. gives you a large portion of Sr.’s technology, build, and, most important, sound quality -- for two-thirds the price. How can you argue with that?

I can’t recall how often I read, before the headphone boom of the last five years, that this or that reviewer’s reference headphones were Sennheisers, but it was pretty often. Now, ever since the Beats by Dr. Dre revolution, headphones made by everyone are everywhere -- if I were to make a short list of which models might be worth hearing, I wouldn’t know where to start. But it seems that the more the headphone market changes, the more it stays the same: Sennheisers are still tops for many reviewers and, from what I’ve seen, rank-and-file audiophiles as well. Sennheiser’s HD 800 S model ($1699) looks to continue the company’s success well into the future.

The GoldenEar Technology Triton Two+ ($3499.98/pair) is what you buy when you want to maximize sound quality for dollars spent. With full-range sound -- the bass is provided by a 5” x 9” quadratic woofer powered by an 800W ForceField amplifier, the highs by a ribbon tweeter -- you won’t get shortchanged one bit by the Triton Three+. I suspect that this speaker, in a blind test, would put many other audiophile loudspeakers to shame.

Rogue Audio’s RP-1 ($1695) is what you buy when you want a tube preamplifier and don’t want to spend more than a couple thousand dollars. But the RP-1 is much more than that. It has a fantastic phono stage that’s no mere afterthought, like the ones seen in many preamps costing multiples of the RP-1’s price. If you’re considering getting into vinyl, or are already spinning records and want to upgrade from that cheapie phono stage you’ve been getting by with, then kill two birds with one stone and buy the RP-1 full-featured preamp.

At $4300, Simaudio’s Moon Neo 330A is similar to PS Audio’s PerfectWave DirectStream Junior DAC (see above): by no means the least expensive amp you can buy, but at a price that many audiophiles can be comfortable with. In other words, it’s attainable. But it’s a Simaudio, and with that comes the experience and workmanship that this Canadian brand lavishes on all its products. In the right system, the Moon Neo 330A can provide a healthy dose of super-high-end sound without breaking the bank.

AKG’s N60 NCs ($249) offer three things that helped them make this list: their sound is substantially neutral, their noise canceling makes them excellent partners in noisy environments, and their portability offers lots of possibilities to travelers, whether they’re commuting on a train or flying across the Atlantic. And when you consider their reasonable price, you can see that it would be hard to go wrong with these guys.

Designer Paul Barton’s best subwoofer yet is something to take notice of. And we did, making sure we got a review sample as soon as they became available. PSB’s SubSeries 450 DSP-controlled subwoofer ($1499.99) is priced pretty doggone low for a flagship model, and its sound quality didn’t disappoint. Whether your thing is music or movies, the SubSeries 450 will be equally at home with you. A can’t-miss recommendation.