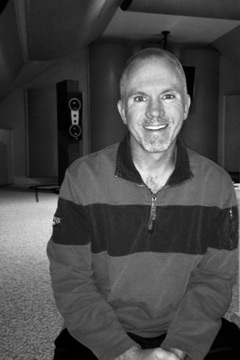 The second change was the addition of a Torus Power WM100 BAL on-wall power-conditioning system. This transformer-based conditioner supplies the Vault with two 20-amp lines and four 15-amp lines, thus using all of the Torus’s 100A capacity and, effectively, electrically decoupling the room from the outside world. In the months since, I have found that this single change has rendered moot any benefit my system’s sound was deriving from the power conditioners I’d plugged into the wall. The Torus is not cheap at $8550 USD, but it’s a single comprehensive solution that leaves nothing to chance.

In preparation for TWBAS 2012, I also had installed a new way of getting big speakers into and out of the Vault. You can read about that craziness in “Blowin’ the Vault.” 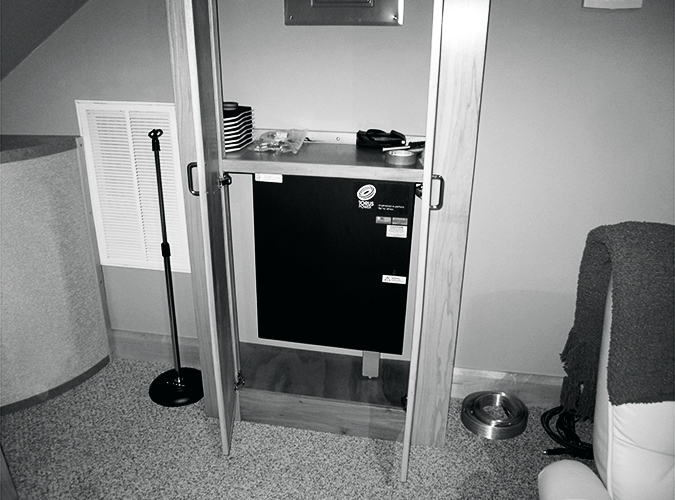 The main reason for having a reference listening room is to provide as sonically neutral an environment as possible in which to review components -- something that’s especially relevant for loudspeakers. Acoustic anomalies due to room interactions can alter a speaker’s inherent performance to such an extent that a reviewer is hearing more room problems than speaker sound. In fact, some acousticians believe that what we hear when we listen to a recording is as much as 60% room and 40% speaker. After all, a speaker propagates sound through 360 degrees (the lower the frequency, the less directional the sound). The reflections of the speaker’s output off the walls, floor, and ceiling combine with the direct sound from the speaker and make its way back to the listener. Terry Montlick told me long ago that the problem with average rooms is, “nearly always, excess or uneven reverberation. An ordinary sheetrocked residential room is perhaps second only to a concrete bunker for excess reverberation. Another major problem is the existence of discrete early reflections (those occurring within the first 15 milliseconds or so after the direct sound hits your ears). Early reflections that are too loud will distort the front soundstage. These need to be either absorbed or diffused, so that the energy doesn’t arrive in a single big wallop.” In short, rooms have problems, and those problems need fixin’.

It’s easy to understand why a reviewer would want to listen to audio gear in a room that’s as sonically neutral as possible. I’ve never bought the argument that because speakers must operate in their owners’ “real rooms,” reviewers shouldn’t have “special” rooms that most readers can’t afford to replicate. My reason is simple: Rooms vary in size and shape. There is no such thing as an “average” reader listening room. Therefore, every room will present its own unique set of acoustic challenges. However, a room that is neutral, for all intents and purposes, can at least provide a level playing field for all speakers, and therefore give the reviewer a context for the apples-with-apples comparisons that we like to make. Here are a few clear-as-day examples:

Dynaudio has long made the measured performance of their products a primary design focus. Look at our acoustic measurements of their C4 loudspeaker, taken in the anechoic chamber of Canada’s National Research Council in May 2003. One thing is striking: the almost ruler-flat frequency response from 500 to 5000Hz. Below are the measurements I took in the Music Vault of Dynaudio’s smaller C2 speaker. The C2 should have an acoustical output similar to the larger C4’s because of the two models’ identical midrange-tweeter driver layouts. Notice that, between 500 and 5000Hz, the in-room response is +/-1.5dB -- almost ruler flat, and very like the anechoic measurements of the C4. What this tells you is that the inherent performance of the loudspeaker was maintained when the loudspeaker was inserted in the room. That makes the listening impressions that much more accurate. 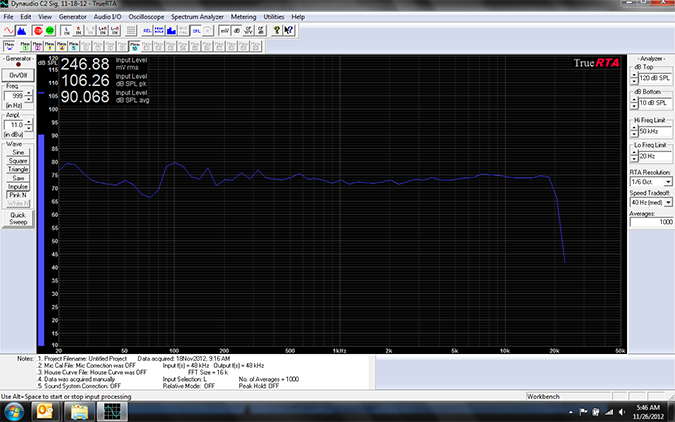 Another example: We’ve never measured a Raidho Acoustics loudspeaker at the NRC, but designer Michael Børresen told me, in an interview I conducted while reviewing his C2.1 loudspeaker, that he engineers in “a deliberate suckout in the crossover region where the frequency response has a 2-3dB dip centered at the crossover point.” This smile-shaped depression can be clearly seen as centered at around 3kHz in the in-room response, meaning that the acoustic performance that Børresen intended me to experience made it through unscathed, even when filtered by the room the speakers were placed in. 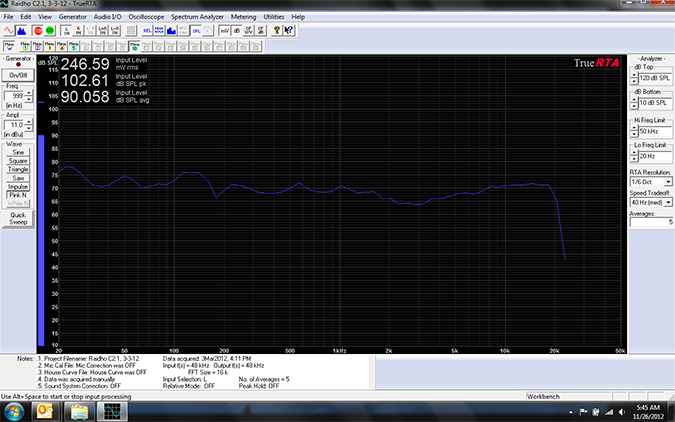 In short, the room must preserve the speaker’s inherent sound if the reviewer is to correctly identify it and then describe it to you. I don’t claim that the Music Vault is a perfect room -- perfect rooms don’t exist. I deal with bass anomalies, just as everyone else does, though they’re relatively minor, and I can usually correct for these with adjustments of listening and/or speaker positions. Still, it has become obvious to me, to the listeners who have visited here, and to the designers whose products I’ve auditioned, that what is intended to be heard is what is heard in the Music Vault.