TWBAS 2012 and Super Speakers: Get Ready for Action 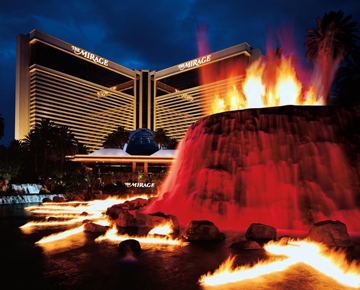 I can hardly contain my excitement. Of all the articles and reviews I write each year for the SoundStage! Network, none gets me more juiced than expounding on our The World’s Best Audio System events and diving into our coverage of the annual Consumer Electronics Show. Here’s your insider’s guide to what’s coming and where to find it, and a few tidbits of information that might pique your interest.

On Sunday, January 8, at about 4:30 p.m., the SoundStage! Network will broadcast streaming video and photos from the Mirage Hotel and Casino, revealing the components that will comprise TWBAS 2012 -- a two-channel audio system that I predict will be sine pari. Bookmark www.SoundStageGlobal.com right now. I’ll be there, along with our SoundStage! Network staff, and will host a number of the companies that will be participating in TWBAS 2012 in March. You’ll hear about the products and learn why they were selected -- mostly live.

The speakers I’ve selected are 94dB-efficient, biwirable, 750-pound dynamic-driver floorstanders that no one reading this article has ever heard before. I was clued in to the development of these $165,000/pair (USD) technological juggernauts a few months ago, and have since been privy to some of the ongoing engineering work undertaken in creating them. I don’t think I’m overstating things when I say that a new high ground for loudspeakers could be achieved with the introduction of these speakers.

I’ve taken a more thorough, ground-up approach to power conditioning for TWBAS 2012, one that I think suits my Music Vault listening room better than any simple box-type power conditioner ever could. This approach has required some preparatory work on my part, but I believe the sonic result will be well worth it.

The source components -- both digital (sorry, analog friends!) -- are at the bleeding edge of technology at a time when new digital just keeps getting better and better. One of these products is from a long-established industry leader, the other from a virtual upstart -- but perhaps what’s most impressive about both is their maturity.

The cables I’ve chosen are the most advanced that can be made, from a company with tremendous research-and-development resources. No expense has been spared, but the keys are the design elements that make these cables’ exalted performance possible -- including, in case you’re wondering, uniquely refined solid-core silver conductors.

We’ve also spared no expense in accomplishing industry-leading isolation of each component from resonances. The vibration-killing products we’ve chosen for this job are worthy of deep experimental exploration, particularly one product that will be announced for the first time on January 8.

Oh -- did I forget to mention electronics: the amplifiers and preamplifier? The power amps, in particular, are configured in a way I don’t think anyone has ever attempted before. In fact, they almost defy any accepted definition of stereo or monoblock amplifier. The power amps alone cost a whopping $160,000, but what might be most striking about them is their configuration.

And if you love inspiring music so well recorded that it will be the go-to reference for demonstrating your system, we have big news for you.

The day after the announcement of TWBAS 2012, I’ll begin anew my series of "Super Speakers," which debuted at CES 2011. For those of you who missed it, here are the installments from last year:

This year I’ll continue to explore Super Speakers, a product category near and dear to my heart. I know of several ambitious speakers that will be demonstrated at CES 2012, but this year I’ll go beyond simple descriptions and interviews. With the help of Doug Schneider, I’ll show you some close-up views of these special products, and delve deeper into their technology than we have in past years. I’ll also be on the lookout for any Super Speaker Pretenders -- products that cost an arm and a leg (or two) but that sound, at best, mediocre, and at worst are mere poseurs. That coverage will begin on January 9, if not before.

If you love Ultra Audio-type gear, the next two weeks should be pretty killer. I’m neck-deep in preparations right now, so buckle your boots and get ready!