When Should You Upgrade Your Stereo System?

In all of high-end audio, is there a more loaded question? And if ever a question could be answered with “Depends who you ask,” this is it.

At first glance, the answer seems obvious: If, when you audition a component you’re thinking of buying, it sounds better than what you have now, and you have the money and want to spend it, well, that’s a good time to upgrade.

Or: When you hear a change that makes you enjoy your music more and you can afford it, go for it.

Those sound like two different wordings of the same answer, don’t they. I don’t think they are.

New models of audio components are released all the time. The manufacturer(s) of the components you now own will likely replace them in the not-too-distant future, if they haven’t already. For a long time now, most manufacturers have paced their rollouts of new models, or updates of their well-established models, to a rhythm of once every three to five years, and consumers of high-end audio gear seem to have accepted that rhythm as an industry norm similar to what we’ve long been used to with cars. New smartphones come faster still.

An example: Each year for the last few years, Apple has released an update of their iPhone—or two or three—and a buddy of mine is always one of the first in line to buy it. This desire to stay current costs him a thousand bucks or so each year, but it’s worth it to him to have the latest, greatest iPhone. And he can afford it. 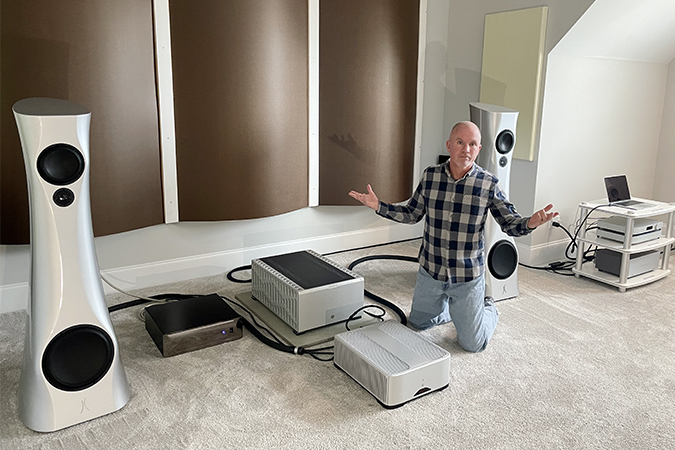 But high-end audio often requires investing a lot more cash than that, and more money means more factors come into play when deciding to upgrade—at least, they do for me. For instance, let’s assume I buy a new model of digital-to-analog converter (DAC) shortly after its launch, I’m really happy with its sound in my system, and I keep it for two years. Then, through the audio grapevine, I hear that its manufacturer is developing a new DAC that will soon replace the model I own. I can tell you, from long experience, that at that point I’ll start to feel a mounting pressure. Should I sell my old DAC before the new model is announced, to take advantage of what will probably be its higher resale value, and thus have more cash to invest in the new one? Other questions emerge: Do I feel confident enough in this manufacturer to know there will be enough of an improvement in sound to warrant the cost of the upgrade? Even if I do have that confidence, there’s still the risk that I’ll end up concluding that the old model sounded better. What to do?

The problem with the above scenario is that I have no idea 1) if I’ll hear any improvement from the new model; and, even if I do, 2) whether or not that improvement will result in my enjoying my music more. The latter, after all, is the highest bar an audiophile can set for a component, and should always be the most important determining factor in any audio purchase. Right?

It’s too easy to want the new model simply because it’s new. In “Want Stuff? Why We Are Driven to Buy More,” an article published in June 2019 on the Psychology Today website, Regan A.R. Gurung, Ph.D., wrote: “At the heart of it all, stuff makes us feel good, and we all love feeling good. Many human behaviors are rewarded with pleasurable feelings (caused by the chemical dopamine). Buying stuff can release those same pleasure chemicals, and for many of us, our natural addiction to feeling good can hence be easily satisfied by buying something.”

There are other pressures. For instance, when selling what we currently own in order to buy the new thing we think we want, we don’t want to “lose” any more money than we have to. Also, what if the new DAC is launched with an introductory price that promises to substantially increase in six months? What if our dealer will give us a more generous trade-in allowance if we commit to buying now?

Then there’s the warranty. What if the three-year warranty of your current DAC is about to expire? Your fears of a costly repair are exacerbated by the fact that your DAC was made on the other side of the world and must be sent back there to be fixed—more pressure you might feel to upgrade now, not later.

If you’ve upgraded components based on any of the reasons outlined above, I’m not here to judge you. I’ve done the same. But I think we should hew to a higher standard.

The gold-standard reason for upgrading an audio component should be obvious: the listener’s increased enjoyment of recorded music. But let’s be sure we don’t confuse this with a somewhat lower bar: the upgrade provides better sound. Remember that age-old audiophile debate: Does a given change of component make the system sound better or merely different? In my experience, audiophiles who hear a difference as soon as they replace an old component with a new one often instantly conclude that that difference must be an improvement. Only later do they have second thoughts: “It’s different, but it’s not better.” I think the lowest bar we should set should be “I hear an improvement,” which might actually end up meaning only “I hear a difference.”

The highest bar, again, is this: that your upgrade helps you enjoy your music more than you did before. That’s a pretty high bar—but if you’re considering spending thousands of dollars, shouldn’t the bar be high? 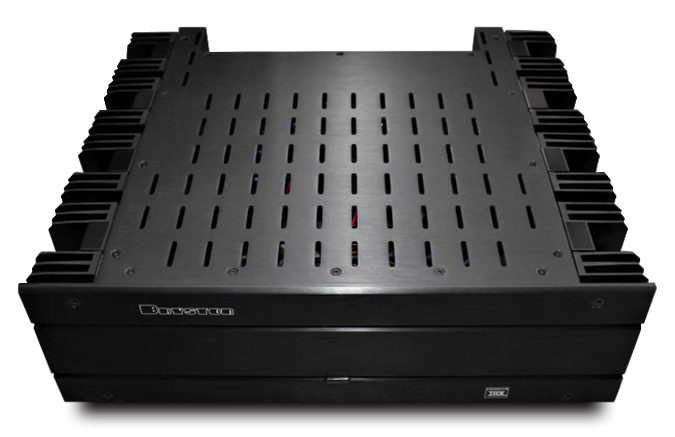 [W]hen we updated from SST Squared to Cubed, we kept all that punch, dynamics, and presence in the old series, but opened a new window into clarity and spaciousness with the new series. From series to series we have also been able to lower the noise floor to the point where we are approaching the thermal noise of the components. This results in a listen-through factor that allows for very low-level auditory cues to manifest themselves.

That sort of thing makes me think I’d enjoy listening to Bryston’s Cubed amps more than I would the Squares—and it begs a question I’m sure some of you are already asking: Can you hear an improvement in the sound but not enjoy the music more? Yes. Perhaps you can hear more details. Maybe the bass goes deeper, and/or the highs higher. Maybe the sound is more neutral. Experience has taught me that when I can identify these types of improvements, I usually am enjoying the music more because of them—and, perhaps, because of other improvements I can hear but can’t quite define. 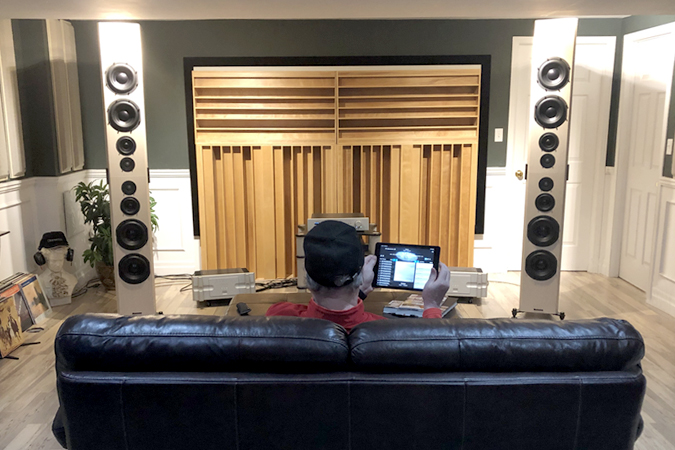 But sometimes, a difference that seems like an improvement in sound quality doesn’t result in my enjoying music more. It’s been my experience that I can hear something that’s better in the ways we audiophiles generally describe as “better”—more transparent, more focused, etc.—without my enjoying my music more. I’ve heard speakers that seemed to reproduce frequencies higher in the audioband than the speakers I owned, but nonetheless, I just shrugged my shoulders at their sound. It didn’t move me more. I didn’t enjoy it more. Are such improvements still a good reason to upgrade? Gary Dayton goes to the heart of it:

[T]here are some more subtle cues that maybe you need to upgrade. If your system that you used to love most dearly no longer leads you to discover more music, if you get too easily distracted while listening, or you would rather hang out with your friends instead of listening to music (just kidding—your friends are important!), spend some time trying to figure out what no longer inspires you about the sound and see if you can address that in the form of an upgrade.

I think that if all of us were to use the criterion of enjoying our music more as the single most important reason for deciding whether or not to upgrade a component, we’d likely save a lot of money, and would put more pressure on audio manufacturers to innovate. Make something that I’ll enjoy listening to more, and I’ll open my wallet—that shiny new component will be doing precisely what I most want it to do.